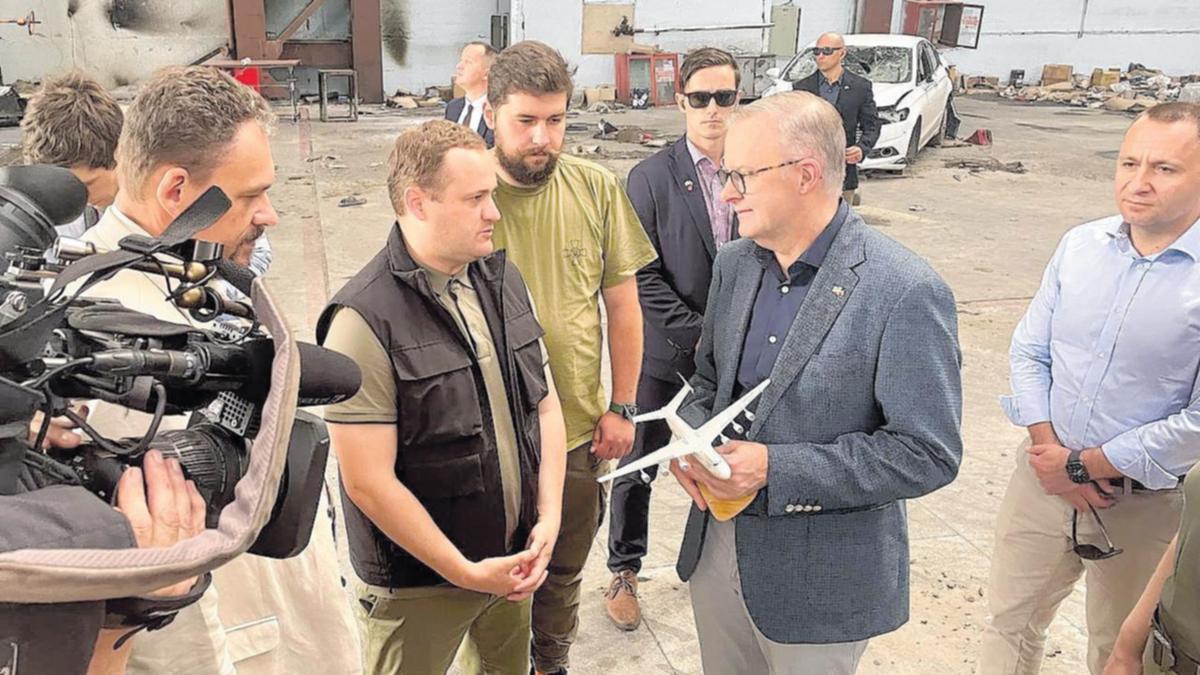 Anthony Albanese has become the first Australian Prime Minister to visit Ukraine — witnessing the sites of Russian atrocities in three war-torn towns in the country’s capital.

The trip, kept under lock and key by the Prime Minister’s office for security reasons, was confirmed late on Sunday night when international media revealed Mr Albanese had visited the cities of Bucha, Irpin, and Hostomel in Kyiv — some of the worst-hit regions by Russian forces against civilians.

Russia, however, denies these allegations.

“He was amazed by what he saw — destroyed civilian houses, traces of mines, destroyed Antonov airport.”

Mr Albanese is expected to return to Australia on Tuesday after being in Europe for the past week.

He attended the NATO summit in Madrid, condemning Russian President Vladimir Putin and the Ukraine invasion as “brutal, illegal and unjustified”, before flying to France at the invitation of Emmanuel Macron.

Ukraine President Volodymyr Zelensky urged Mr Albanese to stop in Kyiv after attending the NATO summit last week, where world leaders looked at ways to step up their support for Ukraine after the country pleaded for more civil and military aid.

It comes after Mr Zelensky addressed Federal Parliament in Canberra in March in a special address via video link to ask for new sanctions against Russia while praising the “common understanding” with Australia.

On Saturday, it was announced former Prime Minister Kevin Rudd had been appointed to an international advisory group — set up by Mr Zelensky in May — to look at ways to prevent future attacks from Russia.

Aggression has ramped up by Russia in the past week with attacks on the centre of Kyiv and a missile strike on a shopping mall that killed at least 20 people.

Denial of responsibility! Yours Bulletin is an automatic aggregator of the all world’s media. In each content, the hyperlink to the primary source is specified. All trademarks belong to their rightful owners, all materials to their authors. If you are the owner of the content and do not want us to publish your materials, please contact us by email – [email protected]. The content will be deleted within 24 hours.
Anthony AlbaneseConflict and WarEuropeFederal PoliticslaborNewspoliticsworld news
0
Share

TABOR checks in the mail through Colorado Cash Back program

‘I am here to kill the Queen’: Supermarket worker Jaswant Singh Chail charged with…

Chipotle’s New Scented Candle Is a Nod to…