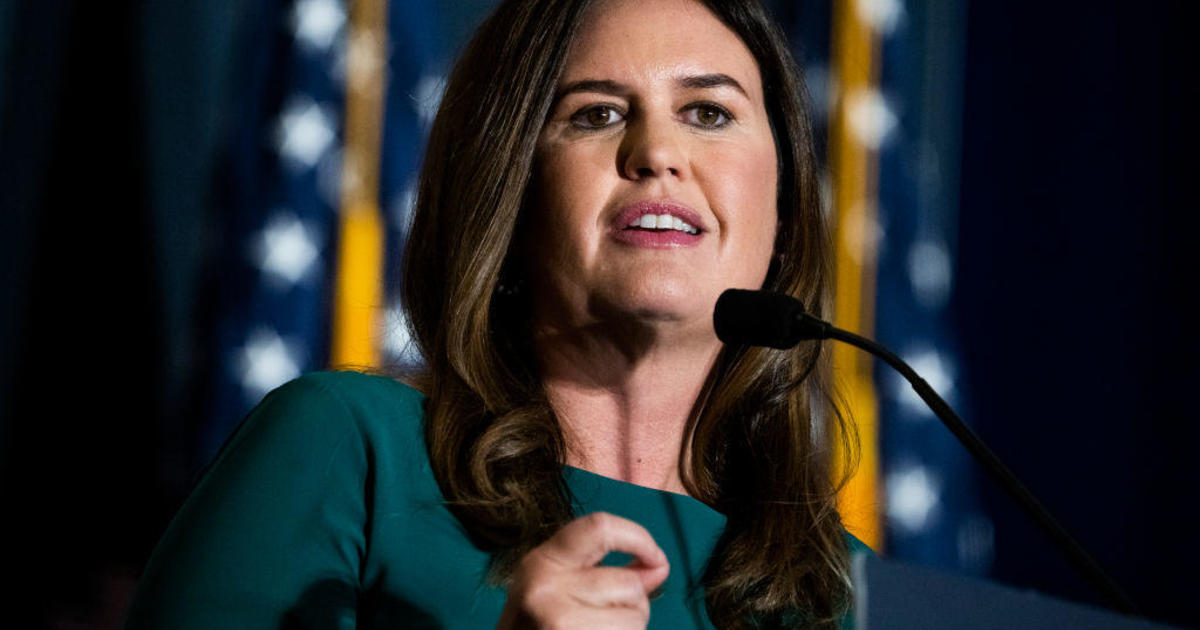 Sarah Huckabee Sanders issued a controversial executive order the day she was inaugurated as governor of Arkansas, issuing an order banning “Latinx” from government documents and calling the gender-neutral term “insensitive.”

The order, which she says was issued “to respect the Latino community,” says that “ethnically insensitive and pejorative language,” and the term Latinx specifically, “has no place” in government documents or employee titles.

Latinx, by definition, is a gender-neutral alternative to Latina or Latino.

“One can no more easily remove gender from Spanish and other romance languages than one can remove vowels and verbs from English,” the order says. “It is the policy of the Governor’s administration to prohibit the use of culturally insensitive words for official state government business.”

Sanders ordered that all state entities review their official documents and submit a written report to her office about the current use of the term. State offices and agencies have less than 60 days to revise all existing materials to replace any form of Latinx with Hispanic, Latino or other iterations of the two terms.

“In Arkansas, we will not tolerate indoctrination or [Critical Race Theory], we reject ‘Latinx’, and we will not aid in China’s data harvesting or exploitation,” Sanders tweeted on Friday. “On day one, we set the tone for an administration that will empower Arkansans and defend our freedom at every turn.”

Sanders cited 2020 research by Pew Research Center for her decision, which found that 3% of Latino adults use the term Latinx to describe themselves. Most of those who do are women between the ages of 18 to 29, the research found. And while the percentage of those who personally identify as Latinx is low, the research also shows that 33% of the Latino population believes the term should be used to describe the Hispanic or Latino population.

There has been a debate among Latino and Hispanic communities about whether the term should be used, with some arguing that it offers inclusivity to gendered language as others saying it’s not grammatically correct. But either way, use of the term circles back to the question of what should be permitted when it comes to personal identity.

And for many, it’s not a topic that warrants state oversight.

“This is an internal debate and decision amongst us Latin/Hispanic people,” Broadway actor Javier Muñoz, known for his roles in “In the Heights” and “Hamilton,” tweeted. “Not a single one of us wants nor needs you to be our white savior @SarahHuckabee. We define ourselves. You have no say in the matter.”

“Do I think my community struggles with the term Latinx? Yup,” she said. “Do they struggle more with fear mongering politicians, not being paid a fair amount, inaccessible health care and an immigration system that is pitted against us? A LOT more.”

The same day as the order banning the term, Sanders issued a series of other orders, including a hiring and promotion freeze among state entities, reviewing all existing executive orders and prohibiting of “critical race theory” in schools.

Denial of responsibility! Yours Bulletin is an automatic aggregator of the all world’s media. In each content, the hyperlink to the primary source is specified. All trademarks belong to their rightful owners, all materials to their authors. If you are the owner of the content and do not want us to publish your materials, please contact us by email – [email protected]. The content will be deleted within 24 hours.
Arkansaslgbtq+politicssarah huckabee sanders
0
Share