Can Gascón & Company Please Make Up Their Minds? – The Published Reporter® 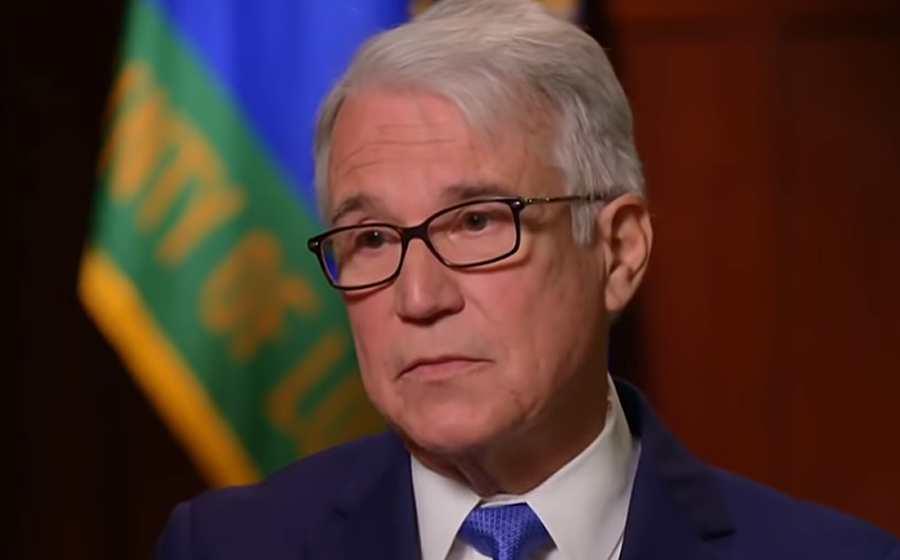 LOS ANGELES, CA – On December 7th, 2020, the newly elected Los Angeles County District Attorney, George Gascón, was sworn into office. It was on that very same day in which he took an oath to faithfully discharge the duty of supporting and defending the constitutions of the United States and the State of California that he also issued Special Directive 20-09 on the subject of Youth Justice. The directive stated “The office will immediately END the practice of sending youth to the adult court system.”

Gascónhas actually gone so far as to apply this policy retroactively. He even worked to have the DA’s office support the release of a convicted murderer who only served 6 years on a 50-year sentence for the commission of a robbery-murder when he was 17 years old. Needless to say, this has already become a highly contentious policy.

Many have asserted that the commission of adult crimes warrants trial in adult court. Others, such as Gascón, assert that, “young people’s unique vulnerabilities (including their impulsivity, susceptibility to peer influences, risk-taking and lesser ability to fully appreciate long-term consequences, and their lack of control over their home/family/life circumstances), their malleability and capacity for growth and maturation, and thus their diminished culpability and potential for rehabilitation” justify his policy.

While controversial, Gascónhas found himself typically supported by the likes of Governor Newsom and Vice-President Harris. Yet, this week both seem to be calling into question this notion of Youth Justice reform. In statements issued by both the Governor and the Vice President both have strongly suggested that there has been a miscarriage of justice in the verdict returned in the Kyle Rittenhouse case. Kyle Rittenhouse was 17-years old when he shot 3 three people, killing 2, in what the jury ultimately concluded was self-defense and finding him not guilty on all five counts for which he had been charged.

In a tweet on the subject Governor Newsom went so far as to say that today’s verdict told people across the nation that they could, “…shoot and kill people, and get away with it.” Kamala Harris stated that the verdict illustrated that more work was necessary on criminal justice equity. Perhaps she meant that to be saying that there should be a consistency in policy as to whether 17-year-olds should be tried as adults. However, in the context of the statement that included saying, “the verdict really speaks for itself,” it seems more likely that she believed the jury should have reached a different verdict.

At present Gascón, himself, seems to have avoided commenting, but his silence is nearly deafening and very likely because of the realization of the hypocrisy of his blanket policies is difficult to rationalize even for the most cognitively dissonant. Not only is Gascón’s policy on Youth Justice reform nearly impossible to align with the views of his strongest allies who are critiquing the Rittenhouse decision; there consistently remains the radical inconsistency held with Special Directive 20-08 on the subject of Sentencing Enhancements, which include use of a gun in the commission of a crime.

In a local context, LA City Mayoral candidate Mike Feuer issued a statement criticizing the gun policy that put more guns in public. Yet, for all the lip-service given regarding concerns on rising gun violence, it is entirely counterproductive and contradictory to not prosecute gun charges that would be a sentence enhancement on crimes committed with guns. Yet, Special Directive 20-08 eliminates the prosecution of such special circumstances and officials remain silent in their complicit support for a policy undermining stated goals.

It is dangerous because a near majority of Californians already see society breaking down and without the foundation of the rule of law to uphold it, that breakdown will only be accelerated. This danger is further expanded because the LA County District Attorney doesn’t even believe that at criminal justice system exists, instead calling it only a criminal legal system. Perhaps, thanks to his policies, crimes are becoming “legal,” or at least not prosecuted, but perhaps it will also be the point for which Angelenos, Californians, and Americans across the county have had enough!

Now is the time to rise up against such policies. Now is the time to stop the madness. Now is the time to recall Gascón (before 2024), and now is the time to see that this level of inconsistency can’t be tolerated. At a minimum this discussion should require politicians to make up their mind – should 17-year-olds be prosecuted as juveniles, adults, or should prosecutorial discretion be restored to evaluate when adult trials are warranted and the decision entrusted to the criminal justice system?

What to expect this November