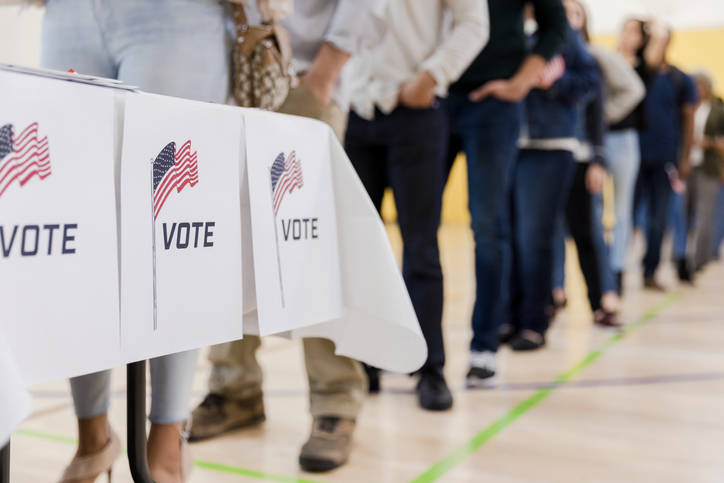 (NewsNation) — The mayor of Louisville, Kentucky, is back to work after being attacked over the weekend while celebrating Juneteenth with the community.

Louisville police are looking for the man who sucker punched Mayor Greg Fischer in the city’s entertainment district Saturday.

Video shows the suspect walking up to the mayor unprovoked and then hitting hard enough to knock Fischer off his feet. Fischer is not seeking reelection since he is term limited.

The Democrat running to replace him narrowly escaped an assassination attempt earlier this year. The suspect walked into candidate Craig Greenberg’s campaign office and opened fire. The bullet grazed Greenberg’s shirt, and fortunately, no one was hurt.

According to the National League of Cities, which represents municipalities nationwide, 81 percent of local elected officials say they have experienced threats or violence while in office. 87 percent say they have seen an increase in threats and violence since taking office.

Vince Williams, president of the National League of Cities and mayor of Union City, Georgia, appeared Tuesday on “Dan Abrams Live” to speak about a rise in physical violence against elected officials.

“This is something so egregious that is happening across this nation to this very day. When you think about the things that happened on January the 6th, you know, the civil discourse there, and even with the Supreme Court justices, it has gotten out of control. Civil discourse in America has been on the decline and we see it in the media more and more frequently. We see it in our own communities as violence and harassment against leaders becomes more common,” Williams said.

Williams explained that while elected officials on state and federal levels have faced harassment and threats for decades, it’s now trickling down to the local level.

“It is frightening for many. We have more female mayors now, more people of color that are mayors, and this (violence) is something that must be stopped,” Williams said.

According to Williams, social media has been a driving force of threats and potential violence. He says he has received many threats through social media.

“I’m very concerned. Many of our local leaders have become easy targets because we are out in the public every day. Targets for frustration, particularly in the communities led by women,” Williams said.

He says the potential violence continues to expand as more diverse leaders are elected to positions, which sometimes discourages people from getting involved in local politics.

Clarence Thomas Got the History of Abortion Very…

Polkadot Faces Restrictions below $8, and May…