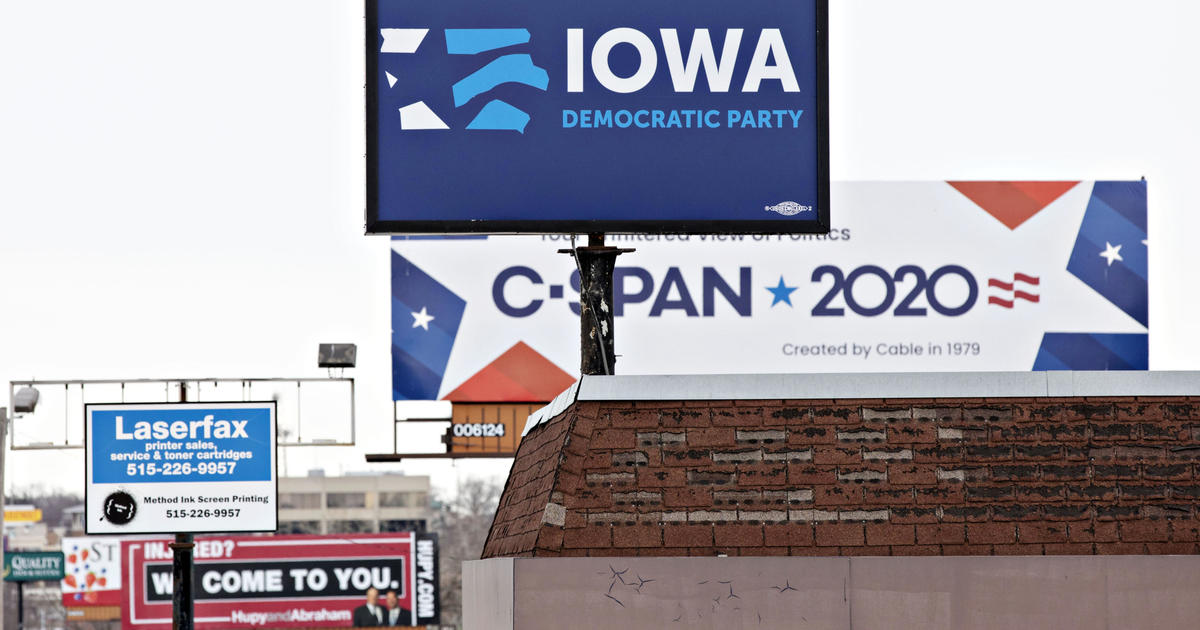 The Democratic Party is likely to shake up the order in which states hold their presidential nominating contests, with the expectation that Iowa will lose its coveted position as the first in the nation to weigh in on the party’s candidates in the race for the White House.

The Democratic National Committee’s (DNC) Rules and Bylaws Committee (RBC) meets Friday to discuss and vote on a recommendation for a final calendar. That decision will then be sent to the full DNC for a vote in January 2023, where it is expected to pass.

In 2020, however, Mr. Biden lost the Iowa, New Hampshire and Nevada contests before winning 39 delegates in the South Carolina primary.

Some Democratic members of the committee argue Iowa is no longer politically competitive for the party and doesn’t reflect the demographic diversity of the national party’s electorate. There is another mark against Iowa, too. In 2020, the its Democratic caucus results were delayed for days after the state Democratic party found inconsistencies in reporting.

Iowa could be bumped by two states, Nevada and New Hampshire; the latter has been first to hold a primary contest since it passed a law in the state in 1975 saying it must be first.

But some Democrats involved in the process are pushing for Nevada, a perennial political battleground that has gone third in the Democratic process since 2008. It has some momentum after Sen. Catherine Cortez Masto’s win helped secure Democratic control of the Senate in the midterm elections.

Nevada Democrats have been flexing their political muscle in the weeks leading up to Thursday’s meeting with support from several Latino organizations, including the Congressional Hispanic Caucus’ BOLD PAC and the Latino Victory Fund. Latinos in Nevada make up about 30% of the population.

The state’s Democratic congressional delegation issued a joint statement urging the DNC to make Nevada first. Cisco Aguilar, the state’s Democratic secretary of state-elect, tweeted that Nevada fulfills all of the DNC’s criteria to go first and “our voters should have a say in the future of this nation.”

Aguilar’s win eased concerns shared by committee members that a 2020 “election denier,” like his GOP opponent Jim Marchant, could win and disrupt the Democratic process.

But New Hampshire Democratic Party Chair Raymond Buckley is “very confident” his state will remain the first primary, mainly due to the state’s law that requires its  primary to be held seven days before any similarly-styled contest.

“The primary is run by the state government, not the party,” he said. “But I think when the dust is clear, [keeping New Hampshire first] is what they’ll decide.”

Iowa could fall to third or fourth in the lineup, or it may be dropped from the first round of states entirely.

Michigan and Minnesota are the leading candidates to represent the Midwest in the earliest  window, and both secured Democratic trifectas during the midterm elections, ensuring that they can move up their primary date if needed.

Iowa’s Democratic Party Chair Ross Wilburn made an 11th-hour pitch Monday for Iowa to remain in a memo sent to the committee, and wrote that it’s “critical small rural states like Iowa have a voice in our presidential nominating process.”

He also pointed out that Iowa has cheaper media markets than Minnesota and Michigan, which has been an important factor is ensuring that candidates with less campaign cash can still be competitive in the early contests. Wilburn also said Iowa has revamped its caucus process by creating an “all-mail vote expression of presidential preference.”

“Democrats cannot abandon an entire group of voters in the heart of the Midwest without doing damage to the party for a generation,” Willburn wrote in a memo obtained by CBS News.

Scott Brennan, the lone RBC member from Iowa, argued in a memo the state’s newly redistricted congressional map will remain competitive in the next decade, and that “opportunities for growth and rebuilding remain, but those opportunities are, candidly, at risk if Iowa is singled out for removal from the pre-window.”

Brennan also noted that Republicans have committed to keeping Iowa first in their calendar, and that potential 2024 Republican candidates have been making trips to the state.

“Iowa will be flooded with national press outlets for whom Iowa will still be an early contest, but leave us without a Democratic candidate or candidates to counter the Republicans’ narrative,” he wrote.

“I don’t think it’s a done deal” that Iowa is removed, said Artie Blanco, an RBC member from Nevada.

But another committee member said Iowa has got a “steep hill to stay in” and remain the sole Midwest representative in the early window.

“Going back to when we adopted the framework at the beginning of the year, we wanted as many battleground states in there as possible. And there are other states from the Midwest that can make that case more compellingly now,” the member added. “Their biggest hope is that we expand it to five [states], and they can find a way to convince the committee.”

“The DNC will set a calendar regardless of what any individual state’s law is. The biggest consideration is can the date be moved if need be? I think [Michigan] has demonstrated that it can,” one member said about Michigan’s move.

Throughout the meetings this year, some members have argued a state like Michigan would have an outsized role in the process, shutting out other smaller states in the early window. Michigan had more delegates in 2020 than Nevada, New Hampshire and South Carolina combined.

“Adding a sizable state [like Michigan or Minnesota] would be the opposite of the philosophy of trying to create small enough states so that a non-celebrity style candidate would have a shot,” Buckley said. “You’re talking about an enormous amount of money [to run in Michigan], that you would never see a Jimmy Carter, Bill Clinton and probably even Barack Obama being able to successfully compete.”

National Republicans solidified their calendar order (Iowa, New Hampshire, South Carolina and Nevada) in a committee vote earlier this year. They’ve said states that try to get in that window would be sanctioned by the Republican National Committee and lose delegates.

But the ultimate decision on the calendar may be subdued in 2024 if Biden decides to run for reelection and becomes the presumptive Democratic nominee.

“We are all waiting to hear where the White House is, where the president is,” Blanco said. “It makes sense that the leader of our party, the president of the United States that is a Democrat, should weigh in on the process.”

White House Press Secretary Karine Jean-Pierre declined Monday to weigh in on the calendar, saying that decision will come out of the DNC. “I don’t have anything else to preview or to share about any comments or statements that the President may make on this particular issue,” she said.

Aaron Navarro is an associate producer for the political unit at CBS News, focusing on House and gubernatorial campaigns as well as the census and redistricting.

Denial of responsibility! Yours Bulletin is an automatic aggregator of the all world’s media. In each content, the hyperlink to the primary source is specified. All trademarks belong to their rightful owners, all materials to their authors. If you are the owner of the content and do not want us to publish your materials, please contact us by email – [email protected]. The content will be deleted within 24 hours.
Democratic PartyelectionsiowaNevadaNew Hampshire
0
Share

Serbia vs Switzerland preview: How to stream, start time, predictions and latest news ahead of World Cup Group G clash