Justice Department has reached out to Pence in Jan. 6 investigation, sources say 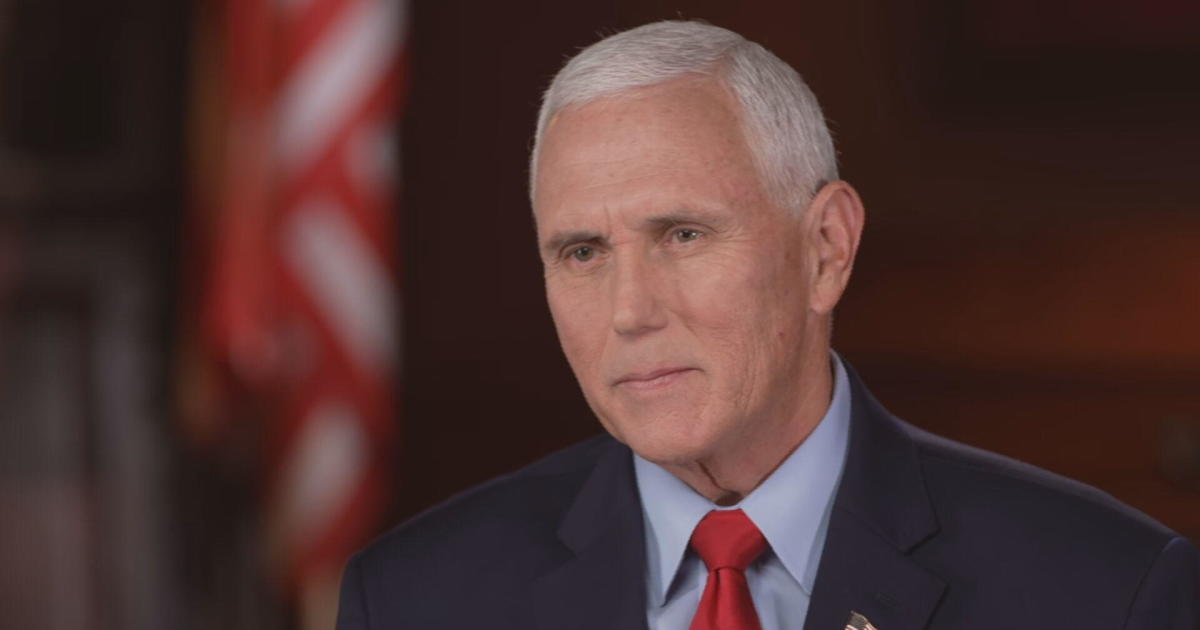 The Justice Department has reached out to speak with former Vice President Mike Pence in the department’s ongoing investigation into the events surrounding Jan. 6 and alleged efforts by former President Donald Trump and his allies to overturn the results of the 2020 presidential election, sources familiar with the matter confirmed to CBS News.

The former vice president has received the request and is reviewing it, sources familiar with the matter tell CBS News.

The Justice Department declined to comment to CBS News. A spokesman for Pence also declined to offer a comment.

The New York Times was first to report on the Justice Department seeking to interview Pence.

In the final days of Trump’s presidency, Pence endured intense pressure from Trump, who urged him to unilaterally overturn the 2020 presidential election results on Jan. 6, 2021, when Congress counted the electoral ballots, by refusing to affirm the ballots of battleground states that had voted for Joe Biden.

Pence ultimately announced Mr. Biden as the winner of the 2020 election at 3:40 a.m. on Jan. 7, 2021. Since then, he has not wavered in his belief that Mr. Biden won the election, despite Trump’s refusal to acknowledge the election results. Pence told “Face the Nation” last week that “Joe Biden was elected president of the United States of America.”

Last week, Attorney General Merrick Garland announced special counsel Jack Smith would be overseeing the key aspects of the Justice Department’s investigation into the Jan. 6 attack, as well as the retention of national defense information at Trump’s residence at Mar-a-Lago

The Justice Department’s criminal investigation is separate from the one being conducted by a House select committee, which will sunset at the end of 2022. Although Pence had once said he was open to speaking to the committee, he told “Face the Nation” last week that Congress has “no right to my testimony.”

Trump has announced he is running for president in 2024. While Pence has not made any announcements, he has not ruled out a presidential run and he told “Face the Nation” last week that he thought there would be “better choices” than Trump in 2024.

Assault On The U.S. Capitol

Denial of responsibility! Yours Bulletin is an automatic aggregator of the all world’s media. In each content, the hyperlink to the primary source is specified. All trademarks belong to their rightful owners, all materials to their authors. If you are the owner of the content and do not want us to publish your materials, please contact us by email – [email protected]. The content will be deleted within 24 hours.
donald trumpMike Pence
0
Share

Trump, Now More Than Ever; Not Endorsed by Members of DC’s Republican Establishment;…

Follow live: Canada takes on Croatia in a must-win…

Trump, Now More Than Ever; Not Endorsed by Members…