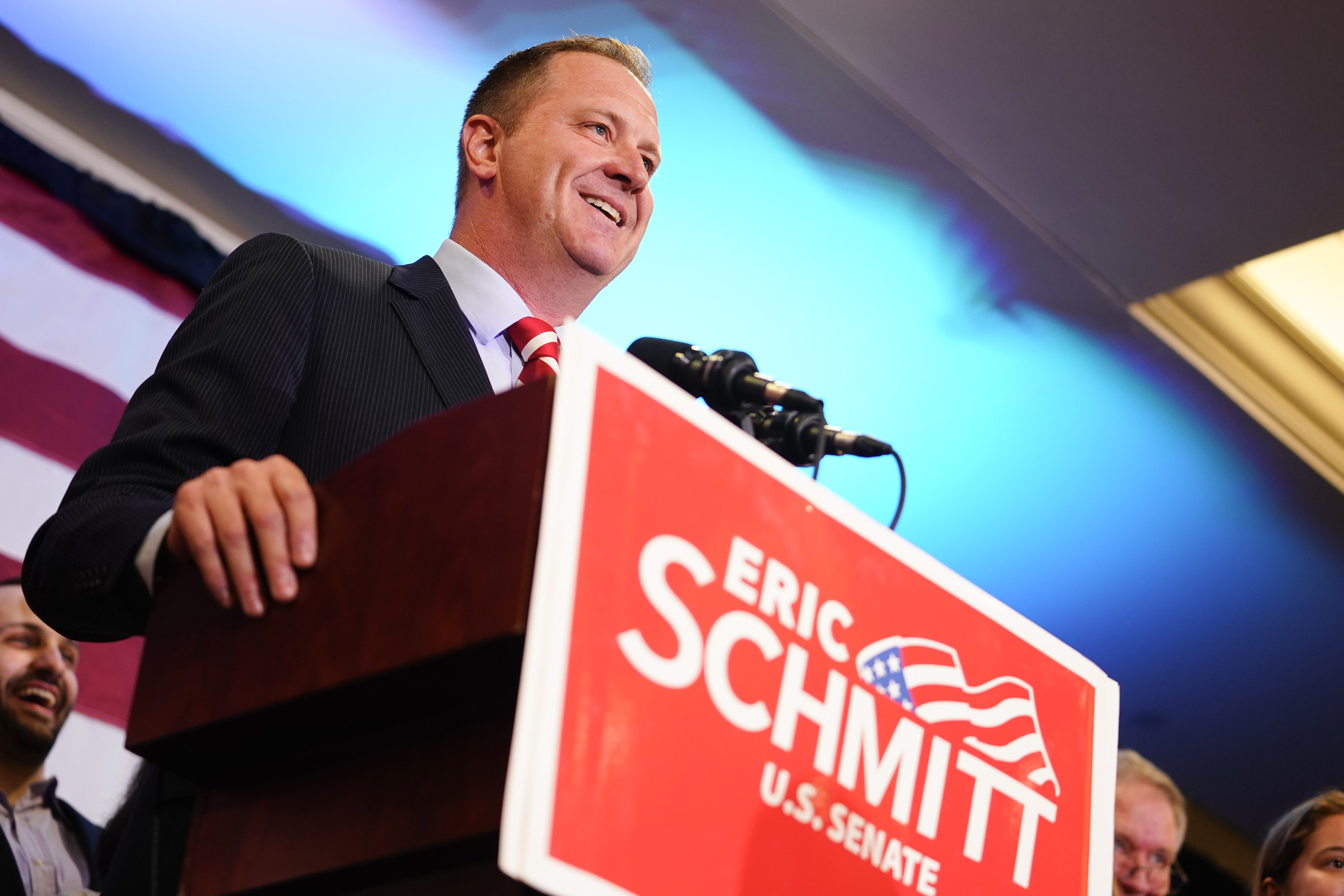 “This is something the Missouri senators need to work out,” Blackburn said in an interview.

“I’m the only Republican woman on the Senate Judiciary Committee and I don’t intend to come off the committee,” she added.

Blackburn joined the panel after the GOP drew heat for having no female members during the confirmation of Justice Brett Kavanaugh. As for Schmitt, Blackburn said: “He needs to understand that these are decisions for the leader, for the committee on committees,” referring to a panel that handles committee apportionment and is run by Sens. Mike Crapo (R-Idaho) and Tim Scott (R-S.C.).

Senate Republicans will vote Wednesday on a waiver that would allow Schmitt to be on the Judiciary Committee, a necessary step since Missouri Sen. Josh Hawley already serves on the panel. But based on the current committee makeup, approving a waiver would threaten Tillis or Blackburn’s seat at the table on Judiciary and have a cascading effect, scrambling committee rosters across the board.

The topic came up at the Senate GOP lunch, where Tillis and Blackburn made clear that they have no interest in leaving the panel. Crapo encouraged senators to vote against the waiver, according to an attendee and a senior GOP aide. Tillis declined to comment on his conversation with Schmitt.

“Senator Schmitt and his team are continuing to have productive conversations as committee assignments are being worked out, and he will continue to fight for Missourians in the committees that he’s selected to serve on,” said William O’Grady, Schmitt’s press secretary.

Three weeks into the new Congress, the Senate has yet to officially organize its committees after Democrats increased their majority to 51-49 in the November election.

Under the GOP conference rules, a senator needs to request a waiver if a senator from his or her home state already sits on the panel, though the conference has previously voted to waive that rule on certain occasions. The Senate Judiciary Committee has had members from the same state serve on the panel before, including Texas GOP Sens. Ted Cruz and John Cornyn and former Utah GOP Sen. Orrin Hatch and Sen. Mike Lee (R-Utah).

The Senate Judiciary Committee is home to some of the most contentious fights in Congress, overseeing Supreme Court confirmations and holding jurisdiction over tough political issues like immigration and abortion. It’s a particularly coveted panel for future presidential hopefuls, as its work attracts a media spotlight.

Schmitt argues he should be on the panel as a lawyer and former attorney general. Tillis and Blackburn are not attorneys, but the panel has a long history of elevating members outside the legal profession. Former chairs Chuck Grassley (R-Iowa) and Dianne Feinstein (D-Calif.) do not have law degrees.

“As a former attorney general, it’s right in his wheelhouse,” Cornyn, a member of the Judiciary Committee, said of Schmitt. “Unfortunately because we’re in the minority and we’re losing the seat it creates a problem.”

George Santos: Republican who spun a web of lies about living the ‘American dream’

Nets’ Kevin Durant doesn’t ‘want to rush anything’ with injury