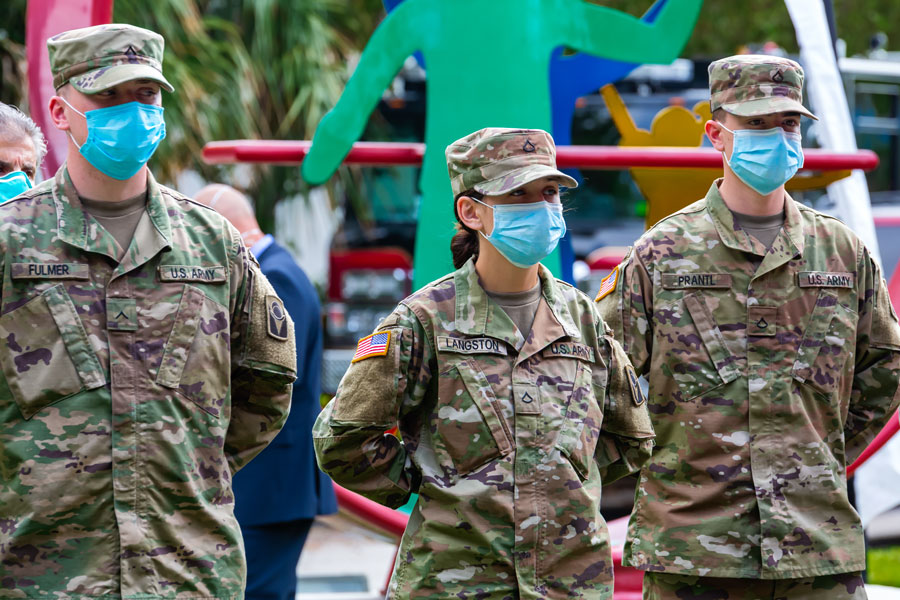 WASHINGTON, D.C. – The Oklahoma National Guard has openly defied the Pentagon’s mandate – issued via the Biden Administration – that states that all members of the U.S. military need to be vaccinated against COVID-19 or face discharge and potentially other forms of discipline.

Army Brig. General Thomas Mancino had originally issued a memo on November 11 – just one day after being appointed as adjutant general by Oklahoma Governor Kevin Stitt – exempting Oklahoma National Guard troops from having to receive the jab, setting up an eventual showdown with Pentagon brass over the issue.

A spokesperson for Stitt later confirmed that the Governor had ordered General Mancino to issue the memo; Title 32 of the U.S. Code states that the National Guard answers to the authority of a state’s governor, unless they are activated for a federal mission.

“It is the governor’s position that as commander-in-chief, he is the one with the authority to enforce policies while on state duty,” said Stitt spokesman Charlie Hannema.

Stitt had previously written to Defense Secretary Lloyd Austin on November 1, requesting that Oklahoma’s National Guard troops be exempted from the Pentagon’s vaccination mandate, but reportedly never received a response.

At a news briefing this week, Pentagon Press Secretary John F. Kirby noted that while National Guard troops are under the authority of the state’s governor, they are also subject to federal requirements as well that would affect their ability to be deployed to certain areas and regions.

Kirby also stated that any National Guard members that do not comply with the vaccination mandate will be discharged from the service.

How You Guys Can Watch The NBA Game Stream

Polygon Bridge Holds $27 Million Worth of…