Peter Law: Why Metronet could be a thorn in the State Government’s side at the next election 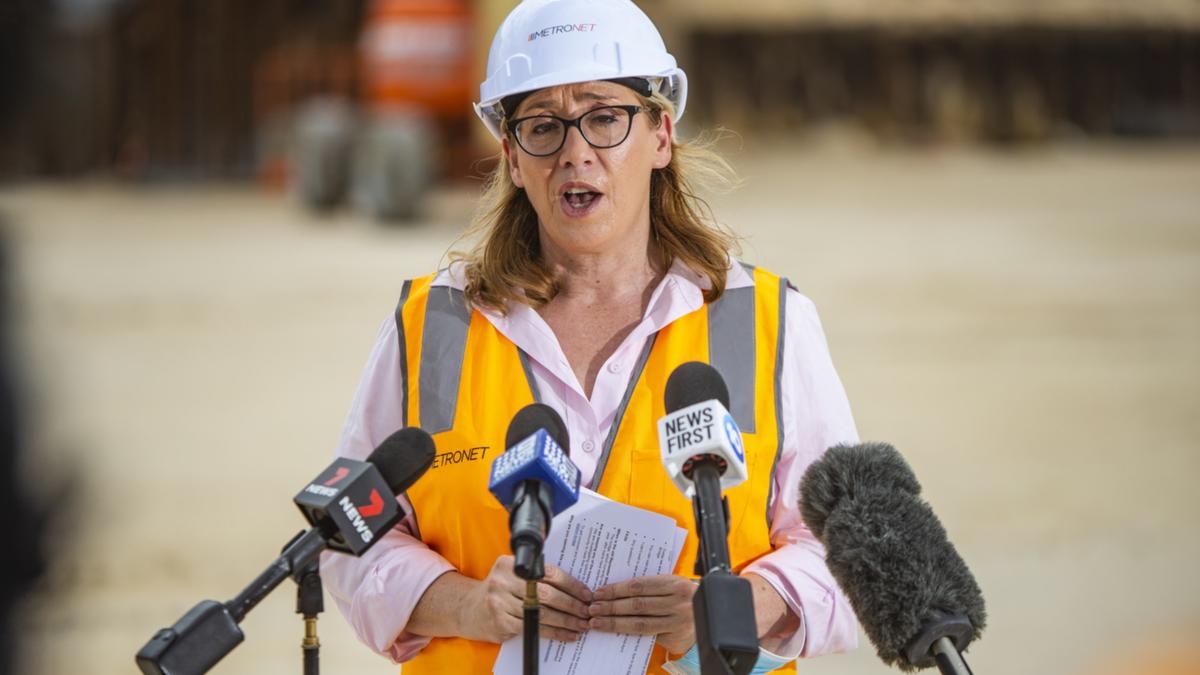 Mark McGowan first spruiked Metronet in 2013 and the promise of an expanded railway helped propel Labor into power four years later, but its delivery now threatens to be a thorn in his side at the 2025 State election.

This week we learnt the Forrestfield Airport Link — announced by the Barnett government in 2013 but rebadged as a Metronet project by Labor — would open on October 9.

Sinkholes, flooded tunnels, safety incidents and disruption to the global supply chain caused by COVID all conspired to push back the completion date for the highly complex build by two years.

But it’s doubtful many of the travellers paying $5 to hitch a ride in two months’ time will give a second thought to its chequered construction history when they arrive at Airport Central.

The new station is a seriously impressive entry statement and one that might even be a source of pride for sandgropers jumping on a plane or returning home.

Transport Minister Rita Saffioti — one of McGowan’s most effective performers in Labor’s first term after she secured $3.8 billion in Federal funding for Metronet — on Tuesday used the milestone announcement to let slip some bad news.

Unfortunately for the reporters standing on the platform at her press conference, a train went past at the exact moment she was explaining the Thornlie-Cockburn Link and Byford rail extension had been delayed yet again.

I was closest to the microphones and all I could make out over the screech were the words “five” and “ford”.

What Saffioti actually revealed was that these two projects had been delayed until the middle of 2025 — months after West Australians vote at the next State election.

This was significant because in Opposition, Labor promised before the 2017 poll that the Thornlie-Cockburn Link would open in 2021 and trains would be running on the Armadale line to Byford in 2023.

Both builds had already seen their timeframes pushed out to “late 2024” in last year’s State Budget, with labour shortages exacerbated by WA’s booming construction industry blamed.

This week we were given a new reason for another setback.

A press release explained the 18-month shutdown of the entire Armadale line from “early 2023” — required to elevate sections of track to facilitate the removal of eight congestion-causing level crossings — would start in “late 2023”.

This decision was taken after consultation with industry about its capacity to deliver pre-cast concrete beams on-time, given any delay in their fabrication could prolong the disruptive shutdown.

The Byford project has also been completely overhauled compared to what was initially promised, with transformation of the ageing Armadale line now including new elevated stations at Carlisle, Oats Street, Queens Park, Cannington and Beckenham.

This means trains can’t start running to Byford until this newly elevated line is complete in 2025.

It’s the same story for the Thornlie-Cockburn Link, which is still on course to be finished by the the end of 2024, but won’t be able to operate until the following year as it too connects with the Armadale line at Beckenham.

The political consequence of these drastic changes to Metronet is that when West Australians vote in March 2025, the Armadale line would have already been closed for more than a year and the Thornlie-Cockburn Link and Byford extension would still be months away from opening — and that’s if everything goes to plan.

If she is not promoted to Treasurer in the next Cabinet reshuffle, Saffioti will still have the opportunity to cut the ribbon on other Metronet projects before the election.

Her office this week confirmed the Yanchep rail extension was on track to open in 2023 and the Morley-Ellenbrook Line would be ready in 2024, while the first of 246 locally-manufactured C-series railcars will start entering service in 2023.

And anyone who lives near a Metronet project can witness with their own eyes the massive change underway. The scale of the transformation of Bayswater station, previously a sleepy stop on the Midland line, has to be seen to be believed.

However, expect the Opposition — which has appointed Upper House Liberal Tjorn Sibma as its spokesman on the portfolio — to seize on any timeframe set backs in an attempt to turn Metronet from a vote winner for Labor into a political liability.

Denial of responsibility! Yours Bulletin is an automatic aggregator of the all world’s media. In each content, the hyperlink to the primary source is specified. All trademarks belong to their rightful owners, all materials to their authors. If you are the owner of the content and do not want us to publish your materials, please contact us by email – [email protected]. The content will be deleted within 24 hours.
opinionpoliticsState Politics
0
Share

Library of Congress explains why it hosted Jackson investiture but not for Gorsuch,…