Republicans are sore losers, but it’s more dangerous than that 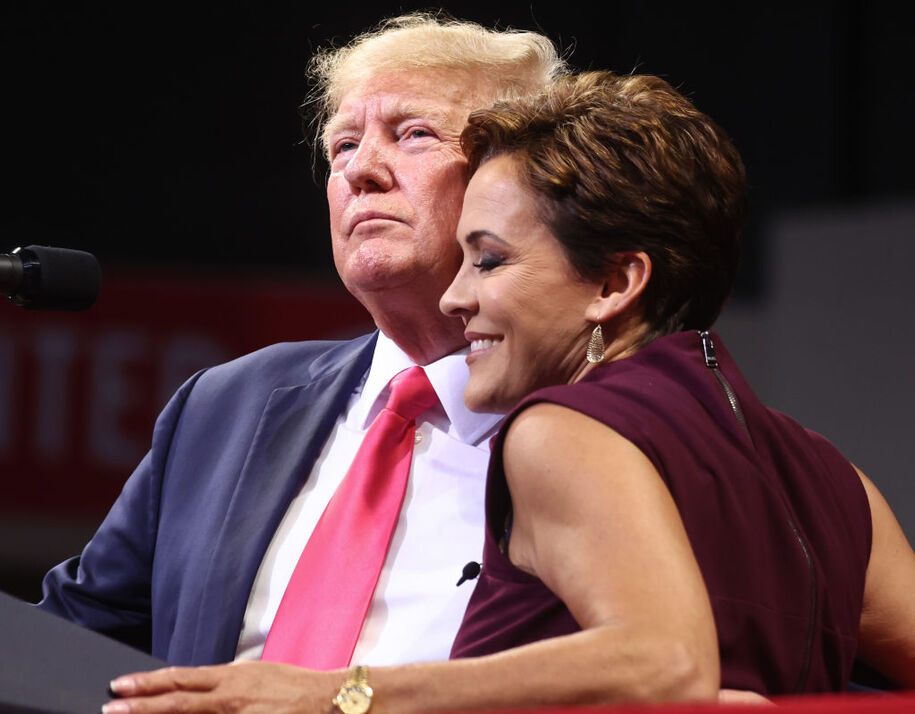 In other cases, it’s a toxic combination of sour grapes and the desire to undermine democracy.

In Colorado, Mesa County Clerk Tina Peters—currently under indictment for election tampering for allegedly participating in a breach of election equipment—paid more than $250,000 for a recount of an election she lost by 14 points, which she insisted had involved “cheating.” That recount gained her 13 votes, not exactly evidence of cheating. Or any misconduct at all. The recount also gained the winner 13 votes. Like Finchem, Peters was running to be secretary of state.

Republican gubernatorial candidates in Nevada and Georgia also cried foul after losing their primaries. Nevada’s Joey Gilbert also paid for a recount, while Georgia’s Kandiss Taylor is apparently relying on the MyPillow guy to investigate and make things right for her.

The Trump move of trying to influence the results—or at least the perception of them—by claiming victory prematurely is also spreading. In Pennsylvania, Trump told Dr. Mehmet Oz, his endorsee for Senate, to declare victory before the results were fully in. In Arizona, eventual Republican gubernatorial nominee Kari Lake did declare victory while the results still had her trailing.

“If people believe the other side is consistently stealing elections, first of all, you completely delegitimize people in office … but second, you create the conditions where people might be more willing to engage in fraud themselves as a way of trying to even the score.”

Indeed, the Colorado man who pleaded guilty to forgery for casting a ballot in the name of his missing (and presumed dead) wife told the FBI it was “Just because I wanted Trump to win. I just thought, give him another vote. I figured all these other guys are cheating.”

Republicans are telling their voters not to accept any election result they don’t like. They’re telling their voters the other guys are cheating, with the implication that cheating is the only way to fight back. They’re training thousands of poll workers in these beliefs. Donald Trump’s late 2020-early 2021 coup failed. But it laid the groundwork for 2022 and 2024.

On TikTok, Knitting, Rapping and Promoting the Child Tax Credit