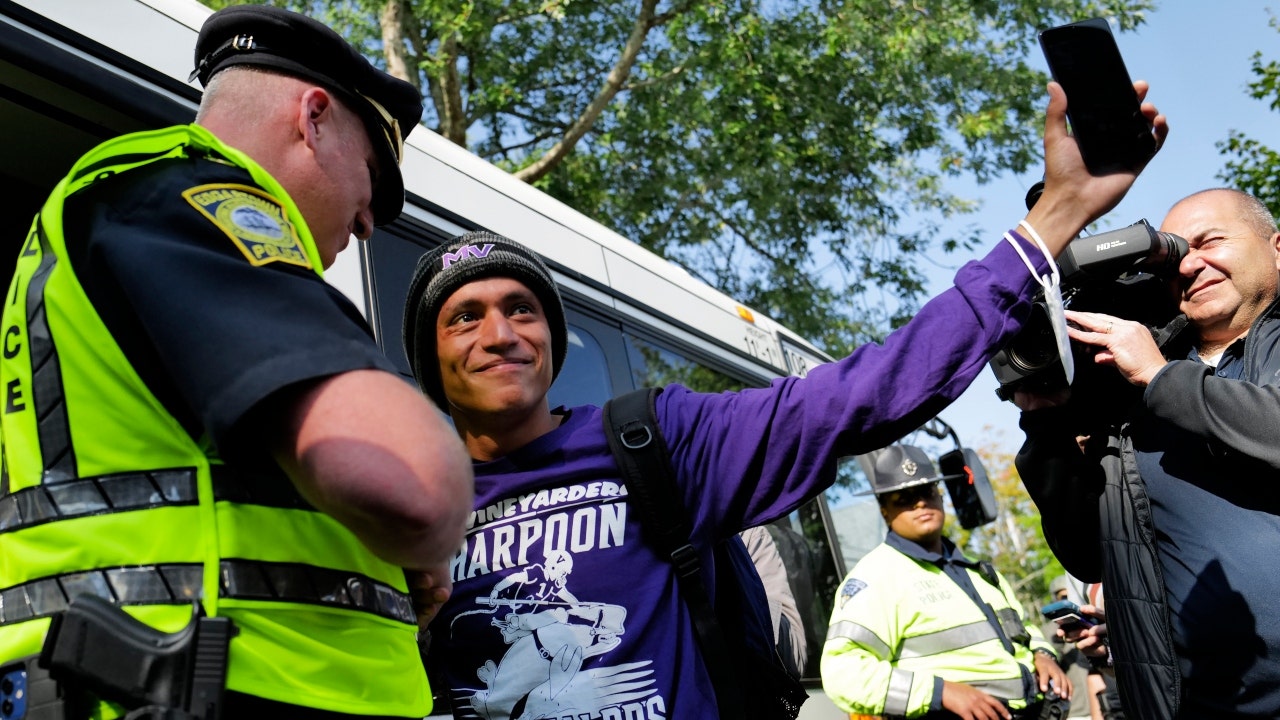 A majority of the Supreme Court appeared likely to limit the federal government’s discretion when enforcing guidelines dealing with illegal migrant deportations, an important case over the Biden administration’s immigration strategy.

In more than two hours of intense oral arguments on Tuesday, all six conservative justices had tough questions about the 2021 Department of Homeland Security policy that prioritizes certain groups of unauthorized immigrants for arrest and deportation– only those considered a serious threat to public safety, border security, terrorism or espionage.

A ruling could put more pressure on the federal government to adopt a tougher removal policy for a broader range of illegal immigrants, including those that may not have committed a crime and have been in the U-S for years.

“It’s our job to say what the law is, not whether or not it can be possibly implemented or whether there are difficulties there,” said Roberts. “And I don’t think we should change that responsibility just because Congress and the executive can’t agree on something that’s possible to address this problem. I don’t think we should let them off the hook. So shouldn’t we just say what we think the law is, even if we think ‘shall’ means ‘shall,’ and then leave it for them to sort that out?”

However, the Biden Justice Department argued the federal government is dealing with the reality of limited resources due to congressional funding inaction, and that it retains discretion on enforcing the policies.

President Biden answers a reporter’s question as he leaves after speaking about the DISCLOSE Act in the Roosevelt Room of the White House in Washington, Tuesday, Sept. 20, 2022.
(AP Photo/Andrew Harnik)

“Immigration policy is supposed to be the zenith of federal power and especially executive power,” said Justice Elena Kagan. “And instead we’re creating a system where a combination of states and courts can bring immigration policy to a dead halt… you’re coming in here with a set of speculative possibilities about your costs” of illegal immigration.

Following a lawsuit by Louisiana and Texas, a federal judge issued a nationwide injunction vacating or freezing the “Guidelines for the Enforcement of Civil Immigration Law” policy. The Biden administration then asked the high court to intervene.

The GOP-led states say the situation along the Mexican border is a growing crisis, and that they are suffering financial, security, education and healthcare problems associated with the new policy.

However, the Justice Department criticized a single federal judge’s injunction, saying it amounted to a “nationwide, judicially imposed overhaul” of the executive branch’s enforcement priorities, noting federal authorities are best equipped to handle the detention of illegal immigrants, with its limited resources.

The Biden policy sharply modified the Trump DHS guidelines that aggressively moved to deport illegal immigrants, regardless of their criminal history or community ties. Previous administrations had also used their discretion to implement immigration policies.

A number of both red- and blue-leaning states have challenged various immigration policies in recent years involving both GOP- and Democrat administrations.

Carlos, a Venezuelan migrant, waves to volunteers before boarding a bus to the Vineyard Haven ferry terminal outside of St. Andrew’s Parish House at Martha’s Vineyard, Massachusetts, Sept. 16. Two planes of migrants from Venezuela arrived suddenly two days prior causing the local community to mobilize and create a makeshift shelter at the church.
((Photo by Carlin Stiehl for The Boston Globe via Getty Images))

In the last Supreme Court term, the justices debated separate appeals over asylum seekers, and public benefits available to newly-arrived migrants. Courts have traditionally limited the ability of states to challenge federal immigration enforcement policies– or implement their own. However, the current high court conservative majority seems more eager to consider states challenges.

The high court in this case was dealing with three issues: whether the state plaintiffs have “standing” in court to challenge the DHS enforcement policies, whether those guidelines are contrary to federal law, or otherwise violate the Administrative Procedure Act; and whether federal law prevents the entry of an order to “hold unlawful and set aside” the Guidelines under federal law.

The 6-3 conservative majority seemed poised to give the states the right to sue and sharply questioned the federal government’s discretionary enforcement arguments.

Justice Samuel Alito said the federal government was showing “special hostility” toward the states over their ability to bring these kinds of immigration enforcement challenges in the first place.

The strongest comments from the right, however, came in reaction to the administration’s assertion federal judges lack authority in this case to block the Biden guidelines nationwide.

Roberts said courts have had the power for decades—”over and over and over again”– to issue “vacaturs” or orders temporarily voiding a government agency’s action.” He called the government’s position “fairly radical,” adding “wow!” in apparent astonishment.

A man was arrested near Justice Kavanaugh’s home in Maryland for allegedly threatening violence towards the justice.
(AP Photo/Susan Walsh, File)

Later in the argument, both justices questioned the Texas solicitor general, saying the federal government was not able to enforce the law, for practical reasons.

The court has a number of options, including throwing out the entire lawsuit on one hand, or ruling the lower courts had no authority to vacate the policies nationwide. Or the court could proceed to the merits and say federal law requires a no-tolerance approach to deporting illegal immigrants.

Raimondo: US isn’t seeking to sever economic ties with China