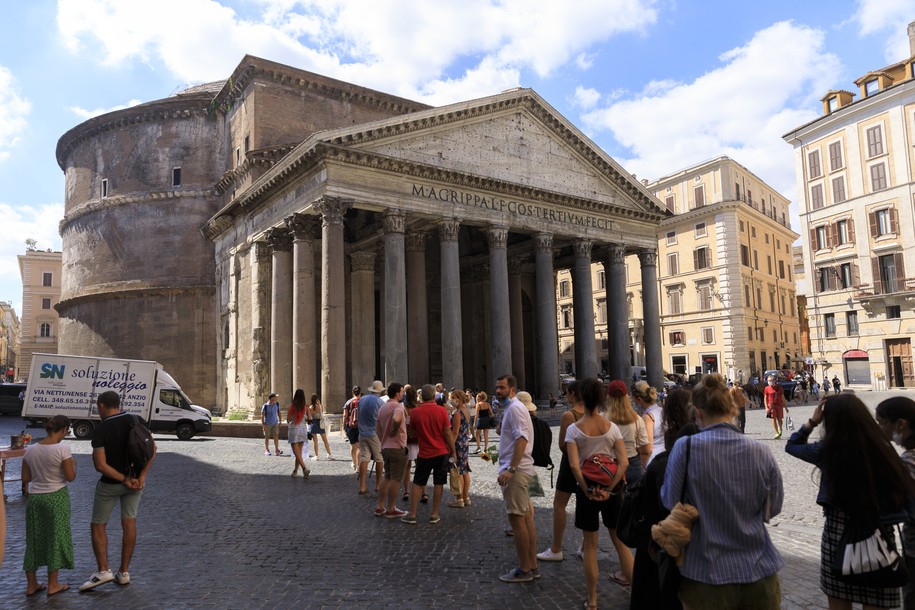 Researchers from from MIT, Harvard University, and laboratories in Italy and Switzerland have published their findings, solving the mystery. For many years people trying to solve the mystery of the secret of Roman concrete believed that the secret ingredient must be pozzolanic material such as volcanic ash. This ash was considered key to Roman concrete recipes. It turns out that the part MIT researchers focused on here were tiny white chunks found in Roman concrete called “lime clasts.”

These little things have long been passed off as sloppy concrete-mixing artifacts, but MIT professor of civil and environmental engineering Admir Masic, who is an author of the paper, told MIT that the dismissiveness of Roman quality control “always bothered me. If the Romans put so much effort into making an outstanding construction material, following all of the detailed recipes that had been optimized over the course of many centuries, why would they put so little effort into ensuring the production of a well-mixed final product? There has to be more to this story.”

It turns out that the presence of these lime clasts means that Romans must have used a process of “hot mixing,” using quicklime at extreme temperatures in order to create their concrete. What’s more, according to researchers this process creates a self-healing property within the concrete that’s not seen in our more modern treatments.

During the hot mixing process, the lime clasts develop a characteristically brittle nanoparticulate architecture, creating an easily fractured and reactive calcium source, which, as the team proposed, could provide a critical self-healing functionality. As soon as tiny cracks start to form within the concrete, they can preferentially travel through the high-surface-area lime clasts. This material can then react with water, creating a calcium-saturated solution, which can recrystallize as calcium carbonate and quickly fill the crack, or react with pozzolanic materials to further strengthen the composite material. These reactions take place spontaneously and therefore automatically heal the cracks before they spread. Previous support for this hypothesis was found through the examination of other Roman concrete samples that exhibited calcite-filled cracks.

The researchers were able to test this theory by creating two hot-mixed concrete samples that used ancient and modern formulations for concrete, then cracking those samples and beginning to run water through the cracks. The concrete made with the ancient recipe that included quicklime began healing those cracks within two weeks, while the other concrete sample did not.

You can read the team’s findings here.