Trump, Now More Than Ever; Not Endorsed by Members of DC’s Republican Establishment; That’s A Virtue, Not A Deficiency – The Published Reporter® 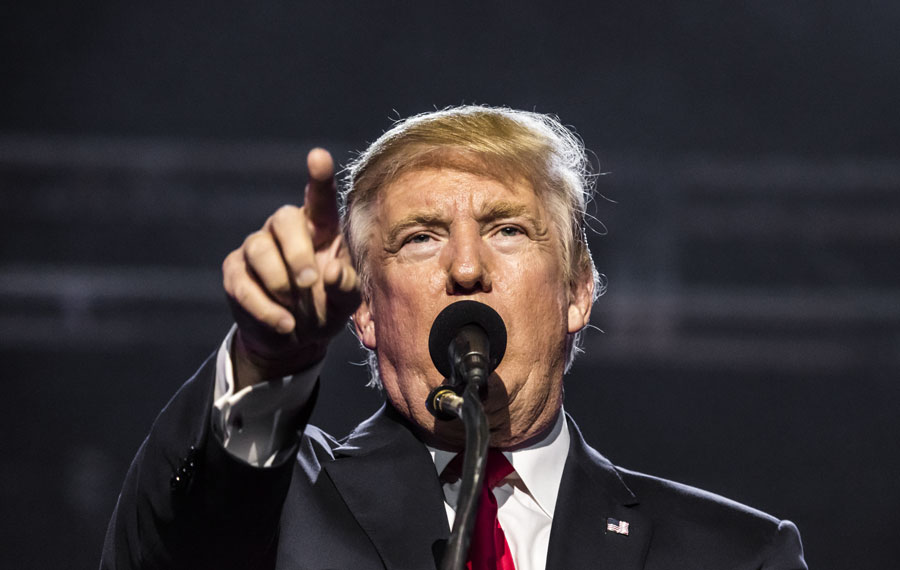 FORT LAUDERDALE, FL – In an orderly, and incredibly disciplined announcement speech, Donald Trump recast himself as a political outsider prepared to return to the political wars and challenge the entrenched political and media interests who have systematically reversed the incredible record of progress the 45th president posted in his improbable presidency.

Those in the MAGA movement see through the carefully orchestrated, relentless, and entirely false narrative that seeks to blame the former President for the party’s underperformance in the midterm elections. How convenient that the relatively easy victory of Trump’s endorsed candidate J.D. Vance in Ohio, as well as the tough, but successful re-election of Sen. Ron Johnson (perhaps Trump’s biggest defender in the U.S. Senate) in Wisconsin are so easily overlooked by the media.

Those in the corporate/government/media cabal now elevate the specter of a candidacy by Florida Gov. Ron DeSantis. The selection of DeSantis as Trump’s principal foe is a recognition that the America First constituency is still dominant at the Republican Party’s grassroots. DeSantis, despite his establishment pedigree, has governed following the MAGA playbook.

The establishment, which now seeks to destroy Trump, have already recognized the non-viability of former Vice President Mike Pence as well as former CIA Director and Secretary of State Mike Pompeo. The rise of a potential DeSantis candidacy chokes off any oxygen either one of their candidacy’s would require.

The only other potential candidate the Republican/media cabal could rally behind, Florida Sen. Marco Rubio, was essentially neutralized by Trump when the former President held a historic and extremely memorable rally for Rubio as he was fending off an extremely well-financed challenge by radical leftist Congresswoman Val Demings.

I attended President Trump’s historic announcement at Mar-a-Lago. There was an electricity in the air that I hadn’t seen or felt since early 2016. The media was quick to point out that while Mike Lindell and I, described as “Trump stalwarts” were in the audience, no member of the new Congress was in attendance. Once again, the media misjudges the public mood. The fact that Trump is not endorsed or supported by card-carrying members of Washington’s Republican establishment is a virtue, not a deficiency.

The organized assault of Rupert Murdoch’s NewsCorp media empire, including Fox News, the Wall Street Journal, and the New York Post, showcases a clear misimpression of the role Fox and Murdoch’s other assets played in the initial rise of Trump.

In fact, Fox News tried systematically to boost multiple challengers to Trump in the 2016 field but saw those efforts fizzle when they learned that wall-to-wall coverage of Trump and his rallies earned Fox the largest ratings in their history, thus allowing Murdoch to charge far more for advertising on his Trump-turbocharged network. Fox News acquiesced in the nomination and election of Donald Trump more than causing it.

That’s why I’m with Trump, now more than ever.

Follow live: Canada takes on Croatia in a must-win matchup