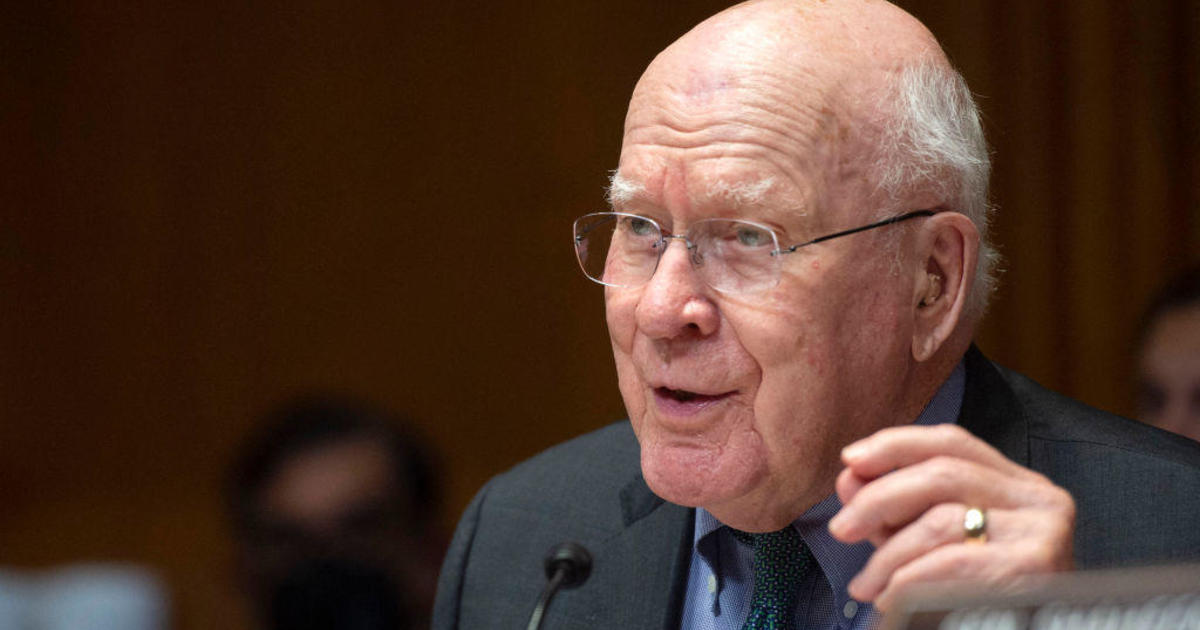 Longtime Sen. Patrick Leahy of Vermont had a “successful” hip replacement surgery Thursday afternoon after breaking it a day earlier, his office said in a statement.

The 82-year-old Democrat is “comfortably recovering” at a hospital in the Washington, D.C., area, the statement read. He will begin physical therapy after “sufficient healing.”

Leahy fell and broke his hip at his home in McLean, Virginia, Wednesday night, an earlier statement from his office said. Doctors determined the best course of action would be to have surgery to repair the hip as soon as possible.

Leahy, who was born blind in one eye, “has had a lifelong struggle with reduced depth perception,” the statement said. “He has taken some remarkable dingers over the years, but this one finally caught up with him.”

Leahy is the longest-serving sitting senator. He announced in November that he will not seek reelection this fall. By the time his term expires in January 2023, he will have served for 48 years in the Senate.

The Vermont senator is the last of the so-called Watergate babies, the surge of congressional Democrats elected in 1974 after President Richard Nixon resigned to avoid impeachment.

Denial of responsibility! Yours Bulletin is an automatic aggregator of the all world’s media. In each content, the hyperlink to the primary source is specified. All trademarks belong to their rightful owners, all materials to their authors. If you are the owner of the content and do not want us to publish your materials, please contact us by email – [email protected]. The content will be deleted within 24 hours.
Patrick LeahyUnited States CongressUnited States SenateVermont
0
Share

Xi visits Hong Kong amid high security and inside a Covid bubble.

TABOR checks in the mail through Colorado Cash Back program