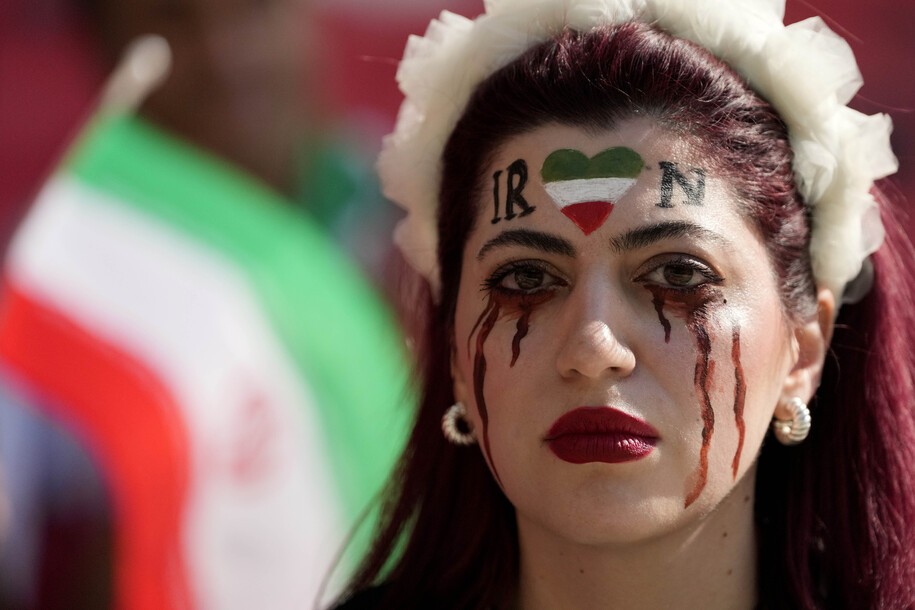 Days after members of the Iranian soccer team refused to sing along with the national anthem at their first World Cup match, they sang along, but with little enthusiasm, at their second match. While Iran scored a 2-0 win against Wales, the stands were once again filled with turmoil and censorship as many of the team’s fans protested their nation’s oppressive regime—and this time, were confronted by supporters of the regime.

The threat to Iran’s soccer players after they refused to sing the anthem at their first game was made crystal clear when, back in Iran, a former member of the national team, Voria Ghafouri, was arrested on charges including “spreading propaganda against” the government.

Qatar, the host nation of the World Cup, once again took the side of the Iranian regime, forcing some people to give up their Persian pre-revolutionary flags or t-shirts and other materials supporting the protests to get into the stadium. Some people did make it into the stadium with their protest symbols only to have them ripped away by regime supporters or stadium security.

Vicky talks about fitting into the ‘quintessential…