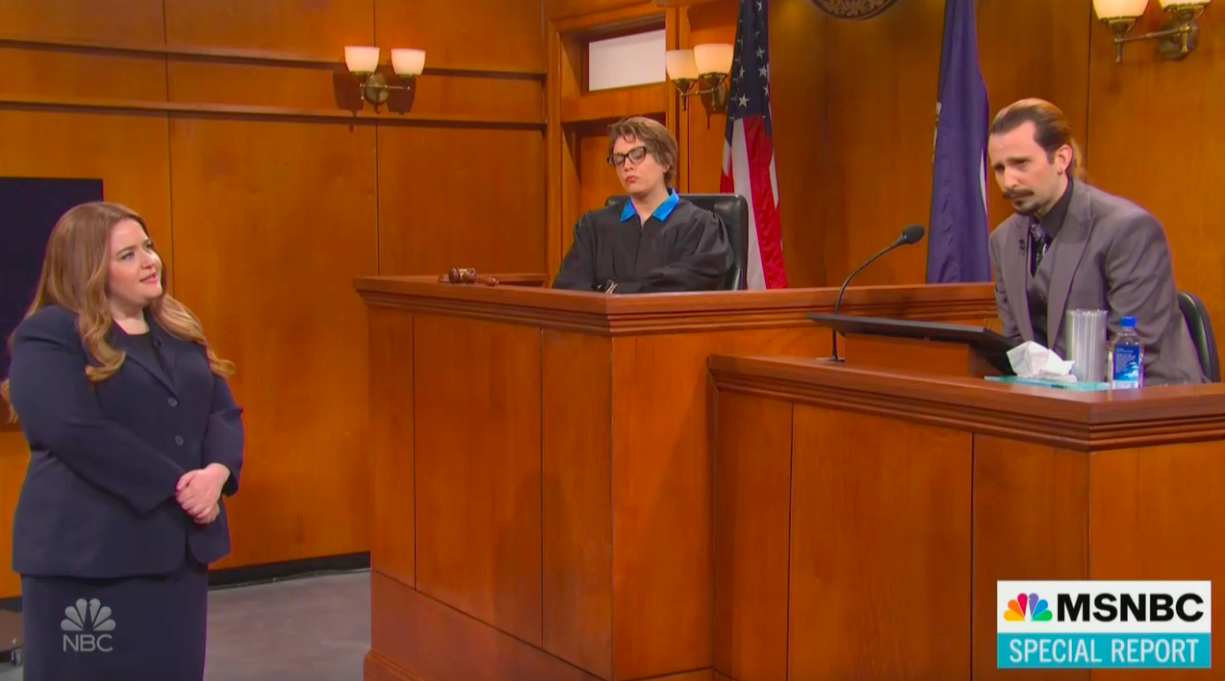 McKinnon’s Wallace joked that viewers had all tuned in because “you had nowhere else to place your anger.”

“Tonight, political fall out from the recent January 6th subpoenas, updates on the Russian helicopter taken down by Ukraine, plus a nationwide shortage of baby formula,” she said. “But we start of course with the Johnny Depp-Amber Heard cuckoo trial.”

“Look, I know it’s not the most pertinent story of the moment but with all the problems in the world, isn’t it nice to have a news story we can all collectively watch and say, ‘Ooh, glad it ain’t me’?”

The show then cut to parodied live coverage of the trial, with an emphasis on Depp’s claim that his ex-wife intentionally left fecal matter on their bed.

“Okay, I think I’ve seen enough,” the judge remarked after the video was shown. “This trial has given me a lot to consider. One on hand, I believe Mr. Depp’s story, but on the other hand, your constant little smirk lets me know that this is not the first woman you’ve made so mad that she pooped in your bed.”

She later added: “I’m just so glad this ain’t me.”

Watch above, via SNL