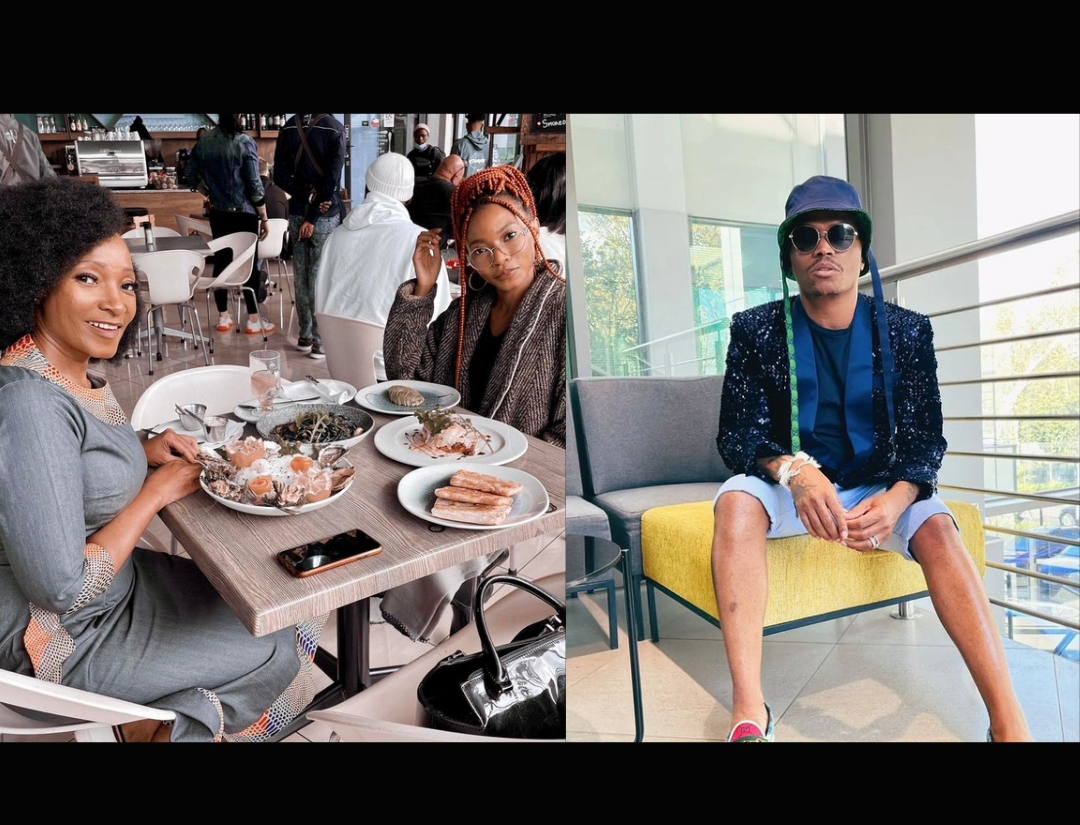 Media personality Somizi Mhlongo’s “baby mama” Palesa Madisakwane, shared her thoughts on why their daughter Bahumi cannot change her surname to Mhlongo just yet – on the latest episode of Living the Dream with Somizi which released on Showmax on Wednesday 11 May.

The second episode of Living the Dream with Somizi focused less on his estranged husband Mohale Motaung. The episode divided into him “cancelling” his friendship with Unathi and his daughter wanting to take on his surname.

Somizi has a 26-year-old daughter with actress Palesa Madisakwane, named Bahumi. Bahumi sat down with her mom for a “semi” serious talk. She explained that it was not a “super hectic” talk but her mom said it was all good as long as she is not pregnant or does not have a boyfriend.

Bahumi explained that she wants to change her surname from Madisakwane to Somizi’s surname – Mhlongo. Palesa explained that the main reason Bahumi wasn’t given the Mhlongo surname was that things were not done correctly, culturally.

“If she wants to change her surname to Mhlongo, she is an Mhlongo at the end of the day. There is nothing I can do, but I am just worried (about) what my dad will say. My father always says that there are steps that need to be taken,” said Palesa.

“It’s not about money, it’s just about certain things to be corrected so that we can give her our blessings,” she continued.

Palesa went on to explain that she wants Bahumi to change her surname but there are certain cultural aspects that cannot be avoided.

PALESA: ‘SOMIZI IS THE ONE WHO SHOULD BE LEADING THIS’

Bahumi explained that she did not believe her surname was a cultural issue but more biblical. Palesa explained that her ancestors don’t know her because she was not introduced as an Mhlongo but Bahumi did not share the same belief.

Palesa went on to say that she was upset because this was a conversation Somizi should have been leading.

“I am upset because Somizi is the one who should be leading this and making sure it happens but he’s not prioritising the issue,” said Palesa.

“They must not claim you, they do not know you. What gives them the right to claim you?” she went on to ask.

“She is not a Mhlongo. Bahumi is a Madisakwane. Her uncles are like fathers to her,” she added.

SWIFT Experimented With CBDC For Cross-Border…

Phone scrolling can be a real pain in the neck…

How to tell if you have monkeypox and how bad is…