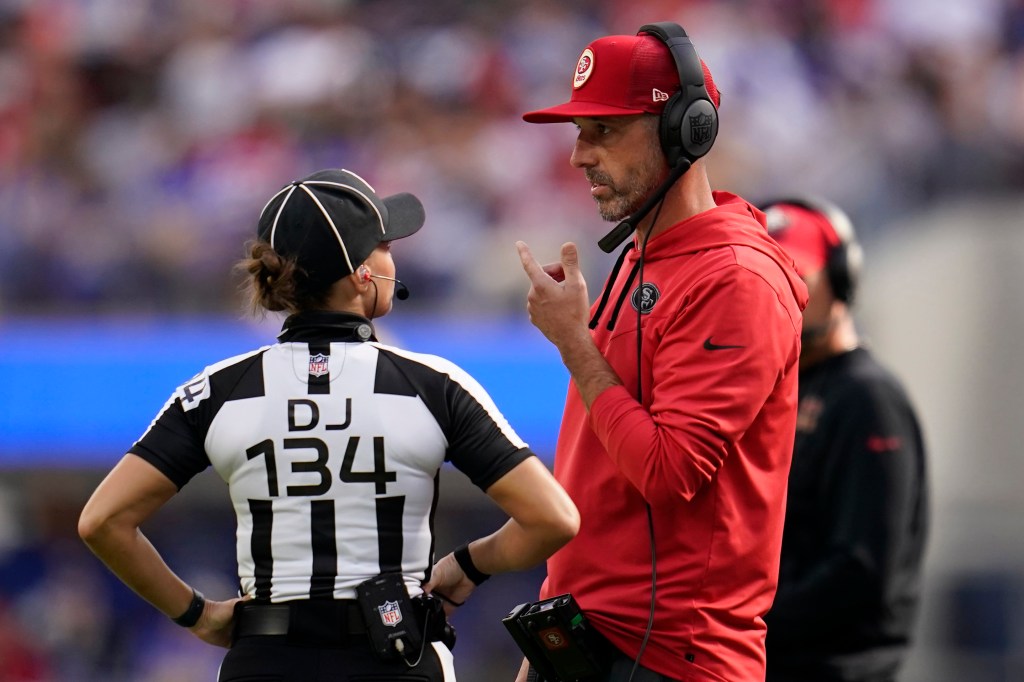 SANTA CLARA — When the 49ers launched their 12-game win streak back on Oct. 30 in Los Angeles, they did so with John Hussey serving as the referee.

When the 49ers last won the NFC Championship, Hussey was the referee in that January 2020 rout of the Green Bay Packers at Levi’s Stadium.

Hussey, the NFL announced Tuesday, will referee the NFC Championship Game between the 49ers (15-4) and the host Philadelphia Eagles (15-3) at Lincoln Financial Field. Kickoff is at noon PT.

The Eagles have fond memories of Hussey, too. They are 6-0 in games refereed by him, including an October win this season in which his crew called 10 penalties on the Cowboys and two on the Eagles in their 26-17 win in Philadelphia.

The 49ers won their first two playoff games – 41-23 over Seattle, 19-12 over Dallas – while getting penalized just three times in each victory. Against the Cowboys, the 49ers got penalized for holding (Aaron Banks), unnecessary roughness (Dre Greenlaw) and delay of game, while a pass-interference call (Deommodore Lenoir) was declined.

In the regular season, the 49ers and the Eagles both were middle of the pack in penalties.

The 49ers drew 120 flags (26 declined); their most common infraction holding (30). Offensive linemen Jake Brendel and Mike McGlinchey each drew 10 penalties during the season, while defensive end Nick Bosa drew nine penalties, including four for roughing the passer and four for offside.

The Eagles drew 105 penalites (15 declined), and only once were they penalized for roughing the passer, and once for unnecessary roughness. Their offensive linemen are their five most penalized players, accounting for 39 flags.

In the Eagles’ 38-7 divisional-playoff win Saturday over the Giants, Philadelphia got penalized five times (the Giants just once), and those infractions were for false start (two), ineligible man downfield (two) and delay of game.

Carl Cheffers will referee the Super Bowl LVII crew Feb. 12 in Glendale, Ariz.. Sunday’s AFC Championship Game between the Cincinnati Bengals and the host Kansas City Chiefs will be refereed by Ron Torbert.