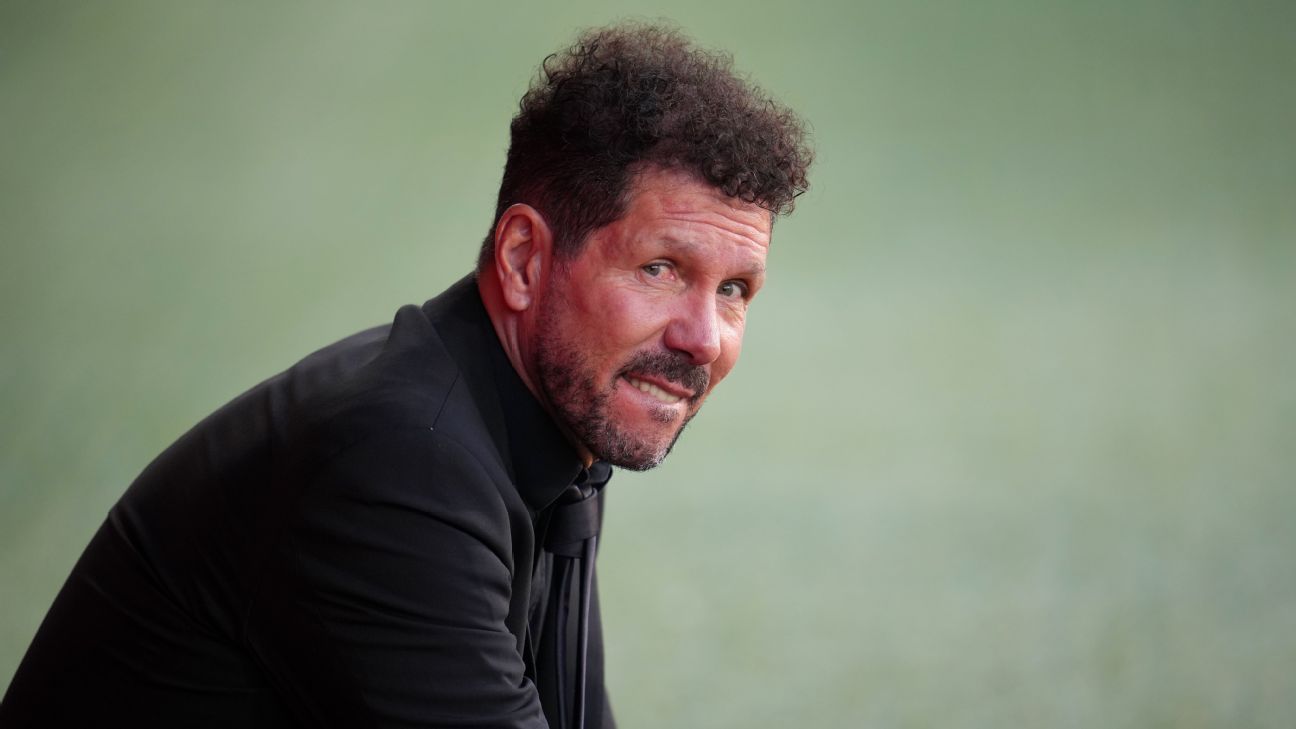 Atletico Madrid were held to 1-1 draw by Almeria in LaLiga on Sunday in another disappointing showing for Diego Simeone’s team who ended the match with 10 men after Sergio Reguilon was sent off in the dying minutes.

Atletico, who have won only one of their last six LaLiga games, are fourth in the standings on 28 points, level with Villarreal and Real Betis. They are 13 points adrift of leaders Barcelona, who have a game in hand.

Almeria were arguably the better side for most of the match and climbed to 13th, three points clear of the relegation zone.

Atletico started well and Angel Correa gave them the lead in the 18th minute.

Antoine Griezmann dummied, allowing Correa to ghost in behind and score with a left-footed strike between the goalkeeper’s legs.

Atletico had an effort ruled out a few minutes later after Geoffrey Kondogbia touched Marcos Llorente‘s goal-bound shot over the line when he was standing in an offside position.

Almeria then began to take control andlevelled in the 37th minute with a delightful diving header by El Bilal Toure from a long cross by Lucas Robertone.

Toure almost gave Almeria the lead early in the second half but his close-range shot was blocked by a defender near the goalline.

Atletico had two chances to score from counter-attacks but Fernando Martinez made a couple of miraculous saves from point-blank shots by Alvaro Morata and Correa in the 73rd and 75th minutes, firing up the home crowd who were chanting their goalkeeper’s name.

“They grew and scored on their first clear chance in the first half, we kept trying after the break but their goalkeeper had a great performance,” Atletico manager Simeone told DAZN.

“We need to be more effective up front. Let’s wait for the goals to come, I’m sure they will.”

Atletico played with 10 men for the last few minutes after substitute Reguilon was shown a second yellow card for raising his forearm to an opponent’s face in an aerial challenge.

“There are too many secrets”: Document classification system needs an overhaul says WaPo