Andre Iguodala decides to return to Warriors for 2022-23 season 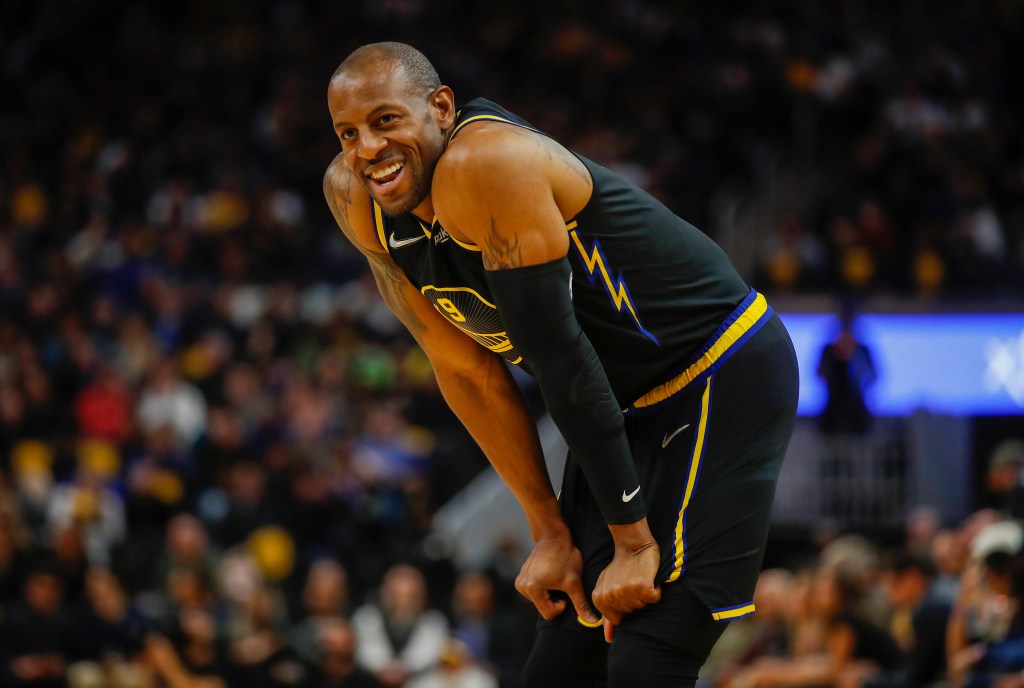 It appears retirement will wait one more year for Andre Iguodala.

Iguodala on Friday revealed on the latest episode of his “Point Forward” podcast that he’ll return to the Warriors for his 19th and final NBA season. His announcement comes the day before training camp opens at Chase Center.

Iguodala said he was retired for the majority of the summer but his “brothers kind of reeled me back in.” He added that the Warriors have a “good plan” that made sense for him to return for the 2022-23 season. Iguodala also said he plans to take his “Point Forward” podcast on the road this season.

There were several people who influenced his ultimate decision to come back for one last run, though he mainly “blames” teammates Stephen Curry, Draymond Green and Klay Thompson as well as coach Steve Kerr and general manager Bob Myers.

“They just showed me a lot of love,” Iguodala said on the podcast. “They really helped me really see my presence outside of physically play basketball but also I think Steve was a big culprit in saying, ‘Listen, we really need you on the court.’”

The big decision, straight from the source.

Andre and @thekidet break down what went into the call that Iguodala wrestled with all summer.

Asked by his co-host Evan Turner on what Iguodala is most looking forward to this season, which could be his last, the four-time NBA champion said he’s wants to truly cherish the experiences that come with being an NBA player that he might’ve brushed over in past seasons.

“I’m looking forward to, just experiences, the last bus rides with the fellas, the last plane ride,” Iguodala said. “But at the same time, I don’t know how to be one foot in, one foot out. So in terms of competing I’m going to be naturally myself in terms of I’m gonna be there early, I’m going to get my reps. I’m looking forward to playing, but I’m also on [Jonathan] Kuminga and I’m on Moses Moody and I’m on the young fellas, and I’m letting them know, ‘Listen, if I get on this court, you ain’t doing something right. There’s no way you should allow me to get on this court.’”

Iguodala said he came back last season to help bolster Curry’s legacy and plans to leave this season “making sure everything gets taken care of” and the next generation of players can carry on the tradition of Warriors basketball.

The Warriors reserved their 14th roster spot for Iguodala, hoping the 38-year-old would come back for one last hurrah. After months of mulling his decision, Iguodala determined that’s exactly what he wants to do.

When healthy, Iguodala is still a valuable defender and backup playmaker. But even off the court, the 2015 Finals MVP still provides immense benefits to the team, which includes at least five players born in the new millennium and four who can’t legally buy beer yet.

Iguodala is a trusted confidant of the Warriors’ Big Three featuring Curry, Thompson and Green. But his wisdom of playing a career that’s spanned three decades makes him an invaluable resource to young players like Kuminga, Moody and James Wiseman.

That was on display during this year’s title run.

Iguodala, who was limited to just 31 regular-season games due to injuries and seven playoff games due to injuries, was a mentor for some of the younger Warriors. He shared insight with guys like Kuminga, Moody and Jordan Poole, while also providing perspective that one only has while on their seventh trip to the Finals.

“Andre was just a really big part of this with his guidance and leadership and wisdom,” Kerr said after the Warriors beat the Celtics in six games to win their fourth title in eight years.

Jeremy Kyle to return to TV in new show this…

Modern Grunge and Ladies Who Lunch