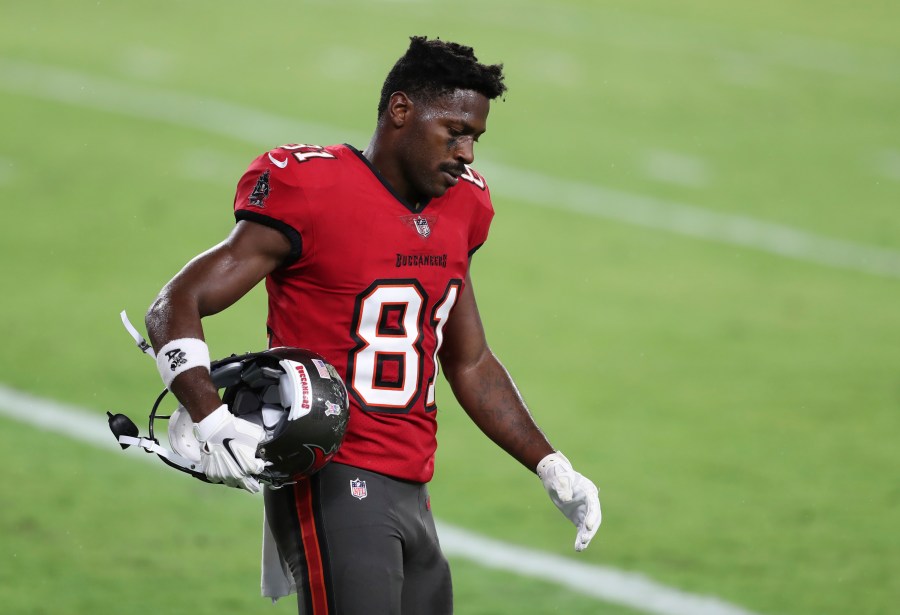 TAMPA, Fla. (WFLA) – According to officials, former Tampa Bay Buccaneers wide receiver Antonio Brown has a warrant out for his arrest after being accused of domestic violence.

According to court documents, the Tampa Police Department filed a protection order on behalf of the victim, who shares multiple children with Brown after an altercation broke out between the two.

TPD said that during the altercation on Nov. 28, Brown exited the residence and allegedly threw a shoe at the victim striking her in the ponytail. As a result, the victim had no injuries but believed the shoe was meant for her head.

Police stated that Brown would not open the door or come outside to speak with officers. During the incident, he also attempted to “issue an informal eviction to the victim.”

Brown, who has been in headlines recently for his controversial takes and comments on Bucs’ quarterback Tom Brady, was terminated by the team back in January 2021.

“The Tampa Bay Buccaneers have terminated the contract of Antonio Brown, effective immediately. While Antonio did receive treatment on his ankle and was listed on the injury report the week leading up to last Sunday’s game, he was cleared to play by our medical team prior to the start of the game and at no point during the game did he indicate to our medical personnel that he could not play,” Tampa Bay wrote in a press release.

“We have attempted, multiple times throughout this week, to schedule an evaluation by an outside orthopedic specialist, yet Antonio has not complied. Maintaining the health and wellness of our players is of the utmost importance to our organization.”

Supreme Court Has Case of Treason Against Team Biden – How Will They Vote? – The Published Reporter®

Posher than England? US Wags show off at World Cup [photos]