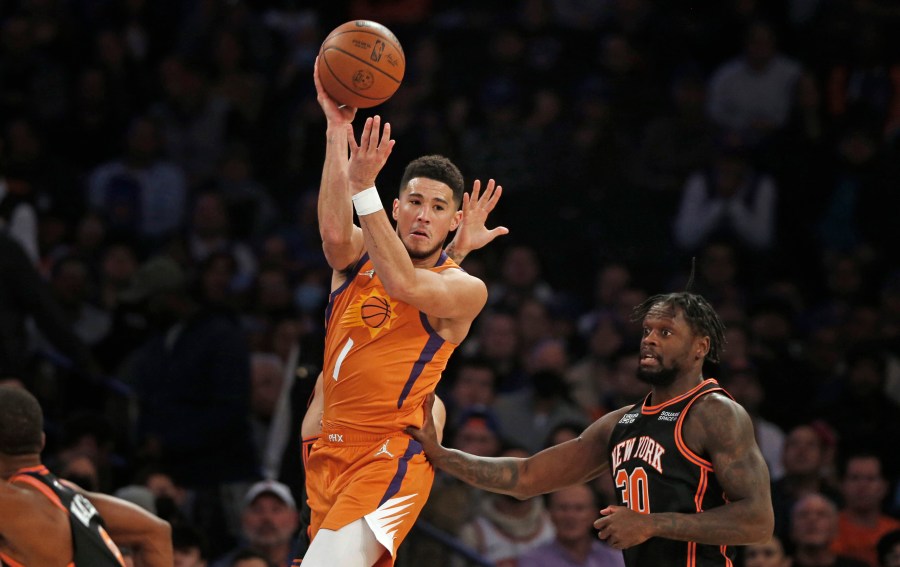 Chris Paul had 14 points and 10 assists for the Suns, who improved to 16-3. The reigning Western Conference champions will try to wrap up a perfect four-game trip Saturday in a showdown with East-leading Brooklyn.

Phoenix also won 15 straight during the 2006-07 season. The Suns won a franchise-best 17 in a row later that season.

Deandre Ayton finished with 14 points and 13 rebounds. Booker was 14 for 27 from the field, making four 3-pointers. He did not attempt a free throw.

The Suns had to work hard to pull out victories in San Antonio and Cleveland to start the trip, but were in control most of the way at Madison Square Garden. They were ahead for the final three quarters and led by as much as 24 points.

Kemba Walker scored 17 points for the Knicks, who have lost seven straight games to the Phoenix since beating them twice during the 2017-18 season.

Suns: Remain in New York and visit Brooklyn on Saturday.

Knicks: Visit the Atlanta Hawks on Saturday night. It’s the first meeting between the teams since Game 5 of the playoffs last season when the Hawks eliminated the Knicks.

Running Post-Covid: How to Get Back to Training

OPEC+ oil boost likely not much help to high gas…

The Art Gallery of Western Australia set to launch…

Death toll in Manipur rises to 37