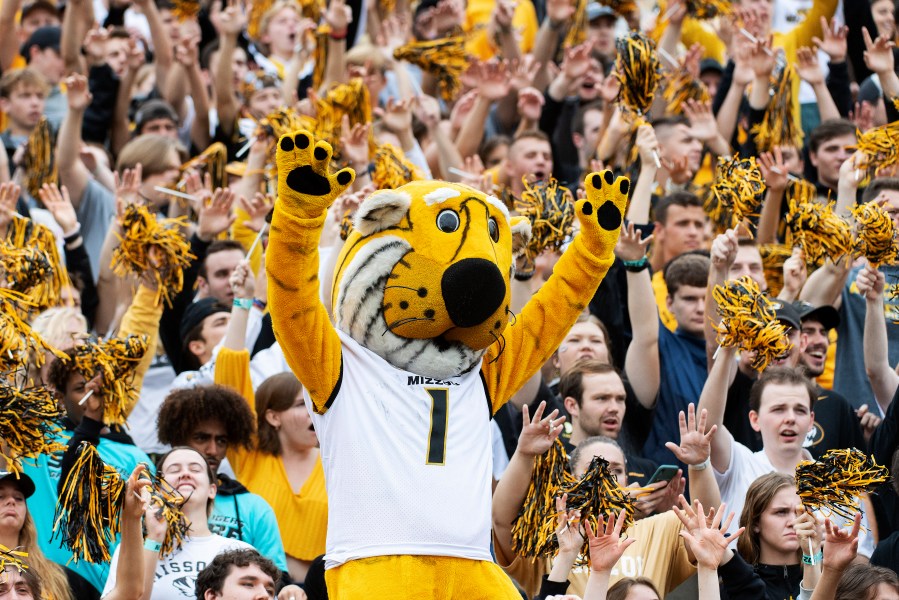 ST. LOUIS- The University of Missouri football program finishes the regular season with a Friday matchup on the road against Arkansas with the Battle Line Trophy on the line against the Razorbacks. MU already has bowl eligibility in hand.

Where could the Tigers end up when pairings for the 2021-2022 bowl season are announced next weekend? Here’s a look at where Missouri is being projected by various outlets.

Going to Charlotte for the Duke’s Mayo Bowl would be a return to Missouri Head Coach Eli Drinkwitz’s old coaching territory, having served as offensive coordinator at North Carolina State and then a head coach at Appalachian State before coming to Missouri.

The Gasparilla Bowl would give the Tigers recruiting visibility in the all-important state of Florida. The Tigers were all set to compete in the Music City Bowl last year before COVID cases forced the game’s cancellation. The Liberty Bowl could be a fitting cap to running back Tyler Badie’s college career. Badie was born in New Orleans but played his high school football in the Memphis area. The Tigers played in the Independence Bowl twice in three years (2003, 2005) while in the Big 12, but could also build some recruiting momentum in a talent-rich state while the state’s flagship school (LSU) is in the middle of a coaching search.

Can Gascón & Company Please Make Up Their Minds? – The Published Reporter®

Butlin’s launches Black Friday deals with breaks from just £16.75pp a night during half term