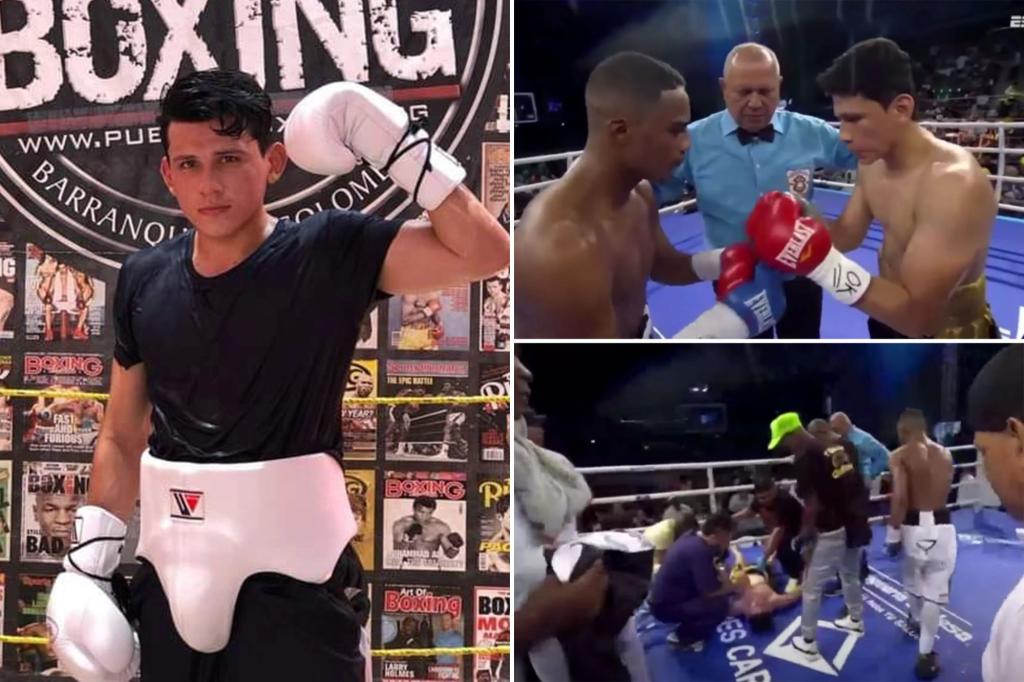 Junior welterweight Luis Quinones died Thursday night, five days after being hospitalized after a knockout loss to Jose Munoz in Barranquilla, Colombia. He was 25 years old.

His brother, Leonardo Quinones, announced the passing on Facebook.

“You went ahead of us my loving brother, now you are with your heavenly father, whom you adored and served, I love you my brother Luis Quinones, forever and ever in our hearts,” Leonardo wrote of his brother, who had been 10-0 prior to this defeat.

In the eighth round of the Quinones-Munoz fight, Munoz lost his mouthguard and referee Leonel Mercado sent Quinones to a neutral corner so Munoz could get it back. When the bout resumed, Quinones, who was visibly stumbling in the ring, was knocked down.

He was removed from the canvas on a stretcher as Munoz stopped celebrating to check on him.

At the North General Clinic in Barranquilla, he underwent surgery for what was diagnosed as “neurological deterioration as a result of head trauma due to traumatic contusions.” Doctors also found a subdural hematoma, where blood collects between the skull and the brain, and performed surgery for that as well.

Quinones was declared brain-dead on Thursday but was still connected to a respirator until his passing at midnight.

“Cuadrilatero Boxing is deeply saddened by the death of Luis Quinones, an exceptional and disciplined human being, who always showed the greatest commitment to this sport,” it read. “Luis was passionate about boxing, so much so that he left his hometown of Barrancabermeja to continue his career in Barranquilla and become a national athlete. His idol was Julio Cesar Chavez.”

Denial of responsibility! Yours Bulletin is an automatic aggregator of the all world’s media. In each content, the hyperlink to the primary source is specified. All trademarks belong to their rightful owners, all materials to their authors. If you are the owner of the content and do not want us to publish your materials, please contact us by email – [email protected]. The content will be deleted within 24 hours.
BoxingobituariesSports
0
Share

St. Louis among top markets for watching US World Cup match vs. Netherlands

The UK and its Aukus allies push on towards…

Will the new rail strike wreck the Christmas…