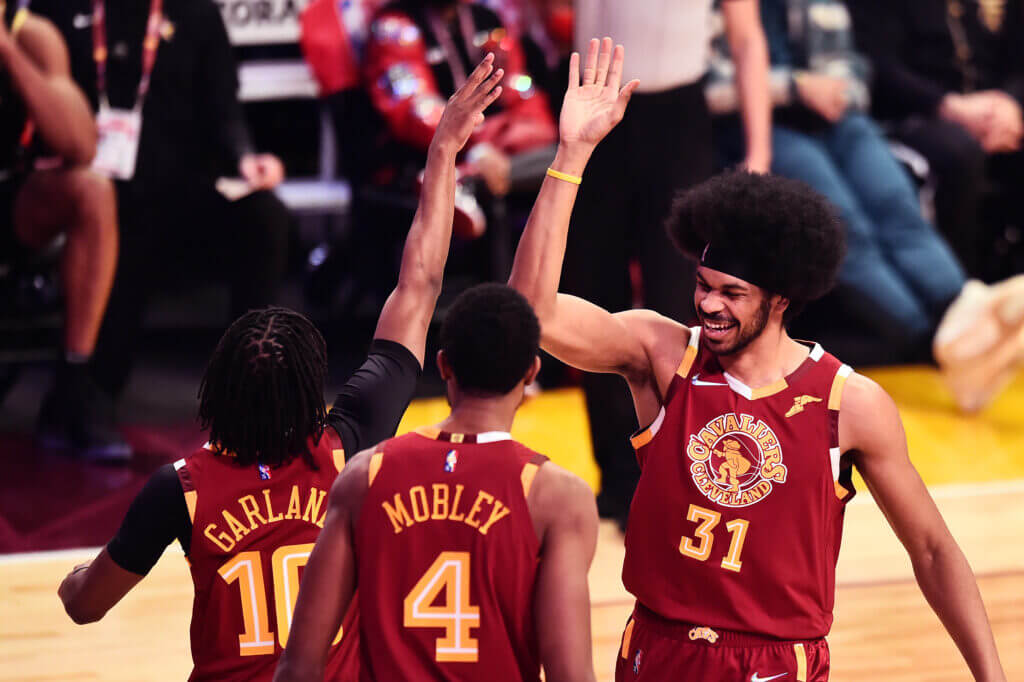 The 2022-23 NBA schedule is officially here. The Cleveland Cavaliers will play 41 home games and 41 road games during the regular season.

OK, that was a joke. We already knew that. But when looking closer at the schedule, there are some interesting elements to Cleveland’s upcoming season.

The Cavs will open the season on the road against the Toronto Raptors on Oct. 19. This is the second consecutive season Cleveland will start on the road. It will be an early test for each club with both expecting to contend for an Eastern Conference playoff spot. It’s also a matchup of two top-five picks in the 2021 NBA Draft and the top two NBA Rookie of the Year finishers in Scottie Barnes and Evan Mobley.

The Cavs will continue the start of the season on a two-game road trip, following the season opener with a trip to Chicago on Oct. 22 to face the Bulls. Cleveland’s home opener will be on Oct. 23 against the Washington Wizards.

The most compelling aspect of the schedule is the increased number of nationally televised games. During the 2021-22 season, Cleveland originally had four games on NBA TV. They did not have a game on TNT or ABC last season, or originally on ESPN. But as the Cavs surprised teams around the league and rose in the Eastern Conference, the league moved their game against the Raptors on March 6 to ESPN. It was their only nationally televised game outside of NBA TV.

During president of basketball operations Koby Altman’s season-ending news conference in April, he expressed a hope that the Cavs would be featured on a national stage more during the 2022-23 season.

“I think the thing that I’m most proud of is how this team captivated a city … put the league on notice, forced the league to put us on a national TV game ’cause they had to — and more of those will come hopefully next year,” Altman said.

The Cavs’ leap during the 2021-22 season did put the league on notice, and it earned them more time in the national spotlight this season.

The Cavs will have four games on NBA TV (Nov. 7 at LA Clippers, Dec. 26 vs. Brooklyn, March 10 at Miami and March 21 at Brooklyn) and five national games – three on ESPN (Feb. 10 at New Orleans, March 1 at Boston and March 15 vs. Philadelphia) and two on TNT (Dec. 6 vs. the L.A. Lakers and Feb. 2 vs. Memphis.) Cleveland will not have a game on ABC. The Cavs also will have a game on ESPN Radio on Feb. 2 against Memphis, which also will be televised on TNT.

Due to the success of their young core consisting of Darius Garland, Evan Mobley and Jarrett Allen, as well as the hope to build on last season’s growth, the Cavs proved to the NBA that they should be included more on the national stage. They shocked teams early by using a big-man lineup of three players, as well as a collective defensive identity and playing with a purpose. They rose through the Eastern Conference standings, even moving into the No. 4 spot in late January.

While the Cavs doubled their win total from the 2020-21 season to the 2021-22 season – finishing with 44 wins – their season ended abruptly when they lost to the Brooklyn Nets and the Atlanta Hawks in the Play-In Tournament.

The Cavs want to take their progress to the next level. That next step is gaining more playoff experience. A first-round series would benefit their younger players in learning the nuances of the postseason and what a seven-game series is like. Many in the organization believed the Cavs could have made the playoffs last season if they had stayed healthy down the stretch.

To do that, the Cavs must stay healthy and be more consistent. They won’t surprise teams around the league like they did last season. There should be another jump for Mobley in his second season, and the return of veteran guard Ricky Rubio will add depth and veteran presence in the backcourt.

Garland must continue building on his leap last season from both a leadership perspective and his game on the court. Rookie Ochai Agbaji has an opportunity to earn minutes in the rotation and provide shooting on this roster. Caris LeVert has a chance to showcase his skill set with this group and his overall fit. And the three-big lineup of Lauri Markkanen, Mobley and Allen can see more time on the floor together and strengthen their connectivity.

Regardless, there is a heightened level of excitement around this group of players and their potential. The increase in nationally televised games is an important factor for the Cavs. As an organization, they recognize the progress of their rebuild. Now, the league acknowledges that growth and is banking on a continued rise from Cleveland.

Denial of responsibility! Yours Bulletin is an automatic aggregator of the all world’s media. In each content, the hyperlink to the primary source is specified. All trademarks belong to their rightful owners, all materials to their authors. If you are the owner of the content and do not want us to publish your materials, please contact us by email – [email protected]. The content will be deleted within 24 hours.
Cleveland Cavaliers
0
Share

View: How India can be at forefront of energy…

Why Wall Street has soured on Mark Zuckerberg,…