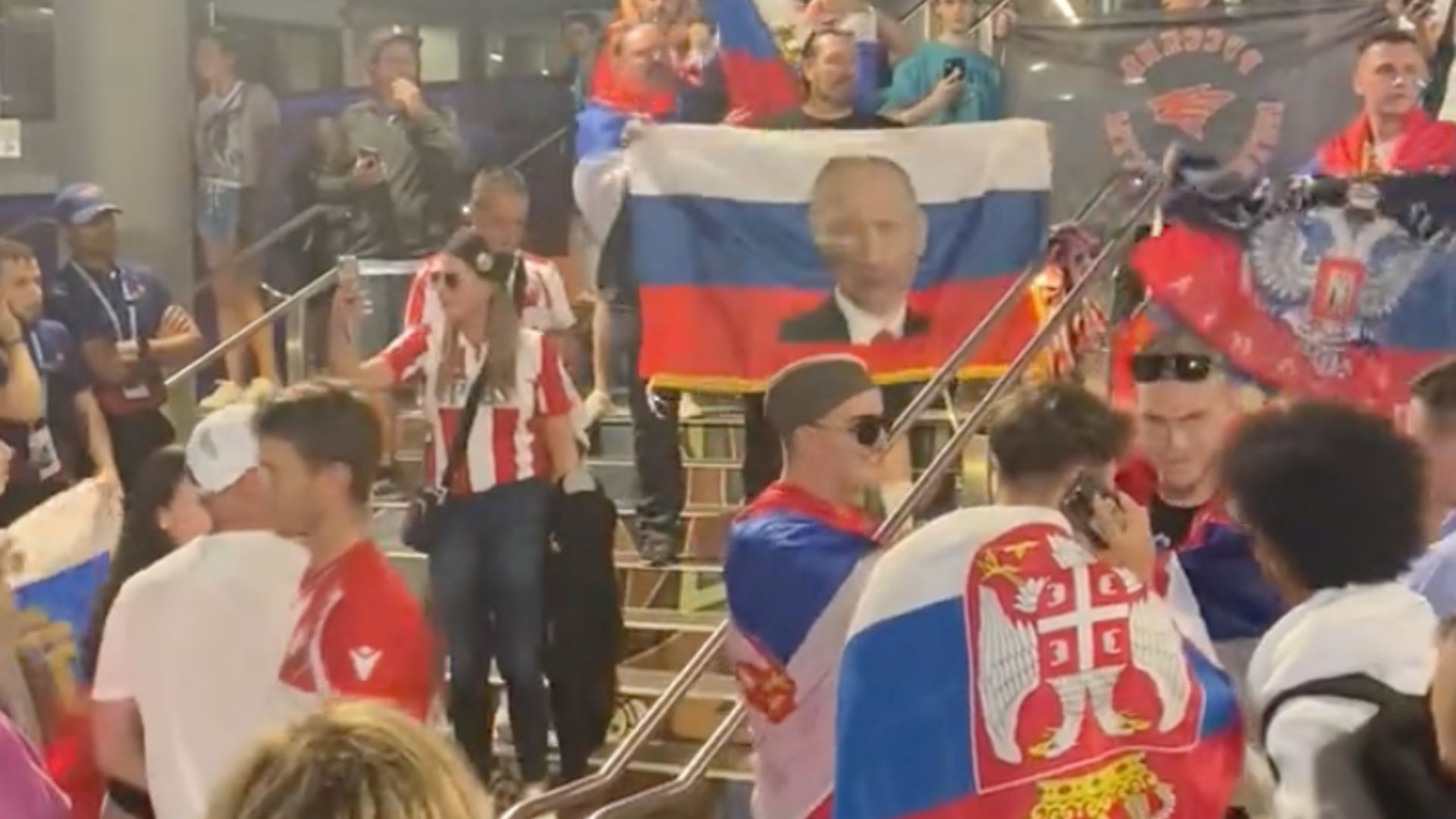 Police questioned multiple spectators at the Australian Open who were waving pro-Russia flags and symbols and reportedly threatened security members.

Following Novak Djokovic’s quarter-final round win over Russian Andrey Rublev, a number of fans gathered outside of Rod Laver Arena were waving flags supporting Russia and its brutal invasion of Ukraine. One flag had Russian leader Vladimir Putin’s face on it.

The Guardian‘s Tumaini Carayol reported on the scene in the aftermath of the Djokovic and Rublev match.

“Just took a walk around Melbourne Park after filing and a group of people were standing on the Rod Laver Arena Steps, holding up a flag with Vladimir Putin’s face and chanting in support of Russia,” Carayol said.

Just took a walk around Melbourne Park after filing and a group of people were standing on the Rod Laver Arena steps, holding up a flag with Vladimir Putin’s face and chanting in support of Russia. pic.twitter.com/2p0LfkyVC3

According to Tennis Australia, some of the Russia supporters were detained by police:

Four people in the crowd leaving the stadium revealed inappropriate flags and symbols and threatened security guards. Victoria police intervened and are continuing to question them. The comfort and safety of everyone is our priority and we work closely with security and authorities.

At the start of the tournament, spectators were allowed to bring in all flags, but after the incident, tournament officials reversed the rule and banned all Russia-related flags from Australian Open events.

All Russian and Belarusian players have played under a neutral flag throughout the Australian Open. As of right now, all tennis players from the two countries cannot compete in one of the sport’s biggest majors, Wimbledon.

At a press conference on Wednesday, Tennis legend Billie Jean King argued Wimbledon should reverse their decision and let players from Belarus and Russia compete in the July major tournament.

“Just have them play and get their money,” King said.

She added that players should be allowed to get world ranking points at Wimbledon. Tournament officials will meet in the coming months to decide if they will reverse the ban on Russian and Belarusian players.