FORGOTTEN Rangers man Mateusz Żukowski is feeling the love after an injury hit season – as he and his stunning partner marked their five year anniversary.

The young Polish defender, signed from Lechia Gdańsk earlier this year, was recruited as a highly rated prospect but only managed a single appearance in a Scottish Cup match away to Annan Athletic.

He later revealed his debut campaign had been disrupted due to a knock but that he’d be back fully fit for preseason.

The right back assured fans on Twitter that he’d be back “much stronger” and ready to go.

He recently shared some stunning images from a holiday in the Maldives with his partner Natalia Kiedrowicz.

The sun-kissed pair looked to be having a ball in the tropical location as they soaked up the rays on beautiful beaches. 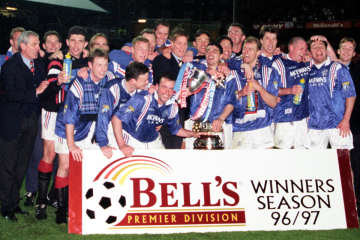 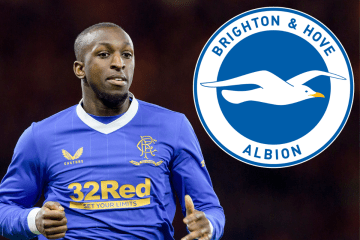 And Mateusz couldn’t help but harp back to their holiday last month as he posted a throwback image to show his affection for Natalia.

He wrote: “Five years together.

“You are the greatest happiness that happened to me, I love you so much.”

While Natalia added: “Five years together. Love you.”

Meanwhile, Jermain Defoe has revealed he was an admirer of his new wife Donna from afar before they even met.

The couple officially met face-to-face for the first time in January 2021 after contacting one another over Instagram before that.

But Defoe admits he couldn’t help but look at her “sexy” pictures online for years before they met, as his attraction grew towards her.

And the England hero believes his Rangers move was fate as it brought him closer to his new partner.

Speaking to OK, he said: “I never planned to get married by a certain age, but because I’ve been focused on my career for the past 22 years, it’s always been go, go, go.

I always knew at some stage I was going to meet the right one and at the back end of my career, I go to Glasgow, play for Rangers and meet my future wife.

“We met years ago when I was playing for Sunderland and I messaged her on Instagram.

“I sent her DM. We had a general chit-chat but hadn’t spoken for ages.

“When I started playing for Rangers in 2019 I remembered Donna was from Glasgow and touched base with her again – I kept looking at her sexy pictures on Instagram.

“But we didn’t meet until January 2021 when Donna asked if I could give her a signed football shirt for a charity do.”