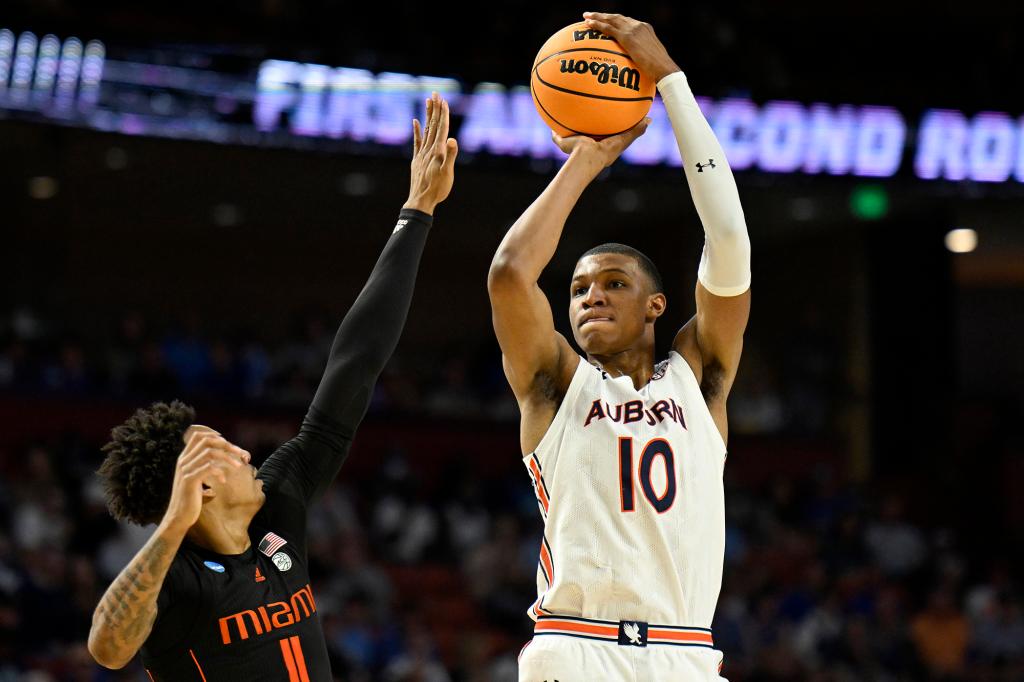 With the NBA Finals now over, teams can officially begin preparations for the upcoming season. And while the free-agent rumor mill is already churning with disgruntled star players looking to move on to their next challenge, the NBA draft remains the best chance for organizations to build their foundational structure for the future.

Although fortunes can change in the NBA with one lottery pick, the teams still have to make the correct selection. You have to go back to 2011 to find the last time a No. 1 overall pick (Kyrie Irving, Cavaliers) won an NBA championship with the team that originally drafted them. The Magic came close twice in their history, with Shaquille O’Neal in 1995 and Dwight Howard in 2009.

If you’re in one of the states that can bet on the NBA Draft, these are the favorites to go first overall.

100% First Deposit Match up to $250 with promo code NYPBONUS

New users only, 21 or older. Available in IA, AZ only. Full T&C apply.

Get a $250 First Deposit Match

This season, Orlando will have the top overall pick again, marking the fourth time in the franchise’s history. There are three players at the top of the odds board and one will almost certainly hear his name called first on Thursday night.

Odds are courtesy of BetMGM as of Wednesday afternoon.

The top overall pick in the 2022 NBA Draft is down to a three-horse race with Auburn’s Smith the odds-on favorite at -250.

Smith led the Tigers with an average of 16.9 points and was second with 7.4 rebounds per contest. At 6-foot-10, he has a silky smooth jump shot as he shot 42% from behind the 3-point line.

Given his size and frame, Smith has been compared to Nets forward Kevin Durant. Both players are the only college freshman to make at least 70 3-pointers and 100 free throws in a season. Smith has gone from a slight -140 favorite a month ago to -300 the day before the draft.

Of the three candidates for the top pick, the Duke forward might be the player most ready to compete in the NBA. Banchero is listed at the same height as Smith, but his 250-pound frame already bodes well for the league.

Banchero has plenty of upside after leading the Blue Devils in both points (17.2 ppg) and rebounds (7.8 rpg). However, his 3-point shooting (33.8%) does diminish some of his luster. The Duke product attempted 3.3 3-pointers per game compared to Smith’s 5.5 per contest.

I think Banchero might be the better pick than Smith, but that doesn’t mean he’s the best fit for the Magic. It’s worth noting that last season, Orlando finished 28th in 3-point shooting (33.8%). Banchero is unlikely to improve those numbers in his first year, whereas Smith would immediately make the Magic better in that department once he steps on the floor.

Banchero to Orlando has gained steam over the last few days. He’s seen his odds shorten at BetMGM from 16/1 on June 19 to +275. Even with the drop in odds, Banchero +275 to go No. 1 is my favorite play heading into Thursday’s draft.

Check out the best sports betting sites and apps

After getting plenty of attention early on to be the first selection, the Gonzaga forward now has the third shortest odds on the board. And while that price is tempting in terms of value, sportsbooks are either comfortable with their position on Holmgren or trying to drum up some action.

Holmgren averaged 14.1 points and 9.9 rebounds in his lone season with the Bulldogs. The Minneapolis native is indeed the unicorn of this draft which is fitting because he’s drawn comparisons to Kristaps Porzingis. However, his floor could also be more like Sean Bradley.

There are reports Holmgren would prefer to be drafted by the Thunder with the second pick. Thus, I don’t think the Magic would risk selecting him if his intentions are genuine.

Orlando currently has three centers on its roster compared to just one for Oklahoma City. I don’t expect Holmgren to go No. 1 overall to Orlando, so it’s a pass even at these tempting odds.

Denial of responsibility! Yours Bulletin is an automatic aggregator of the all world’s media. In each content, the hyperlink to the primary source is specified. All trademarks belong to their rightful owners, all materials to their authors. If you are the owner of the content and do not want us to publish your materials, please contact us by email – [email protected]. The content will be deleted within 24 hours.
chet holmgrenjabari smithnbanba draftpaolo bancheroPost Action BettingSportsSports Picks
0
Share

Is Jersey part of the UK? – The Scottish Sun

Padraig Harrington powers to 5-shot lead in US Senior Open

Driver attempted to run over protestors during…

The sex positions most and least likely to give…

Spotify is testing ‘Community’ to let…