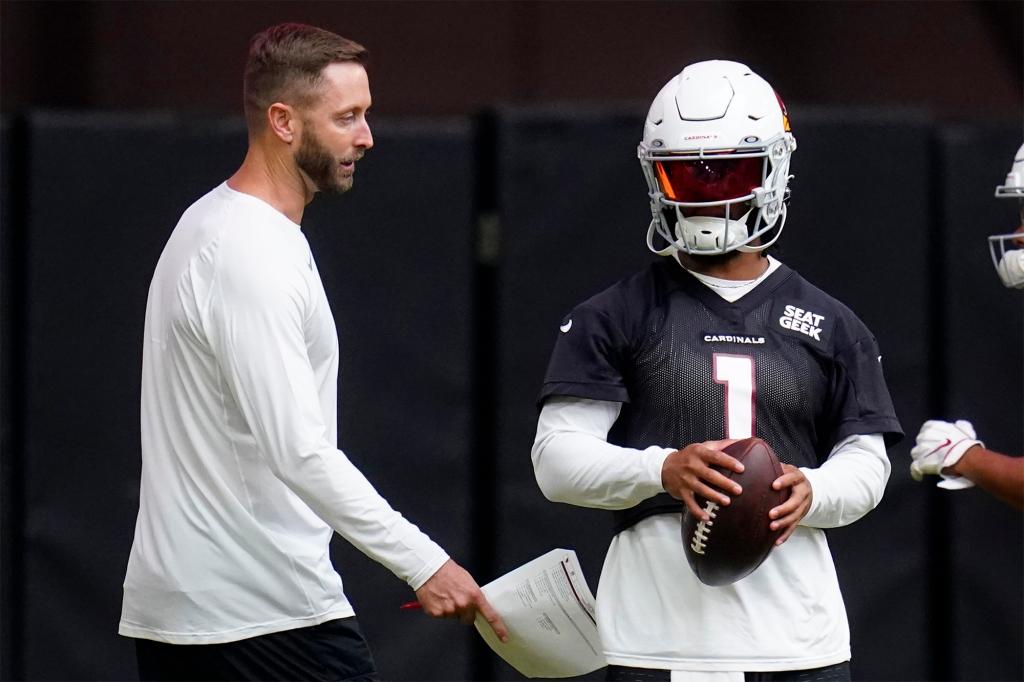 Kliff Kingsbury had a message about play calling for Kyler Murray:

To get it across, he had Murray call plays for the backup quarterbacks during practice last Saturday. The Cardinals coach wanted his starter to understand what it was like to call plays during a game, so what better way to get that experience?

“Every now and then, he starts shaking his head when I’m calling in there, I’m like, ‘Alright, big dog,’ ” Kingsbury told reporters on Thursday. “Anytime we can keep him involved. He was coaching them right up until the last second, like while they were trying to throw he was saying stuff to them, so probably won’t be doing that again.”

Kingsbury added jokingly that, although Murray did well: “I would not want to play for Kyler Murray if I was a quarterback and he was the coach.”

Murray is going into his fourth season as a center of attention throughout the NFL after signing a massive extension that drew eyeballs not just for the dollar figure but for a “homework clause” that the team said was later taken out.

The former offensive rookie of the year led the Cardinals to the playoffs for the first time last season, but now faces the weight of expectation and scrutiny in a way he hasn’t as of yet.

Murray hasn’t practiced over the last week after a positive test for COVID-19, though Kingsbury said that he was “hopeful” Murray could come back on Saturday, before Arizona hosts fans for their Red and White practice.

Denial of responsibility! Yours Bulletin is an automatic aggregator of the all world’s media. In each content, the hyperlink to the primary source is specified. All trademarks belong to their rightful owners, all materials to their authors. If you are the owner of the content and do not want us to publish your materials, please contact us by email – [email protected]. The content will be deleted within 24 hours.
arizona cardinalskliff kingsburyKyler MurrayNFLSports
0
Share

50K pre-bookings for new foldables in India in…

Joe Biden Has Nothing on His Public Schedule Today…