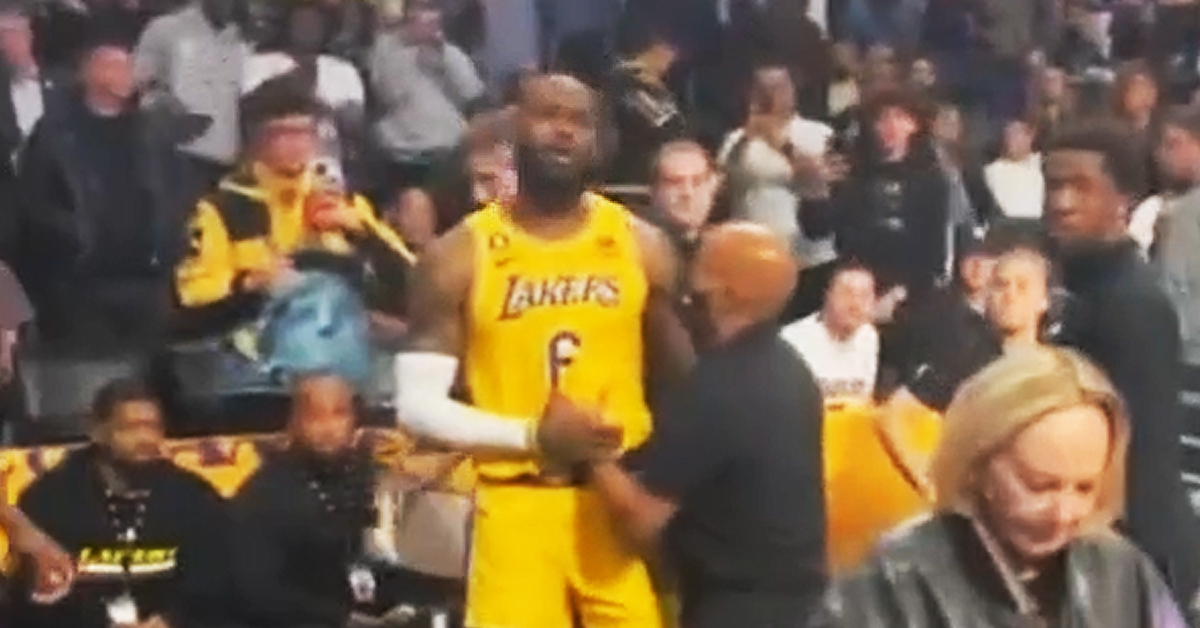 Los Angeles Lakers star LeBron James had to be restrained by team personnel after a fan mocked him as he walked off the court.

James was headed to the Lakers’ locker room at halftime on Tuesday night against their crosstown rivals, the Los Angeles Clippers, at Cyrpto.com Arena in Los Angeles. A fan decided to poke fun at the 20-year NBA veteran’s hairline after he ridiculed LeBron since the team has underperformed all season with a (22-26) record.

“Hey, Bron! Hey Bron! You better get this shit together!” the man shouted. “With that receding-ass hairline!”

King James did not take kindly to the man’s aggressive tone and words, so he stopped in his tracks and began to take a step toward the fan, but a Lakers’ team personnel held LeBron in his place. The fan was positioned in a section behind the basket, right in the first row, and clearly close enough to get James’ attention.

LeBron walked away as he was guided away from the fan’s direction and down toward the Lakers’ locker room.

As of writing this post, it is unclear if the fan was removed from the arena or not.

Despite being badgered by the fan, James scored 46 points against the Clippers, and he became the first NBA player in the league’s history to score 40 or more points against every organization.

The Lakers fell to the Clippers 133-115 and are currently in 13th place in the NBA’s Western Conference. Seems pretty clear why the fan let LeBron have it with how poorly they have played throughout the 2022-2023 season. Maybe going after the receding hairline was a bit too much. The self-proclaim “woke” star might want to think about going completely bald to give his critics one less thing to mock him about.

Watch above via TMZ Sports.

Forrestfield stabbing: Rohan Winchester says he was the ‘victim’ in violent fight with stranger Sean Collier

Thessaloniki city guide: Where to stay, eat, drink and shop in this buzzy Greek coastal hotspot