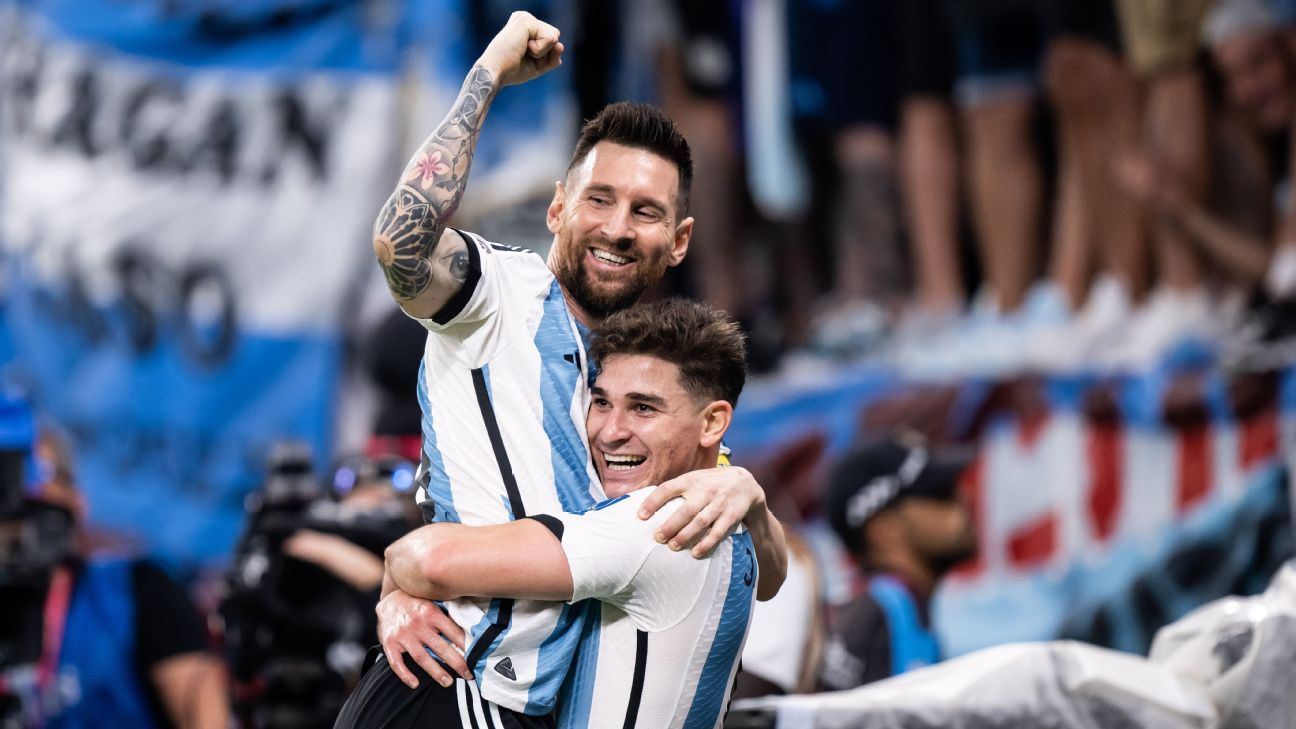 Messi equalled Maradona’s eight World Cup goals in Argentina’s previous game against Mexico, scoring from distance to set the Albiceleste on their way to a 2-0 win.

He surpassed the 1986 World Cup winner — and Guillermo Stabile, who scored eight times at the 1930 World Cup — with his ninth goal at the tournament on Saturday.

The landmark effort came in the 35th minute, giving Argentina a 1-0 lead, after he collected a layoff and expertly side-footed the ball low into the net with his famed left foot.

The goal was Messi’s first in the World Cup knockout stages and came on the occasion of his 1,000th game for club and country.

Messi had a chance to overtake Maradona in Argentina’s final group stage game against Poland but missed a first-half penalty. Argentina went on to top the group after a 2-0 win.

Messi scored on his World Cup debut in 2006, coming off the bench against Serbia and Montenegro in the group stage before rounding off a 6-0 victory for his side.

He failed to score entirely in the 2010 World Cup, however, as an Argentina side managed by Maradona reached the quarterfinals but lost 4-0 against Germany.

The forward enjoyed a far more prolific 2014 tournament, scoring four times in Argentina’s first three games as he helped them to the final — where they were beaten by Germany.

He scored just once at the 2018 finals in Russia — against Nigeria in the group stage — and has now netted in all of Argentina’s group games in Qatar.