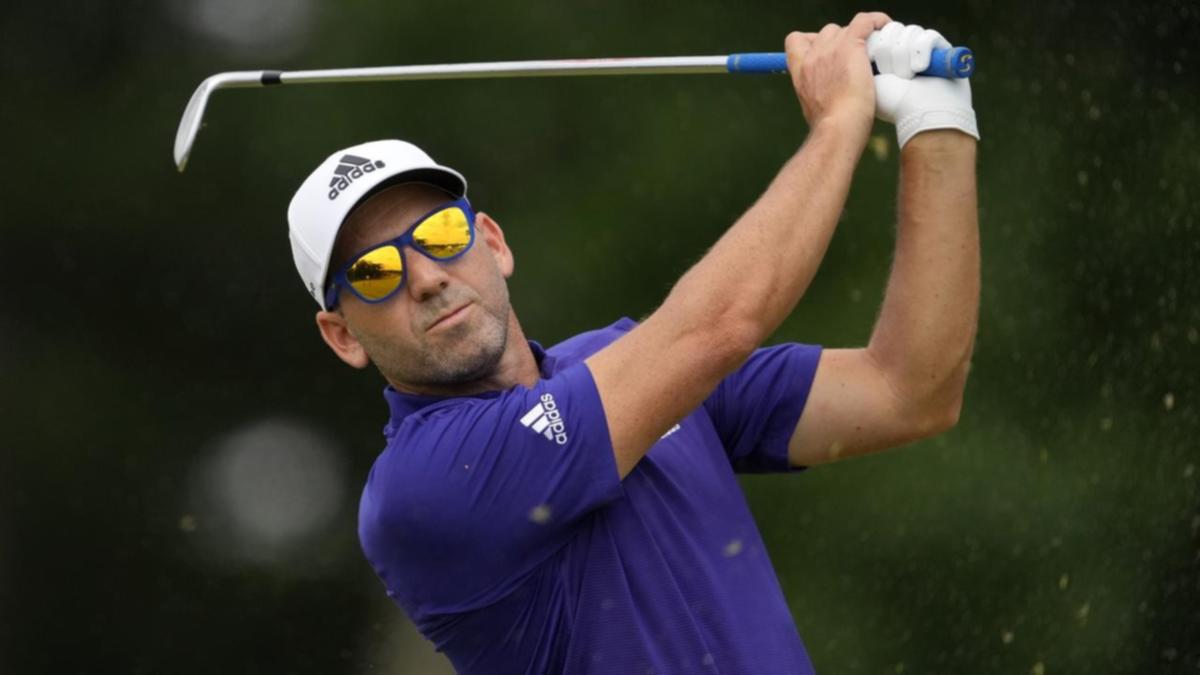 The DP World Tour has fined members who played in the inaugural LIV Golf Invitational Series PS100,000 ($A177,835) apiece and banned them from the upcoming Scottish Open and two other events.

Players like Ian Poulter, Lee Westwood and Sergio Garcia all joined the Saudi-backed breakaway venture at Hertfordshire earlier this month despite not having received releases to do so.

The PGA Tour immediately indefinitely banned all its members within minutes of the players teeing off at Centurion Club but the DP World Tour delayed making a decision.

However, citing a breach of regulations it has now imposed sanctions, which in addition to the six-figure sum fines includes removing all involved from the Scottish Open, which is held the week before the 150th Open Championship at St Andrews, plus the Barbasol Championship the same week as the Scottish Open and the Barracuda Championship (the week of the Open).

The DP World Tour also said any subsequent involvement in the LIV Golf Series, whose next event starts in Portland, Oregon, next week, may result in additional punishments.

“Every action anyone takes in life comes with a consequence and it is no different in professional sport, especially if a person chooses to break the rules,” Keith Pelley, chief executive of the DP World Tour, said.

“That is what has occurred here with several of our members.

“Many members I have spoken to in recent weeks expressed the viewpoint that those who have chosen this route have not only disrespected them and our tour, but also the meritocratic ecosystem of professional golf that has been the bedrock of our game for the past half a century and which will also be the foundation upon which we build the next 50 years.”

Money raised from the fines will be shared equally between the prize funds of upcoming tournaments on the DP World Tour and the tour’s charitable Golf for Good programme.

Denial of responsibility! Yours Bulletin is an automatic aggregator of the all world’s media. In each content, the hyperlink to the primary source is specified. All trademarks belong to their rightful owners, all materials to their authors. If you are the owner of the content and do not want us to publish your materials, please contact us by email – [email protected]. The content will be deleted within 24 hours.
golfsport
0
Share

Bazball and the allure of the Edgbaston Test that awaits India