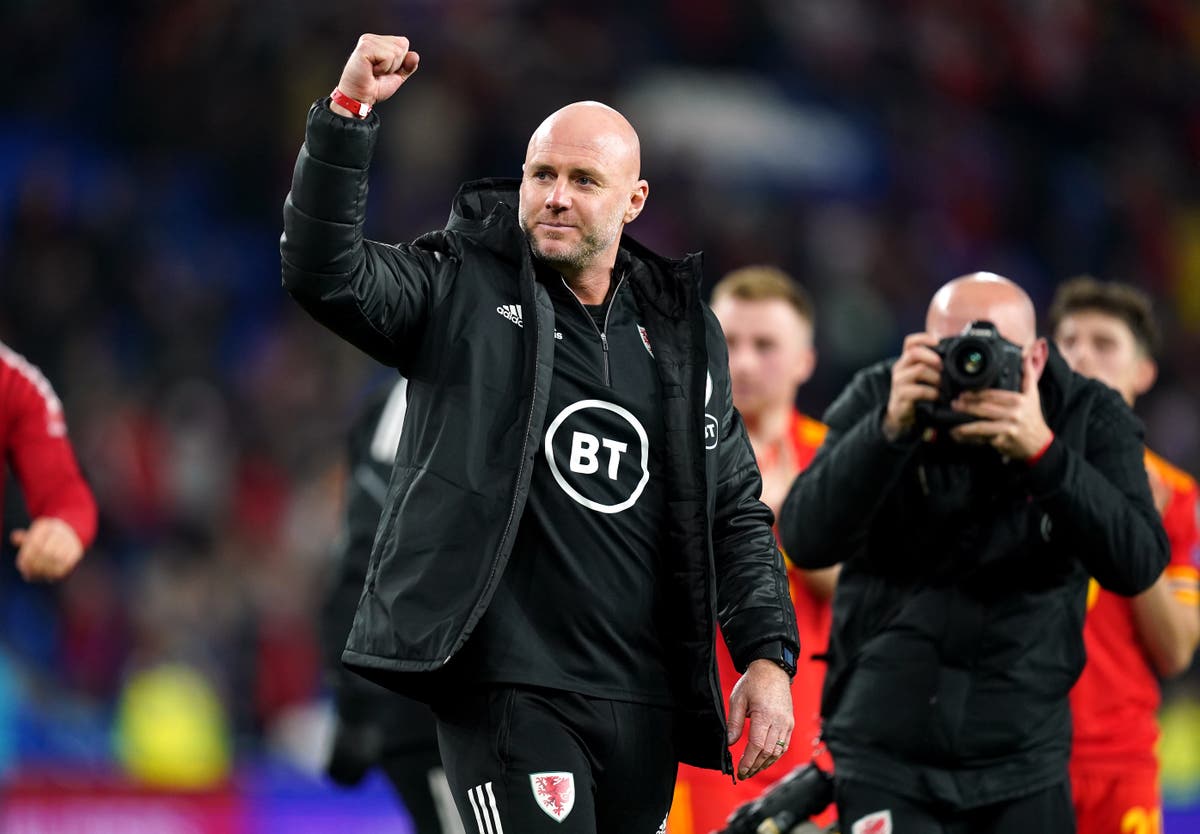 Robert Page says Wales fans can dare to dream of a first World Cup finals appearance since 1958 after getting the “luck of the draw” in Zurich.

Wales were among the six seeded teams guaranteed a home semi-final tie in the World Cup play-offs after finishing second in their qualifying group.

The Dragons were paired with Austria in that section of the draw, with the winners then handed a home tie against either Scotland or Ukraine for a place at Qatar 2022.

In doing so, Scotland and Wales avoided big guns Italy and Portugal, who were drawn together in the same play-off path to determine Europe’s last three World Cup qualifiers.

“If you had a wish, you’d want two home games,” said Page, whose side have not been beaten at home since November 2018 – a run of 16 matches.

“We had to work hard for one and we got the luck of the draw for the second one, so the incentive is there for us. We’ll have two packed houses. We’ve seen the impact supporters can have on us in the recent campaign.

“We’ve given ourselves a great opportunity, haven’t we? It’s all there to play for.

“I’m not going to lie, I had one eye on Portugal and Italy. You want to avoid, on paper, the better teams and they are fantastic teams.

“Seeing them both finish in second place was a shock, but it’s good they’ve got together in the same group.”

Asked if Wales fans could dare to dream of ending a 64-year wait to be at a World Cup, Page said: “Why not? Absolutely. That’s why we put all this work and effort into this campaign.

“Why can’t we dream? That’s what we are here for. Since we were young boys growing up you always wanted to be part of a World Cup qualification campaign and then a World Cup. We are two wins away from it.”

Austria finished fourth in their qualifying group behind Scotland but qualified for the play-offs through their Nations League results.

Gareth Bale and company have done well against Austria over the last decade, winning two and drawing one of their three games.

A potential ‘Battle of Britain’ final against Scotland would rekindle memories of past World Cup meetings between the two nations.

The Scots came out on top 2-0 in a decisive 1978 World Cup qualifier that had been controversially switched to Liverpool’s Anfield ground, while a 1-1 draw in Cardiff eight years later was enough to dash Welsh qualification hopes for the 1986 World Cup.

But Page, who insisted any all-British final would not be switched from their Cardiff City Stadium fortress to Welsh rugby’s 74,500-capacity Principality Stadium home, said that would not be the case this time.

Page said: “It is not going to be an 80:20 split in Scotland’s favour, I will tell you that. Absolutely.

“We’ve got a phenomenal record at home and our supporters have a big part to play in that.

“The stadium was rocking in the last two games against Belarus and Belgium and we need that again.

“If it’s not broke, don’t fix it at this moment in time. We have had a great experience of playing at Cardiff City Stadium.

“You saw what it was like against Belgium and that’s more important for us. It’s about creating that atmosphere, getting a full house and getting the support behind us.”

Where to buy a Steam gift card and which shops sell them?