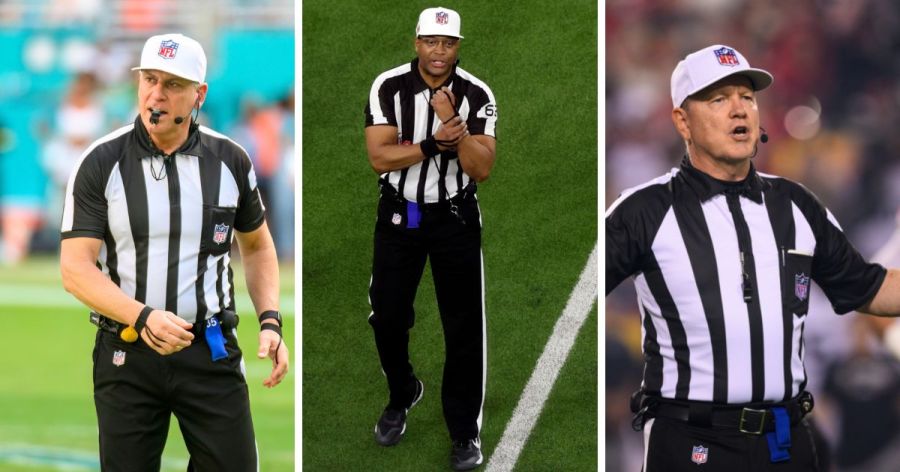 KANSAS CITY, Mo. – The National Football League has announced the officiating crews for the AFC and NFC championship games and this year’s Super Bowl.

Meanwhile, Ron Torbert’s team will call the AFC showdown between the Kansas City Chiefs against the Cincinnati Bengals.

For the Chiefs, this game can and will be a little tougher than usual.

Torbert, 59, who’s been a referee since 2014, officiated his first Chiefs game in the same year when Kansas City lost to the Tennessee Titans 26-10 to open up the season.

According to Pro Football Reference, Torbert has not officiated in GEHA Arrowhead Stadium in nine seasons.

Torbert’s crew was one of the four officials that called the fewest penalties per game — but called more penalties on home teams in the 2022 season, according to NFL Pentalties data.

However, quarterback Patrick Mahomes is 2-1 in his career when Torbert is the referee.

If the Chiefs beats the Bengals on Sunday, more tough tasks are ahead for them in the Super Bowl.

The league also announced that Carl Cheffers has been assigned to officiate the Super Bowl, which Chiefs fans might not be happy about.

Cheffers will be working his third Super Bowl in his career. He last officiated a Super Bowl two years ago when he was the referee for the Tampa Bay Buccaneers’ Super Bowl LV win over the Chiefs in Tampa.

But more recently, Cheffers has come under fire from Chiefs fans this season.

In the 30-29 comeback win against the Las Vegas Raiders in week 5, Cheffers defended his roughing the passer call against defensive tackle Chris Jones.

Jones grabbed the ball as he took Raiders quarterback Derek Carr to the ground. Jones appeared to brace his landing with his left arm to avoid putting his full body weight on Carr and avoid a flag, but Cheffers saw it another way and threw his flag.

Carl Cheffers after the game

Cheffers was also the referee in the Chiefs’ week 15 overtime win against the Houston Texans that drew a lot of attention on social media, including from Mahomes’s wife, Brittany Mahomes.

Brittany ripped the officials after Texans defensive tackle Maliek Collins Sr. whipped Mahomes down for a sack in the second quarter.

The quarterback and many Chiefs fans were looking for a penalty but didn’t get it.

“I’m confused, we are allowed to tackle quarterbacks like that now? Got it. The inconsistency is BS,” Brittany Mahomes tweeted.

She also added, “I’m tired of dirty hits,” later as officials did not throw a flag on some questionable plays.

During the Texans scoring drive in the third quarter to put Houston up 21-16, the Chiefs were penalized four times in the drive, including an offside, pass interference and back-to-back illegal contacts penalties.

Cheffers has a checkered history with the Chiefs, too.

Specifically, tight end Travis Kelce called the referee out after a 2017 playoff loss to the Pittsburgh Steelers when a holding call negated a 2-point conversion that would have tied the game. The Chiefs lost the Divisional Round game 18-16.

Warning issued over 1700ft asteroid that’s been hurtling through space for 4.2billion years