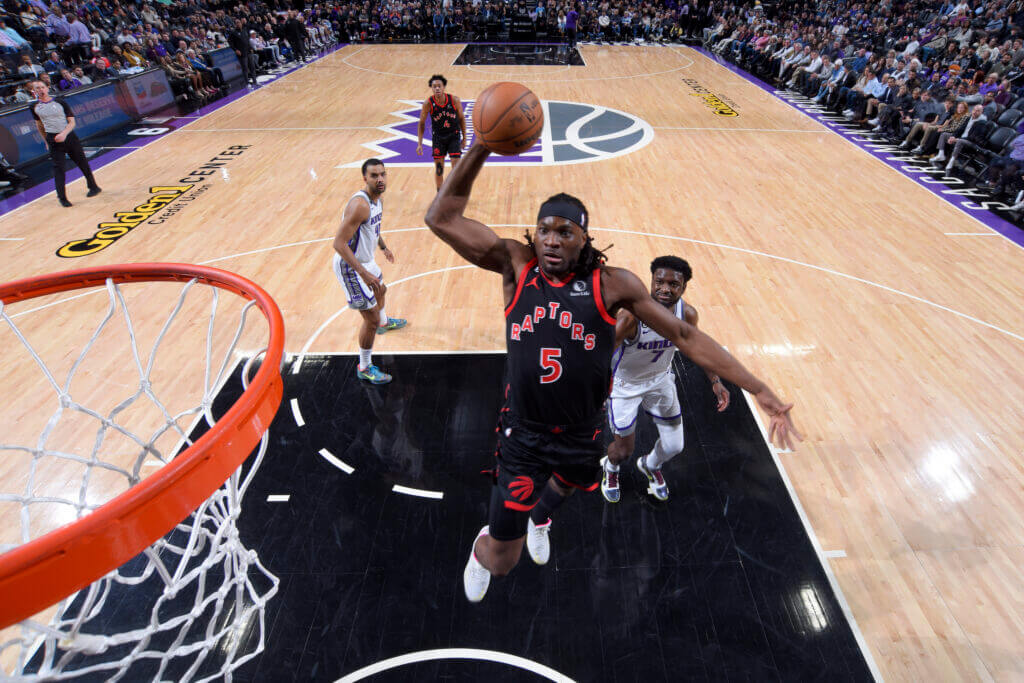 Walton was tossing thinly veiled throwing stars at all corners of the Kings organization, hinting at the type of dysfunction that has defined them for much of what is now a 16-year playoff drought. After Walton’s firing, the Kings a) made a bold trade that they lost, by consensus; b) made the wrong pick, or at least didn’t maximize value, in the draft; and c) hired a three-time NBA head coach. The Kings were doing Kings things, it stood to reason.

Fourteen months later and those Kings are perhaps the feel-good story of this year, one of only three teams in the Western Conference better than four games above .500. The trade, in which they acquired Domantas Sabonis for Tyrese Haliburton, is now seen as fundamental in defining the Kings’ identity, if not a no-doubt-about-it win-win trade. (Haliburton is pretty good, and meaningfully younger and cheaper for this season and next.) The pick, Keegan Murray, is fitting in well and shooting 42 percent from 3. Mike Brown, the coach, is now fielding questions about the “soul” of a franchise. Owner Vivek Ranadivé gave the two top members of the front office contract extensions early in the week.

Did we somehow miss the part when the Sacramento Kings became a model organization?

“In my opinion, everything was here to win at a high level,” Brown said before the Raptors thumped his Kings 113-95. “So for me, that’s what I’ve been preaching since day one. Anything less than that, in my opinion, won’t be a success. To everybody’s credit, everybody I’ve talked to at the beginning of this process and all stages of the process have all had the same vision. Nobody just wants to just make the playoffs and be happy about it and have a good summer. Noooo, screw that: We’re playing, we might as well play to win.”

There are two things for the Raptors, amid their second annus horribilis in three years — although this one is not yet doomed if the Raptors can repeat their performance Wednesday two dozen more times — to take from that. One, they should already know: Things can change quickly in a year, and no moment lasts forever. Secondly, sensibly reorganizing their roster can make a huge difference.

Sure, the Kings probably should have insisted on more draft equity than a second-round last trade deadline when they essentially swapped Haliburton and Buddy Hield for Sabonis. Now, however, Sabonis’ partnership with point guard De’Aaron Fox is the guiding force behind everything the Kings do, from the drafting of Murray to the trade for Kevin Huerter.

“Where does it start? It starts with a great pick-and-roll, a point guard (Fox) who’s hard to keep up with and keep out of the paint, a guy (Sabonis) who rolls and a guy who can post, a big who can pass and shoot,” Nick Nurse said before the game. “And then you throw a whole bunch of shooters and athleticism and all those kinds of things around that, and all of a sudden you’re looking at a whole bunch of guys that are able to score the basketball.”

The transferable point is obvious. The Raptors have three all-purpose forwards, Pascal Siakam, Scottie Barnes and O.G. Anunoby, who are all fairly deliberate with the ball. That would be OK if they were all knockdown shooters and producing great defensive results. They’re not, with Wednesday as a notable exception.

They don’t want to repeat the Kings’ mistake of giving up more than they should have, or at least not nailing the value end of things, to properly align the roster. It’s hard to not look at Fox’s career year and not draw a straight line to Sabonis’ presence. As the Raptors approach the trade deadline, there is an option that falls between buying and selling — reorienting.

Offensively, the three forwards are not going to get the best out of each other. Siakam and Barnes are more similar to one another than either is to Anunoby, but Anunoby, because of his salary, is probably the easiest of the three to trade. If there is any way they could turn Anunoby into a floor-spacing, rim-protecting centre — Myles Turner is the most obvious candidate, but there are others — while getting some real draft equity at the same time, that would be great. There are enough games like Wednesday’s, and enough interest in the Raptors’ core players, that the whole thing is pretty obviously not worth throwing overboard.

It doesn’t have to happen at the deadline. The Raptors could wait until the offseason when more teams will be seeking change. As we saw last year, there is a version of the Raptors with all three forwards that can thrive. After a season and a half of watching them play together, it’s fair to be skeptical about the three allowing each other to ever become the best versions of themselves. There’s no reason the Raptors should be having a version of the same conversation 14 months from now.

• There is a reason opposing coaches still speak with such reverence about the Raptors defence. (OK, there are two reasons; the first is to be nice.) The Raptors apply the type of ball pressure that so few other teams do. Brown said before the game that this would tell him whether the Kings were ready for playoff-level defensive pressure, and that either answer would help determine the path forward.

Man, the Raptors were everywhere. Sabonis was beyond frustrated as Anunoby and Precious Achiuwa dealt with him physically, and Siakam, Barnes and Fred VanVleet constantly reached in to bother passes to and from him. Sabonis turned the ball over nine times, a career high.

“O.G. can pretty much guard anybody. We put somebody different on him to slow him down and just play the different lanes,” VanVLeet said. “We had a different game plan to just make life as tough as possible on him. He’s a tremendous player obviously. Just want to make it tough. … We got in those gaps, being ready to help and swarm on all of those drives.”

• Achiuwa is outrageously smooth, especially for a guy who occasionally very much is not. He had 19 points on 9-for-12 shooting.

• Chris Boucher has made more plays at the defensive rim lately. He had a sublime block of Chimezie Metu shortly after entering the game in the first quarter. His reaction time seems way up from earlier in the year. Boucher also blocked his first 3 in a while.

• It helps to be tall. Barnes went baseline in the second quarter and threw a brilliant left-handed pass over the top to Boucher for a wide-open 3. Fox tried a similar pass a few possessions later, and turned it over, not able to see through the bodies. All things being equal — and they are not — being 6 feet 8 is better than being 6 feet 3. Barnes slung a bunch of great passes against the Kings, on his way to 10 assists.

• Speaking of passes, Pascal Siakam has started to go up for jumpers and then opt out for a pass if he sees an open teammate under the basket. It’s a risky play, but just another example of how Siakam’s playmaking has improved. He found Achiuwa for an easy bucket in the second quarter with the move. He had seven assists. His 11 rebounds, meanwhile, moved him past Amir Johnson and Antonio Davis into fourth on the all-time franchise rebounding list.

• The Kings’ game operations crew stays winning: As the public address announcer introduced the Raptors starters, they had a staffer hum the “Jurassic Park theme off-key, with a miniature dinosaur skull opening and closing its mouth. Low-tech humour at its best.

• Kings fans yell “Murray” after the public address announcer says “Keegan” after a basket from the rookie. Seriously, the vibes are impeccable.

Denial of responsibility! Yours Bulletin is an automatic aggregator of the all world’s media. In each content, the hyperlink to the primary source is specified. All trademarks belong to their rightful owners, all materials to their authors. If you are the owner of the content and do not want us to publish your materials, please contact us by email – [email protected]. The content will be deleted within 24 hours.
toronto raptors
0
Share

Trump issues statement after Meta announces end of 2-year Facebook ban, allowing him to return to the platform

Firefall is back: How and where to see Yosemite’s breath-taking natural phenomenon