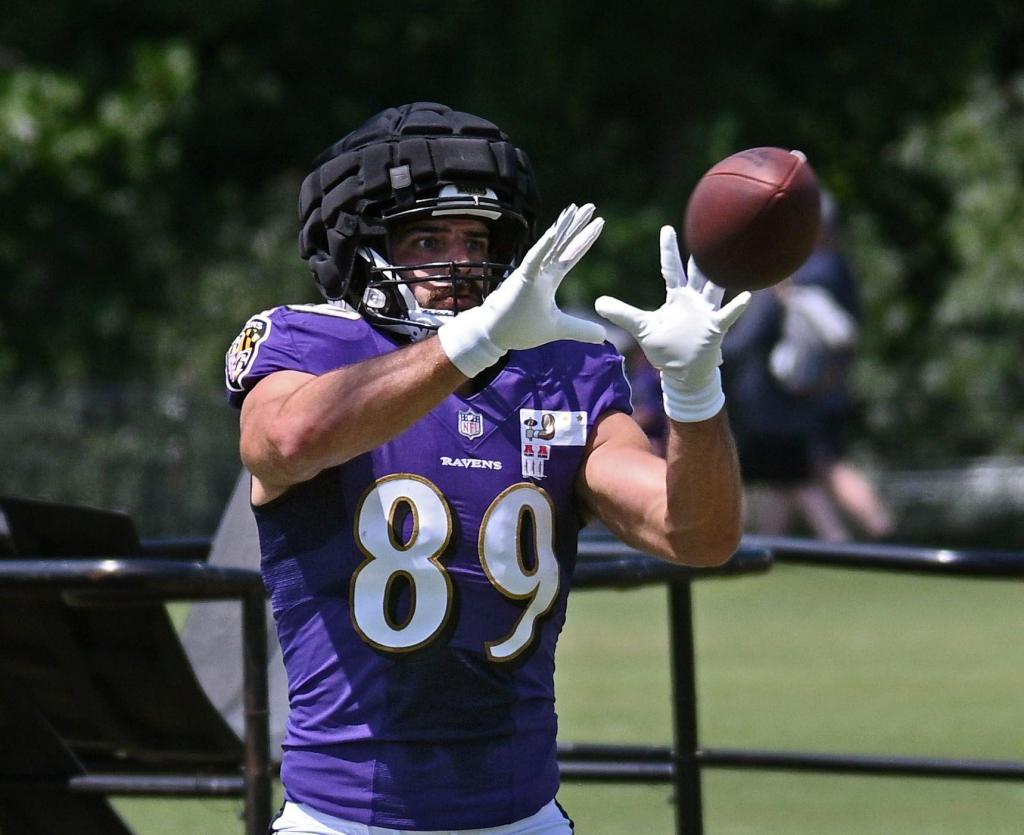 On his last series of training camp in Owings Mills, Ravens quarterback Lamar Jackson saw one of his passes batted down by Calais Campbell, another intercepted by safety Marcus Williams and a third fall far from intended target Shemar Bridges, who never turned his head to look for the ball.

This frustrating sequence was a fitting cap to an out-of-sync Wednesday for the Ravens offense, which has appeared far from midseason form during recent practices. Jackson threw high or wide on several attempts during 11-on-11 drills and was on a different page than his receiver several other times.

In other words, don’t read too much into the defense holding an advantage as camp wrapped and the Ravens looked ahead to their second preseason game in Arizona.

One offensive player who’s not afraid to show his disappointment at a practice misfire is No. 1 wide receiver Rashod Bateman. “I criticize myself and then I criticize the offense,” he explained. “We can’t leave no money on the field. We need every completion. … I just feel like this team can do special things this year, and you’ve got to chase perfection to do that.”

The Ravens made their biggest offseason investment, five years for $70 million, in Williams, one of the best young center fielders in football. Though he had not done anything to make this look like a bad bet over the first two and a half weeks of training camp, Williams had not been the star of the defense either. On the last day of camp, he was.

His showcase started when he popped tight end Mark Andrews on a play over the middle, jarring the ball loose from Jackson’s most reliable target. Later on, he punished Jackson for trying to thread a pass to Andrews through traffic, snatching the ball for his first interception of the summer. He added another pick against third-string quarterback Anthony Brown in seven-on-seven drills.

The Ravens struggled to take the ball away from opponents last season, and they made turnovers a priority as they designed their defense for 2022. A returning Marcus Peters will help, but they’re hoping Williams will give them a weapon they’ve lacked on the back end.

“He can cover some ground. You saw that today,” Harbaugh said. “I’m looking forward to seeing him play.”

Andrews is not just one of the best players on the team and one of the best in the league at his position, he’s also one of the most fun Ravens to watch in practice. Dog days or no, it does not take much to stir the All-Pro tight end’s competitive fury.

On the very next play after Williams jarred the ball out of his hands, Andrews snatched a pass in traffic in front of Williams and first-round pick Kyle Hamilton. His aggressive body language suggested that retribution was very much on his mind.

This is a major reason why teammates and coaches hold players such as Andrews and cornerback Marlon Humphrey in the highest regard. They’re essential members of the roster who could coast through August reps that no one will remember. But they can’t stand losing for even a moment, and it shows.

>> Wide receiver Bailey Gaither was the team’s surprise offensive star, catching a long Tyler Huntley pass over safety Geno Stone and running unimpeded to the end zone in 11-on-11 drills. He later caught a long pass from Brown in seven-on-seven drills.

>> Offensive tackle Ja’Wuan James fielded a punt cleanly during a special teams drill designed to teach the handling of ground balls. Jordan Stout did not put this particular punt on the ground, and the 6-foot-6, 312-pound James caught it like he’d been doing the job his entire life. “He did look smooth,” Harbaugh said, laughing. “None of us could do that.”

Is it a cold, flu or Covid? Key symptoms as…