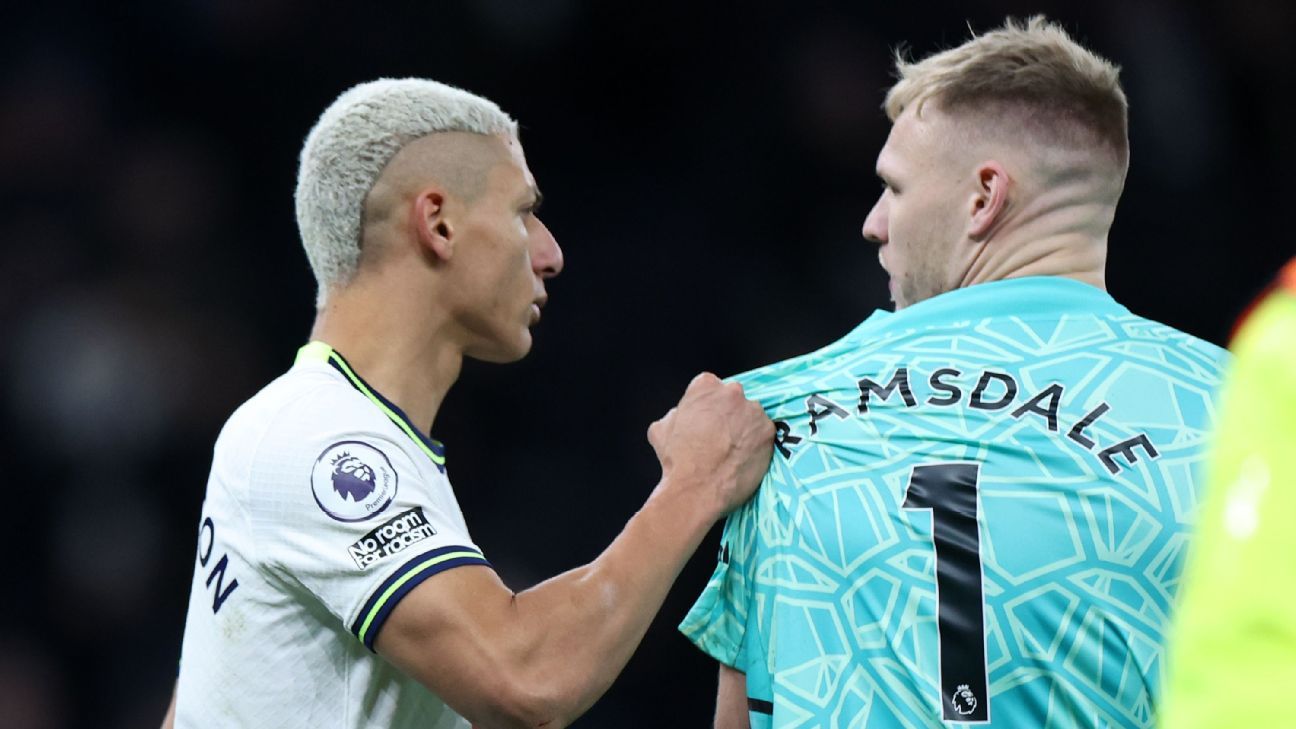 Richarlison shoved Ramsdale after the goalkeeper raised his arms and kissed his jersey while looking towards the home fans at the final whistle.

Ramsdale was then kicked in the back by a Tottenham supporter as he prepared to leave the field.

“What I really didn’t like was their goalkeeper going to celebrate in front of our fans,” Richarlison told ESPN regarding Ramsdale. “It’s kind of disrespectful to our fans, he has his fans, he has to go celebrate with his fans, not be cute with our fans.”

Richarlison, who came on as a 71st minute substitute in Sunday’s game, said he didn’t fear punishment for his actions.

“Punishment nothing,” he said. “People know that we tried to do our best, but you have to respect other teams. He [Ramsdale] lacked respect there, and I went there to call him up on it.”

Richarlison also had exchanges with Arsenal pair Gabriel Martinelli and Gabriel Magalhaes during the game.

As Martinelli was about to take a corner kick, he saw his Brazil teammate Richarlison warming up as a substitute close to him and extended his arm for a fist-pump only to be denied. Richarlison said he was upset at Martinelli because he had dived in an earlier play.

“I want to apologise to him,” he said. “He put his hand out and I didn’t. Like it or not, he is my Brazil teammate. This is part of it, it’s a derby, we were hot headed.

Tottenham said they are working with Arsenal and local authorities to help identify the fan who kicked out at Ramsdale and will take action once they have.

‘Cooperation in a Fragmented World’