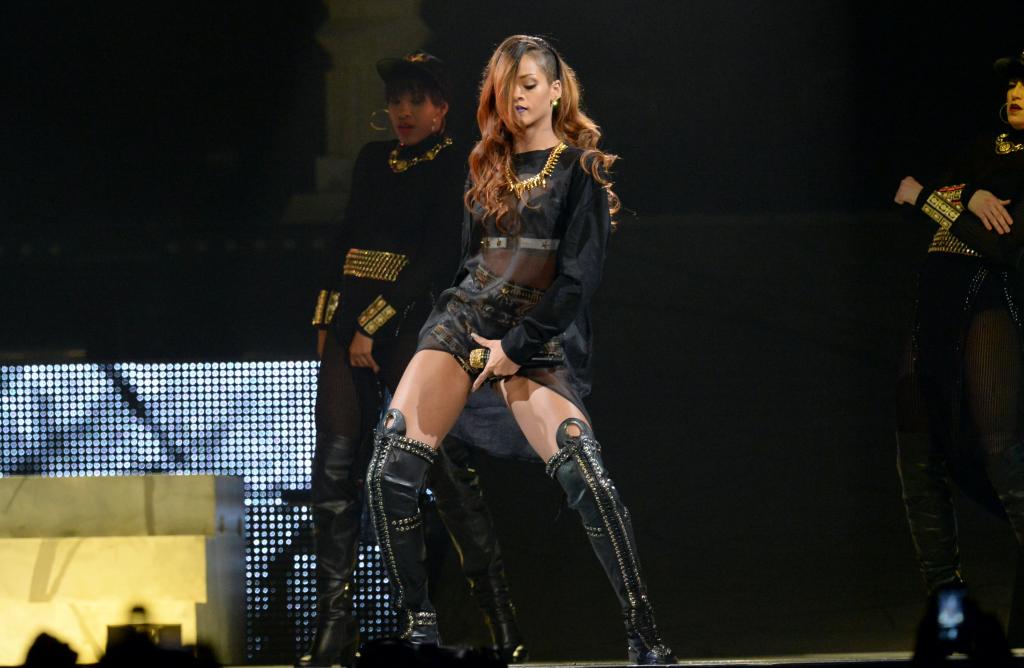 When I grow up, I want to be just like Roger Goodell. On Tuesdays, you can say and do anything you please even if it’s the opposite of what you said and did on Monday.

And no media assigned to cover you or the business you head will report that you’re full of it, a neglectful, first-rung phony and relentless hypocrite.

And the job pays $63 million a year. (Shipping and handling not included.)

Last week, Goodell’s NFL kept its streak alive when it announced that Rihanna would be the halftime headliner at Super Bowl LVII on Feb. 12. Thus, the NFL continues to select sexually explicit, vulgar, culturally corrosive entertainers, who reference blacks as “n—as,” to perform before the league’s largest annual audience.

Is there a time and place for such entertainment and entertainers? I suppose. The laws of populist supply and demand serve all tastes, high, low and backwards. Is Super Bowl Sunday that time and place? According to Goodell, a transparent panderer, it clearly is.

At the same time, the NFL’s stadiums continue to carry two large and conspicuous messages just beyond their end zones: “End Racism” and “It Takes All of Us.”

If it does, in fact, take all of us, why doesn’t it start with Goodell? If the goal is to end racism, why invite those who sing (or rap), produce, sell and sustain the most abhorrent racial slur known to right-minded, civilized Americans?

Is there a good or proper context to call one a n—a? If there is, Goodell should be eager to share it with us. How does the rap music-mainstreamed use of that slur advance the best interests of black America, which he purports to and the NFL pays to promote?

Last year, after Snoop Dogg, with numerous arrests — drugs, guns, banging with Crips — was invited to grab his crotch while performing at the Super Bowl, Goodell turned down an invitation to read aloud some of the titles of Snoop’s songs.

Snoop was beneath Goodell, you see, but not you and yours, at least not during the Super Bowl.

Not that Goodell felt much heat. He rarely does. From PSLs to gambling to pretending to advocate for NFL fans, he has specialized in being full of it. And why not? Since he was named commissioner in 2006, he has escaped media scrutiny and accountability on such issues.

If no one watches, it is a real game?

From the Department of You Can’t Make It Up: In a week in which Aaron Judge tied Roger Maris’ legitimate — as in clean — single-season home run record, reader Vincent Conte identified MLB’s most comically mindless new-age game.

The Pirates, entering the ninth inning, were on the precipice of ending their streak of, gulp, 329 games without a complete game. The Bucs were leading, 3-0, and Bryce Wilson had allowed just three hits on just 90 pitches.

Patrick Reed, now a member of the Saudi-backed LIV Golf tour, has one of the most extensive reputations for suspected malfeasance, especially cheating, from college — he was dismissed from Georgia’s team — through his PGA Tour career (which he denies, of course). He has a gift for engendering mistrust.

Yet, he’s now is suing Golf Channel, its owners and multiple commentators, including Brandel Chamblee, for $750 million in damages, claiming defamation of character.

This is known as “be careful of what you [and your lawyer] wish.” If it comes to trial, the defense’s collection of character witnesses could make for exceptionally damning theater followed by an L.

The NFL last week announced that its Pro Bowl will be replaced by a week of “skills competitions” to begin during the week following the conference championship games in Las Vegas.

One moment, NFL TV and radio game commentators tell us that a QB “wisely threw the ball out of bounds” to prevent a sack or “smartly threw it out of the end zone.” We’re additionally told things such as “that’s the third dropped pass by his receivers today.”

The next moment they’re parroting “QB passer ratings,” which negatively factor all incompletions, as if they’re all the same and statistically significant.

And the weather, the quality of the offensive line, the circumstances dictated by the score as often determined by the team’s defense? Totally irrelevant. Every pass is treated like an at-bat then passed along to you as misused, misapplied math and science.

The NBA season hasn’t begun, and many are already weary of the usual drama among the Nets. They no longer care what Kevin Durant and Kyrie Irving think, say or do. Blame it on the human condition. At a tiny fraction of their salaries, we all have our gripes and problems.

The problem with many “woke” folks is that they seem to be unconscious. After the defending World Series champion Atlanta Braves visited the White House this past week, President Biden’s press secretary, Karine Jean-Pierre, said there should be a “conversation” about changing “Braves” to something that doesn’t offend Native Americans.

But how is “Braves” offensive? It’s a compliment, like “Warriors” and “Chiefs.” Has Jean-Pierre never heard “Hail to the Chief”?

I supported the replacement of “Redskins” and “Indians” because they made nicknames, mascots and even caricatures of an entire race. Braves? I’d be flattered to be called a Brave.

Browns DE Myles Garrett, a trouble magnet on the field as witnessed in two titanic fights plus penalties and fines for unsportsmanlike conduct, and a menace off the field for five speeding violations and recently flipping his car while reportedly speeding, was the Browns’ 2020 nominee for the Water Payton NFL Man of the Year award.

Mike Breen and family, who lost everything they didn’t have with them when their home was destroyed by a fire last week, are, according to Breen, doing well, comforted that they weren’t home when it occurred. But geez, starting with the loss of family photos …

Reader Ed Sukenick has a question: “If we don’t allow athletes to bet on games because they have the ability to influence them, why do we allow Congress to invest in companies they regulate?”

Twitter’s @BackAftaThis has again caught Fox Sports 1’s $6 million per year man Colin Cowherd doing what he does best: fabricating facts. Thursday, he claimed John Stockton “missed a year.” If Cowherd knew what he was blowing hard about he’d know that Stockton was remarkable in that throughout his 19-year NBA career he missed a total of just 22 games.

One more arrest of an Ohio State football player and the band will start to dot the i’s in “Penitentiary.”

Denial of responsibility! Yours Bulletin is an automatic aggregator of the all world’s media. In each content, the hyperlink to the primary source is specified. All trademarks belong to their rightful owners, all materials to their authors. If you are the owner of the content and do not want us to publish your materials, please contact us by email – [email protected]. The content will be deleted within 24 hours.
equal timehalftime showNFLRihannaRoger GoodellSportssuper bowl
0
Share

Here’s who may be replacing Trevor Noah

Five Falcons who need to thrive down the stretch, starting with a QB

Is Carvana Going To Declare Bankruptcy?