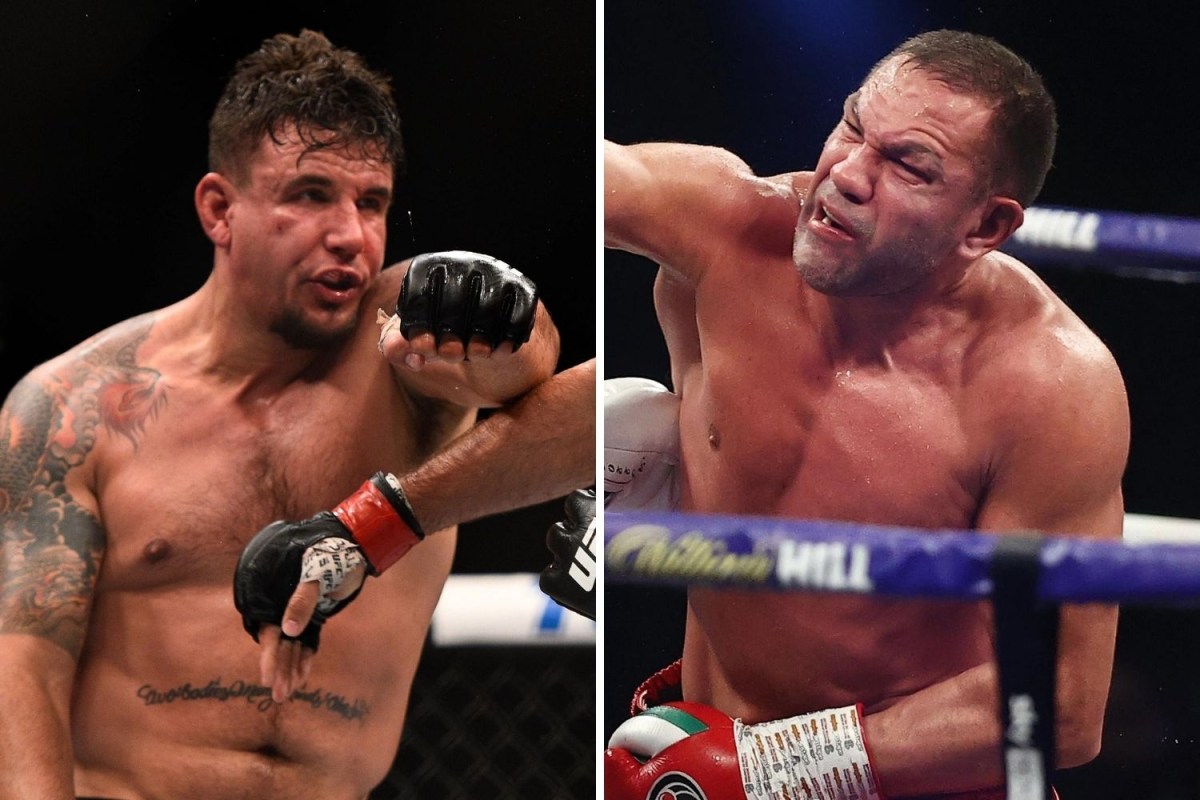 GET ready for a new type of mayhem as Triad Combat hits your screens this weekend.

Led by Triller Fight Club, the event features a packed card and fights will combine the best of boxing with MMA elements – plus a bit of live music from Metallica for good measure.

Topping the bill of this inaugural event is heavyweight boxing star Kubrat Pulev, who was last in the ring for his 2020 world title defeat against Anthony Joshua.

He will take on former MMA star and wrestler Frank Mir, who hasn’t been since his victory over Roy Nelson at Bellator 231 in 2019.

What are the rules?

In effect, the bouts will see a combination of boxing and MMA.

The fighters will wear MMA gloves and every clinch position is permitted.

All the punches in the book including hammerfists and spinning backfists are also allowed, so expect plenty of brutality.

Rounds will last for two minutes and in the case of Pulev vs Mir, the bout goes on their pro record.

When is Triad Combat – Pulev vs Mir?

Which TV channel and live stream can I watch it on?

Triller are hosting this evening and as such it will be shown live on Fite TV.

The streaming only service can be accessed worldwide and has a number of available options to subscribe.

What is fighting on the undecard?

Frank Mir: “I just make it everything but a boxing match.

“It’s too close to the fight to really worry about letting the cat out of the bag, but yeah, behind every punch, he’s not going to be able to throw combos.

“Every punch, I’m grabbing him afterwards, and then I’m going to work the clinch and just drag on him and really push his grappling cardio, which he doesn’t have to the experience that I do. It’s different.”

Kubrat Pulev: “So I don’t like to speak too much what I will do because you know this is like one little war.

“But for sure, I will be very, very heavy for him because I’m very combative.

“That’s why I’m prepared good, I have lot of power, and I feel great to fight with him because he’s also a great fighter and I respect him.”