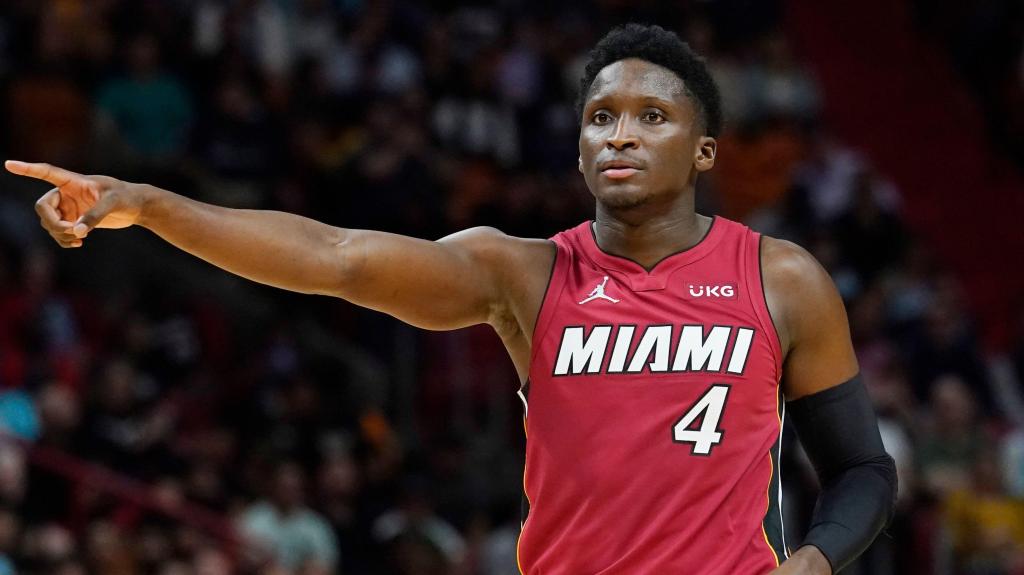 Among the nuances of the Miami Heat’s early agreements in NBA free agency are a pair of restrictions on the one-year, $11 million contract with guard Victor Oladipo.

While Oladipo’s salary could work in eventual trade permutations, both time and NBA trade rules are on Oladipo’s side.

First, any player signed in free agency cannot before traded for three months or until Dec. 15, whichever comes later.

That means that Oladipo cannot be included in any trade this offseason, no matter if his salary would balance a potential deal for Kevin Durant or Donovan Mitchell, the league’s two leading trade targets at the moment.

Beyond that timing element, Oladipo also has an implied no-trade clause.

Players who have Bird Rights, as Oladipo does, and then agree to one-year contracts, cannot be traded over the term of the contract without their consent. Bird Rights allow players to be signed above the salary cap.

While Oladipo eventually could prove open to a trade, particularly if it meant greater playing time to showcase himself ahead of next summer’s return to free agency, an agreement to a trade would mean forfeiting his Bird Rights.

Because Dewayne Dedmon, another Heat free agent who reached an agreement to return, will be back on a two-year deal, the veteran center does not have such veto rights when it comes to a trade.

But, like Oladipo, Dedmon also cannot be traded until Dec. 15.

The signing restriction is different for draft picks, with Heat first-round pick Nikola Jovic eligible to be traded 30 days after signing his rookie-scale contract Saturday amid the Heat’s summer league in San Francisco.

Because Oladipo and Dedmon cannot formally be signed until Wednesday’s noon end of the NBA’s personnel moratorium, their contracts still could be worked into immediate sign-and-trade agreements should they acquiesce.

But the greater reality is that even though the Heat have three contracts in various sweet spots on the salary scale, from Duncan Robinson’s $16.9 million for 2022-23 to Oladipo’s $11 million to Dedmon’s $4.3 million, only Robinson’s salary is immediately available to be put into play in a trade.

The Heat also have summer-league participants Mychal Mulder and Javonte Smart under two-way contract, with teams allowed to carry up to two such players during the season.

Teams in the offseason can carry as many as 20 players, a limit that does not include those solely under summer-league contracts.

Three reasons why I’m upgrading to the…

Silicon Valley Conservatives Are Stepping Out of…