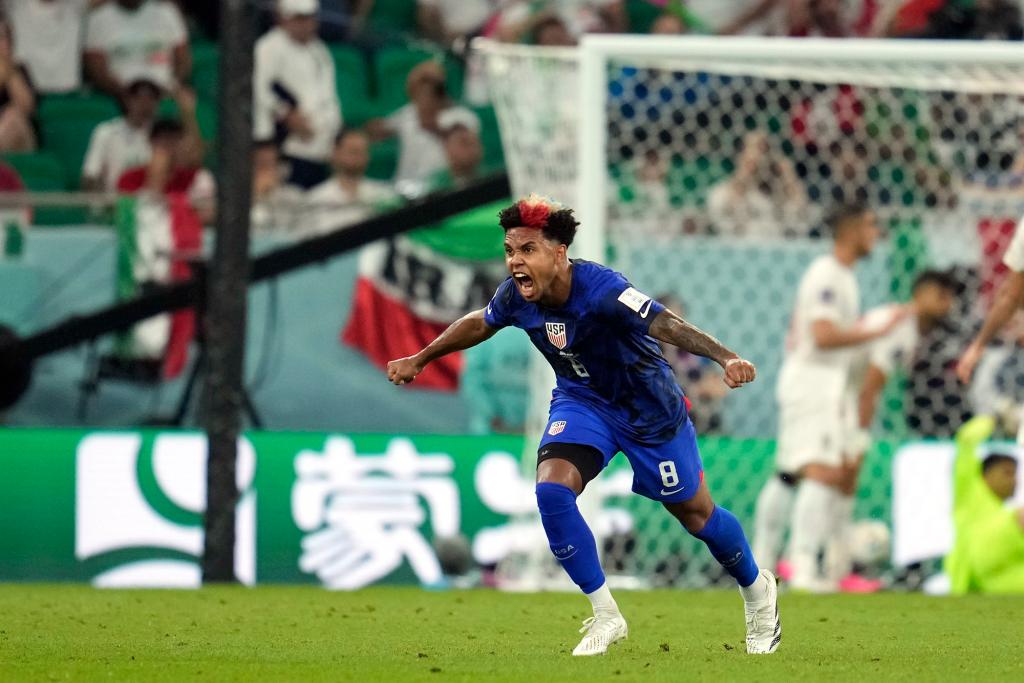 The United States tried to win three games 1-0, and on the third try, it finally succeeded.

And so the Americans will advance to the knockout round of the World Cup to face the Netherlands on Saturday, in spite of a strategy that begged, dared and cajoled Iran to go get an equalizer for the final 45 minutes of a heart-stopping 1-0 win on Tuesday.

That achieved the base expectation of this World Cup — an appearance in the knockout stage. If the United States is going to go any further, then there can be no more of this.

No more turning into a defensive shell after going up a goal. No more bafflingly letting Giovanni Reyna waste away on the bench. No more failures in game management — and yes, this is about Haji Wright shooting the ball instead of going straight to the corner flag late in Tuesday’s game, leading to a final chance from Iran.

The United States has one — one! — shot on goal in the second half of all three of its games combined. That is not good enough for a team that so thoroughly dominated the opening 45 minutes against Wales and Iran, and had England on its heels for much of the full 90. There must be more decisiveness in the final third and in the penalty box. There needs to be a willingness to put the ball on goal instead of hunting for the perfect shot. You don’t get extra points for passing the ball into an open net.

This team does not have a great striker at its core, and that is not changing. Josh Sargent had a disappointing group stage. Haji Wright did little of note. Jesus Ferreira, for some reason, has not seen the field. Still, this team has proven capable of breaking down teams in possession and delivering the ball to scoring positions — and it has not always been the strikers who have failed to capitalize.

According to ESPN’s Sam Borden, the United States not only had its best ever expected goals mark in the first half of a World Cup game since 1966 — its mark of 1.38 was nearly twice that. Iran had zero. Some of that is down to the way Iran coach Carlos Quieroz chose to set up his team, which was very much playing for a 0-0 draw. But Iran’s stylistic change alone, forced when Christian Pulisic scored in the 38th minute, is no excuse for what happened in the final 45.

All four of coach Gregg Berhalter’s substitutions were defensive in nature. Even Pulisic, injured on his goal, was lifted at half for Brenden Aaronson, nominally a midfielder, over Reyna, another forward. That was the first sign that the U.S. was going to spend the second half of the game in its own end.

This is a team capable of more, and that is the frustrating part. With the ceiling the Americans showed against Wales and England, making it out of the group stage should not have even come down to this game. Instead, a nation spent stoppage time on Tuesday praying for the final whistle.

The Netherlands is beatable, and Saturday’s Round of 16 encounter is not a matchup that should automatically spell doom. But it will if the U.S. proves so unable to play with a lead.

Of course, the fear against the Dutch is the U.S. won’t get a lead to begin with. But we know this is a team unafraid to take the game to its opponent, at least until the exact moment that it scores.

Sitting back for so much of the match should not have even worked against Iran, which had a series of late chances that amounted to little. It will not work against the Netherlands.

In addition, a lack of aggression on the counterattack against the Dutch, who will play with a high line that makes them vulnerable to such, will undo the Americans.

In the end, the U.S. did what it needed to do in the group stage, albeit by the skin of its teeth. The knockouts are a tabula rasa with no option to play for anything other than a win. What matters is getting there.

So if they are again in a position to step on the opposition’s neck in this World Cup, the U.S. must do so, instead of wondering whether it will get back up again.

⚾ SHERMAN: Mets in play for another top pitcher in case Jacob deGrom bolts

🏈 O’CONNOR: Brian Daboll has to reach another level to get Giants in playoffs

Conference title game? Can they pass?

Though this is championship week in college football, we’re faced with a rare week where no one is playing to gain anything, at least in regards to the College Football Playoff. Georgia, Michigan, TCU and USC — the current top four — are playing in conference championship games. Ohio State and Alabama, ranked fifth and sixth, are not. That means if any of the top four fall out of the playoff, it will be because they played an extra game compared to the team that gets in over them.

It figures that Georgia and Michigan are safe no matter what. Both are undefeated and played SEC and Big Ten schedules. They’re also the least likely of the four to lose their conference title games, at least if Vegas lines — Georgia is favored by 17.5 over LSU, Michigan is favored by 16.5 over Purdue — are anything to go on.

For the Horned Frogs, though, this would be an especially cruel scenario. Lest we forget, TCU was left out of the playoff in 2014 because the Big 12 did not have a conference championship game — leading the conference to add one. That season, TCU went into the final week of games ranked fourth, beat Iowa State 55-3, then fell to sixth because Ohio State had won its conference title game and TCU did not play a conference title game. The Buckeyes went on to win the national title, so there is little memory, outside of Fort Worth, of the illogical way they got there.

But consider this: If TCU loses to Kansas State this weekend, there is suddenly a case to leave out the Horned Frogs in favor of … Ohio State again! Only this time, it’s the reverse — the Buckeyes would be getting in because they did not even make their conference title game, and TCU would be excluded because they had to play an extra game.

The same scenario exists for USC, but that is slightly more palatable, at least in the sense that the Trojans already have a loss on their resume (by one point to Utah, their opponent on Friday night). If you wanted to make an argument for Ohio State over USC now, you could. (It would not be a good argument, but it at least exists.)

If there’s ever been a week to exemplify why conference title games are solely a cash grab, though, it’s this one: the week when playing one is an active disadvantage.

Two years ago, nearly to the day, when Diego Maradona died, the outpouring of grief in Argentina was something to behold. The Argentine government declared three days of national mourning, thousands of people gathered in Buenos Aires — downtown, at La Bombonera, where he played for Boca Juniors; in Villa Fiorito, the neighborhood where he grew up.

It is hard, as an American, to properly behold what winning the World Cup means to a nation such as Argentina, but that is the sort of burden Lionel Messi will bear Wednesday, when the Argentines face potential elimination against Poland. This is the 35-year-old Messi’s last World Cup, his last chance to equal Maradona’s 1986 feat of victory, and Argentina came into the tournament as one of the favorites.

A disaster loss against Saudi Arabia later and they need a result in the last game of the group stage to advance. It’s possible, depending on what the Saudis do against Mexico, that a draw won’t be enough.

Messi has always been compared unfavorably to Maradona at home for a litany of reasons too expansive to get into here and too local to Argentina to accurately sum up from thousands of miles away. The national team’s relative lack of success with Messi as its talisman, though, is the biggest and most obvious.

Messi finally led his country to a major trophy in 2021, when Ángel Di María’s goal put them past Brazil in the Copa América. Argentina had lost the final of that particular tournament three times with Messi on the team (2007 to Brazil, 2015 and 2016 both to Chile), and lost the World Cup final in 2014 to Germany on Mario Götze’s extra time winner.

Messi has won countless more club trophies than Maradona, who played in Europe for a comparatively short 10 seasons and never won a European Cup with Napoli or Barcelona. But that has not earned him the kind of adoration at home that Maradona had.

Only one thing can, and he may lose his last chance at it on Wednesday.

Denial of responsibility! Yours Bulletin is an automatic aggregator of the all world’s media. In each content, the hyperlink to the primary source is specified. All trademarks belong to their rightful owners, all materials to their authors. If you are the owner of the content and do not want us to publish your materials, please contact us by email – [email protected]. The content will be deleted within 24 hours.
2022 World Cupbeyond the back pagepost sports+ newslettersSportsSports Plusus soccer
0
Share