Will Chicago Cubs outfielder Seiya Suzuki represent Japan in the World Baseball Classic? ‘We really want him to play.’ – The Mercury News 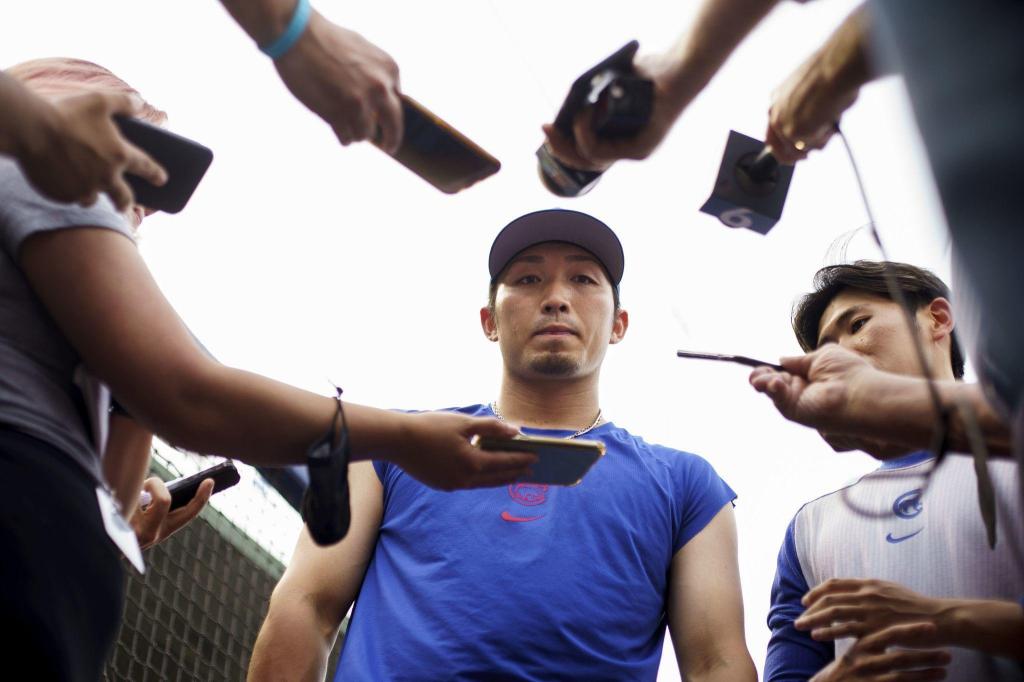 Chicago Cubs right fielder Seiya Suzuki still is mulling whether to represent his country in the World Baseball Classic.

Team Japan manager Hideki Kuriyama said Tuesday at the winter meetings that the team will give Suzuki as much time as possible to decide — even if that means his decision lingers into February.

“There’s no doubt he’s the No. 1 outfielder in Japan and we really want him to play on this team.”

Kuriyama wouldn’t say if it’s an all-or-nothing situation for the 28-year-old Suzuki to commit to playing in the entire WBC or whether he could participate in part of it. The semifinals and final are scheduled for March 19-21 in Miami, while Japan’s pool play (March 9-13) and quarterfinals (March 15-16) will be played in Toyko.

Although rules have not been officially determined for in-tournament roster changes, according to Kuriyama, it appears the only time players can be replaced will be going into the semifinal round and it will be limited to pitchers.

Kuriyama said he has not communicated much with Suzuki about the looming decision. He declined to discuss whether anyone from Team Japan has made a pitch to Suzuki on why he should play for his country in the WBC.

“Personally I want Seiya to join as many games as possible,” Kuriyama said. “So I want him (with us) from the beginning.

“I will tell players that we’ve all replaced players from the beginning if they’re not performing well. And he’s a part of it as well. So I’m just going to try my best to win the whole tournament.”

During the last WBC in 2017, Suzuki, then 23, appeared in five games for third-place Japan. He went 3-for-14 and posted a .313 on-base percentage with two runs scored.

Suzuki, 28, is coming off an uneven rookie season. He started hot in April, winning National League Rookie of the Month honors, but a fluky left ring finger sprain on an awkward slide into second base in late May in Cincinnati sidelined him 35 games. After he returned, Suzuki hit .270/.332/.434 with 10 home runs, 10 doubles and 25 RBIs over his final 70 games.

It’s a tough spot for Suzuki, whose first season in Major League Baseball was affected by the lockout and required a season-long learning curve, including the adjustment to a new culture. Playing in the WBC would mean a second consecutive abnormal start to his season.

“Ultimately I’ll support whatever he decides he wants to do,” Cubs President Jed Hoyer said last month at the general manager meetings. “In a perfect world, you’d be able to prepare completely for our season but also represent his country.”