Yankees blow save, walked-off by Red Sox in loss as woes continue 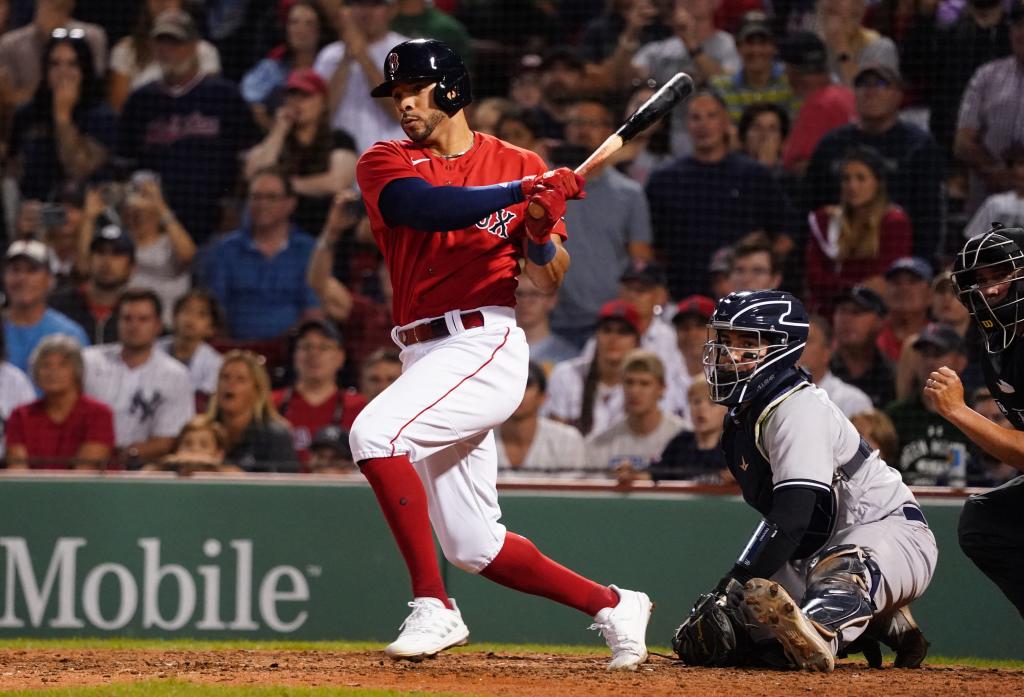 BOSTON — No matter what place the Red Sox are in, Fenway Park is a dangerous place for the Yankees.

It proved to be the case again, as the Yankees lost for the eighth time in nine games when Tommy Pham single off Lou Trivino with one out in the bottom of the 10th drove in the winning run in a 3-2 Yankees loss Friday in front of a sellout crowd of 36,434.

Trivino got Jaylin Davis on a comebacker to open the inning, but that groundout sent automatic runner Christian Arroyo to third base. Pinch-hitter Reese McGuire then reached on a bunt single before Pham drilled one down the third-base line to end it.

The Yankees had pinch-runner Tim Locastro as the automatic runner in the 10th. Aaron Judge walked before Anthony Rizzo lined out to first. Josh Donaldson struck out, and with Gleyber Torres at the plate, the Yankees executed a double steal.

Torres then whiffed to keep the score tied at 2-2.

The Yankees were up by a run on the last-place Red Sox heading into the ninth before Clay Holmes, who’d allowed at least one run in three of his previous four appearances, walked Xander Bogaerts and Alex Verdugo with one out to bring up J.D. Martinez.

After a visit from pitching coach Matt Blake — and with Wandy Peralta warming in the bullpen — Holmes gave up a single to center that drove in Bogaerts to tie the score, and sent Verdugo to third.

Peralta came in and retired Eric Hosmer and Arroyo to extend the game.

The Yankees took the lead against Nathan Eovaldi in the top of the first when Judge, who reached on a one-out walk, scored from first on a Rizzo double.

They threatened again in the second, on consecutive one-out singles by Trevino and Isiah Kiner-Falefa, but Aaron Hicks struck out and DJ LeMahieu grounded out.

Judge left nothing to chance in the third, leading off with a monstrous homer over the Green Monster in left to make it 2-0. It was his 46th of the year and also gave him 100 RBIs on the season.

German pitched around a one-out double by Devers in the first and two singles and a walk in the second.

The Red Sox got back in the game in the bottom of the fourth, thanks to a rough inning by Kiner-Falefa at shortstop.

After Verdugo dropped a hit to right-center, he attempted to get to second. Judge’s throw appeared to get there in time, but Kiner-Falefa wasn’t able to get the tag down and Verdugo had a double.

Martinez followed with a grounder up the middle that Kiner-Falefa couldn’t get to and it went for an RBI single.

It was the only run German gave up in six innings. The right-hander has given up just six runs in his last four starts after getting knocked around in Houston in his first outing of the season.

Matt Barnes took over for Eovaldi in the seventh and gave up a one-out single to LeMahieu and then hit Judge on the left elbow with a pitch.

But Rizzo and Josh Donaldson struck out to keep the Yankees’ lead at one run.

Effross replaced German to start the seventh and pitched a scoreless inning.

Chapman took over in the eighth and pitched a clean inning before Holmes entered — and added some drama.

The Yankees’ closer has struggled with his command since the All-Star break, but hadn’t walked a batter in his previous two games.

Denial of responsibility! Yours Bulletin is an automatic aggregator of the all world’s media. In each content, the hyperlink to the primary source is specified. All trademarks belong to their rightful owners, all materials to their authors. If you are the owner of the content and do not want us to publish your materials, please contact us by email – [email protected]. The content will be deleted within 24 hours.
Aaron Judgeanthony rizzoboston red soxclay holmesdomingo germanlou trivinoMLBnew york yankees
0
Share

Trump says “it was all declassified” — how declassification usually works