Yankees’ DJ LeMahieu could be headed to IL with toe injury 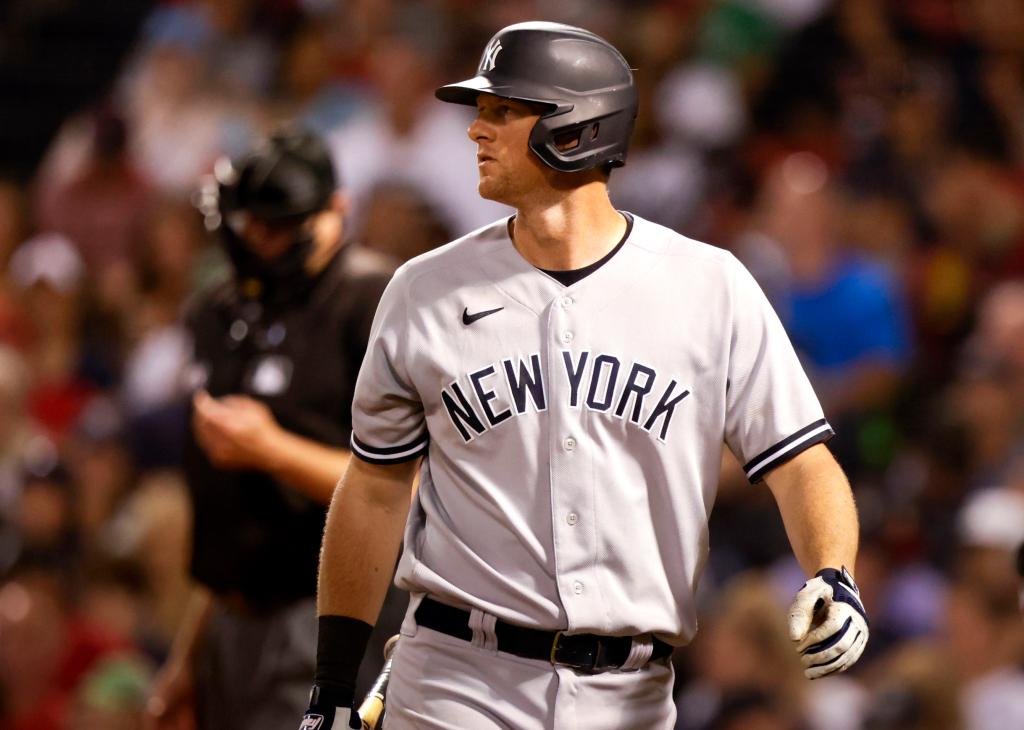 A more concrete decision on DJ LeMahieu’s status may come by Thursday at the latest.

The Yankees infielder missed a third straight game Tuesday due to inflammation in his right big toe. While LeMahieu said he has been feeling better in the last few days, it remains to be seen whether that improvement will allow him to avoid the injured list.

Manager Aaron Boone said that he was “hopeful for” LeMahieu to play Wednesday in the finale of a three-game series against the Rays. Boone later said a decision regarding whether or not to put LeMahieu on the 10-day IL could come in the next day or two. With LeMahieu unavailable, the Yankees have been playing with a shorthanded, three-man bench.

“We’ll probably make that decision sometime [Wednesday or Thursday] of saying, ‘Yeah, it’s beneficial to take the now seven days or so,’ or, ‘We’re ready to go,’ ” Boone said Tuesday before the Yankees hosted the Rays. “I really don’t have a lean either way on it, other than holding out some hope that he can be in there [Wednesday].”

The Yankees could backdate LeMahieu’s IL stint to Sunday, which would still knock him out through the Subway Series next Monday and Tuesday.

LeMahieu has been receiving treatment on the toe, taking medicine and getting orthotics for his right cleat. The toe issue affects LeMahieu’s swing when he rotates on his back foot, and he was in a 1-for-18 skid before hitting the bench Sunday.

When asked whether he was confident he could be back in the next few days or if he might need an IL stint, LeMahieu was noncommittal.

The Yankees had sorely missed LeMahieu atop the lineup. They were shut out in back-to-back games in his absence. Without him in the lineup, the Yankees used Miguel Andujar as their DH on Tuesday against Rays left-hander Jeffrey Springs.

Giancarlo Stanton (Achilles tendinitis) went through another full pregame workout on Tuesday, repeating what he did on Monday.

Boone said he expects Stanton, who last played on July 23, to go on a rehab assignment “in the next couple days.”

Reliever Miguel Castro (right shoulder strain) played catch in the outfield for a second straight day after being shut down from throwing for up to four weeks. The right-hander has been on the shelf since July 16 and was recently transferred to the 60-day IL.

Denial of responsibility! Yours Bulletin is an automatic aggregator of the all world’s media. In each content, the hyperlink to the primary source is specified. All trademarks belong to their rightful owners, all materials to their authors. If you are the owner of the content and do not want us to publish your materials, please contact us by email – [email protected]. The content will be deleted within 24 hours.
aaron boonedj lemahieugiancarlo stantonmiguel castroMLBnew york yankeesSports
0
Share

Are your ears ringing? Tinnitus affects 750 million people, yet there is a lack of treatments, a new study finds

The 8 breast cancer myths you probably think are…