‘You Show Him Some Respect!’ 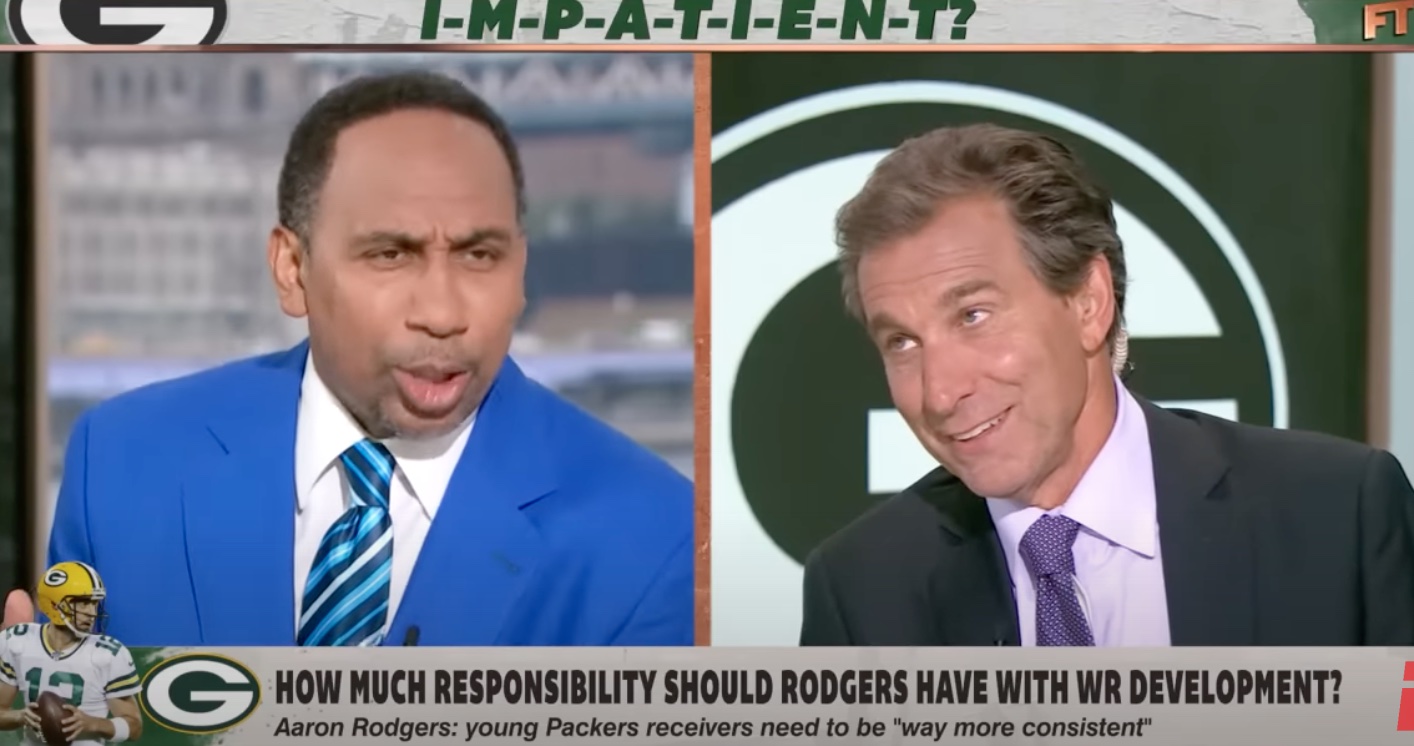 The Packers go into the season for the first time without superstar wide receiver Davante Adams, whom the Packers traded to the Las Vegas Raiders in the offseason.

The Packers have been experiencing issues with wide receivers during the preseason. During the Packers’ game against the San Francisco 49ers, tight end Tyler Davis, 25, and rookie wide receiver Romeo Doubs, 22, dropped passes thrown by quarterback Jordan Love. Both drops resulted in interceptions. Rodgers did not play in the game.

During the Packers’ joint practice with the New Orleans Saints on Tuesday, Doubs dropped a 70-yard pass from Rodgers.

Romeo Doubs (with the 1s) gets separation on a double move down the sideline but drops a sure-fire 70 yard touchdown pass from Aaron Rodgers. pic.twitter.com/qi7ZMx5bJr

Rodgers expressed his frustration with his young receivers.

“Repeat mistakes are a problem. So we just got to clean those things up a little bit. The young guys, are got to be way more consistent. A lot of drops, a lot of running the wrong route. So we got to get better in that area,” he said on Tuesday. “We’re going to play our best guys when the season starts. And whoever those guys are, those guys are going to get the reps. And it’s the guys I trust the most, and guys that the coaching staff trust the most.”

During Wednesday’s First Take, Russo blasted Rodgers for the criticism.

How about him being a little positive with it? I mean, they’re running the wrong route? How about playing a little preseason football if you’re so wrapped up about it! He says it’s a waste of time. Well, go out there and play a quarter for crying out loud! When you’re making $50 million a year … and you have not played great, I don’t want to hear moaning and groaning about your young receivers! Go out and make them better. That’s what quarterbacks do. They make people around them better.

Russo also had this advice for Rodgers: “And if they [the receivers] drop a pass? Go back to them! Don’t ignore them for the rest of the game and walking off the field, pointing to God, ‘How could you give me this wacky assortment of wideouts!”

Smith defended Rodgers and said “everything ain’t on him.”

“These are not rookies that we’re talking about,” said Smith, citing the veteran wide receivers Allen Lazard and Sammy Watkins, tight end Robert Tonyan, and other key offensive players.

Smith said that while it was “inexcusable” how Rodgers played in the most recent playoff loss against the 49ers, where he went 20-29 and the Packers scored just 10 points, Rodgers is “as a talent, the greatest quarterback we have ever seen.”

At the end of the day, said Smith, the onus is on the receivers.

“If I’m a receiver and Aaron Rodgers is my quarterback, there is some level of culpability that falls on my shoulders,” he said.

Following Smith and Russo going back and forth, yelling at each other, Smith retorted to Russo that Rodgers is “still that bad brother! You show him some respect! You show him the respect that he deserves!”

Watch above, via ESPN.

Is it a cold, flu or Covid? Key symptoms as…