A Global Censorship Agenda Is Circling The Planet -Are The Cyber Police Coming? – The Published Reporter® 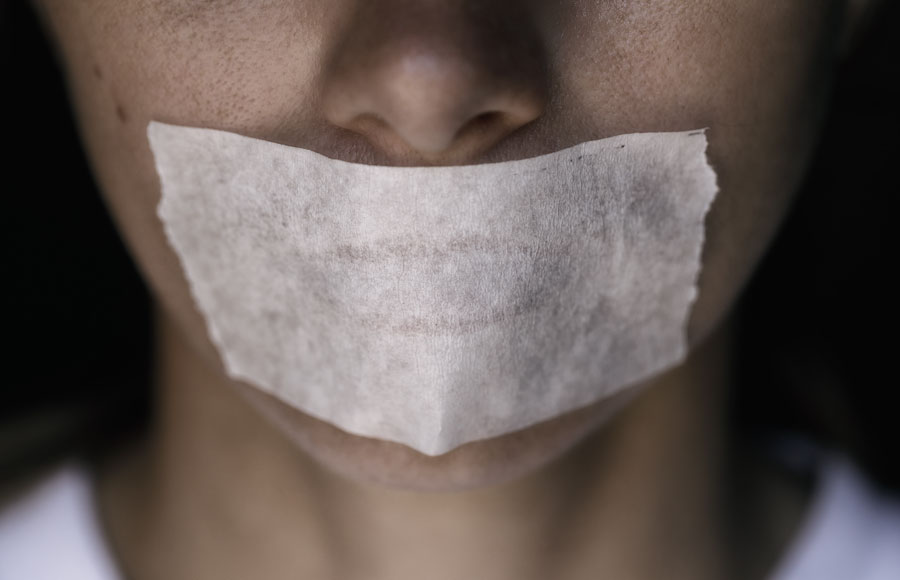 PORTSMOUTH, OH – Censorship of communication was not born amidst the coronavirus crisis, but what happened during and after certainly accelerated suppression of freedom around globe. America’s First Amendment established freedom of speech and operated as a lighthouse for the countries of the world.

Congress shall make no law respecting an establishment of religion, or prohibiting the free exercise thereof; or abridging the freedom of speech, or of the press; or the right of the people peaceably to assemble, and to petition the Government for a redress of grievances.

“Governments are using the pandemic as a pretext to crack down on free expression and access to information,” proclaimed Freedom House, the oldest American organization devoted to the support and defense of democracy around the world, in 2020.

From the onset of COVID-19, however, political considerations clashed with concerns about public health and free expression. Authorities blocked legitimate websites, ordered the removal of unwanted content, and most egregiously, shut down internet service altogether. Officials have reinforced these controls by criminalizing more categories of online expression and arresting journalists, activists, and members of the public for speaking out about the government’s performance.

To suppress unfavorable health statistics, critical reporting, and other COVID-19 content, governments in at least 28 of the 65 countries assessed by Freedom House (Freedom on the Net) blocked websites or forced users, social media platforms, or online outlets to delete information.

Of course, the expectation of censorship in the communistic countries of China, North Korean, Cuba, Lao, and Vietnam is obvious and reasonable – but not in sovereign nations.

“The first thing dictators do is finish free press, to establish censorship. There is no doubt that a free press is the first enemy of dictatorship.” –Fidel Castro

Censorship in the U.S.

In reference to the COVID-19 pandemic, a 2021 opinion piece in Newsweek surmised, “Free peoples begin their descent to unfreedom when they permit their leaders to grab powers in violation of their natural rights on grounds of public health and national security. Typically, this process begins with seemingly minor interventions in the most seemingly unobjectionable areas, so as to generate the least resistance.”

Pandemic fearmonger tactics by the self-proclaimed Czar of Science Anthony Fauci and the mainstream media mafia started the censorship ball rolling and it hasn’t stopping bouncing.

“If the freedom of speech is taken away then dumb and silent, we may be led, like sheep to the slaughter.” –George Washington

“A media company that employs right wing talk-radio hosts, including Mark Levin, Ben Shapiro, and Dan Bongino, circulated a memo after the pro-Trump riots on Capitol Hill telling hosts to dial down allegations of election fraud, or else face termination,” according to a 2021 article in National Review.

In 2021, Project Veritas released a video exposing a senior executive at Twitter, Vijaya Gadde, detailing plans to replicate censorship measures around the world. The article titled, “Twitter Senior Executive Details Plans for Political Censorship on a Global Scale,” reveals the squashing of freedom of speech.

Gadde states, “We think that the severity of what’s happening on the ground, coupled with the information that’s contained in these [election fraud] tweets — misleading information about the election being stolen and massive fraud around the election are what is changing our analysis of how we should enforce this [civic integrity] policy. It [election fraud tweets] is a much more severe violation given what we were seeing on the ground.”

According to Project Veritas’ website, in April 2021, Project Veritas sued CNN for defamation after host Ana Cabrera falsely stated that the Project Veritas Twitter account was permanently suspended as part of a “crackdown” on “the spread of misinformation.” This reporting directly contradicted Twitter’s public statements, CNN’s prior coverage, and Ana Cabrera’s prior statements, that our account was suspended for allegedly violating Twitter’s anti-doxing policy after we released a video requesting comment from Facebook Executive Guy Rosen, a common journalistic practice engaged in by outlets such as CNN. CNN is in the process of filing a response.

Censorship in Other Countries

In 2020, The World Economic Forum in Switzerland recruited 110,000 information volunteers to prevent “misinformation” about COVID-19.

As the United Kingdom’s Daily Mail notes in a 2022 article, Turkey’s President Recep Tayyip Erdogan is suing a French magazine Le Point for criticizing his invasion against the Kurds in Syria. The cover Le Point “published a picture of Erdogan giving a military salute with the subtitle ‘Ethnic cleansing: the Erdogan method’, provoking sharp criticism from Turkish government officials.”

Censorship and the United Nations

In 2020, the UN launched the Pause campaign, the “first global behavior change campaign on misinformation to mobilize experts and researchers, governments, influencers, civil society, businesses, regulators and the media under a single message of #PledgetoPause” to combat misinformation and “share stories of global solidarity around COVID-19.”

Censorship and The World Health Organization

“Soon after the world started getting used to the terms coronavirus and COVID-19, WHO coined another word: “infodemic” – an overabundance of information and the rapid spread of misleading or fabricated news, images, and videos. Like the virus, it is highly contagious and grows exponentially. It also complicates COVID-19 pandemic response efforts.”

In April of 2022, Joe Biden came under fire for the creation of a “dystopian” disinformation bureau created under his Homeland Security department, which critics blasted as just a way for the government to police free speech online, reported the New York Post.

In August of 2022, Mark Zuckerberg, CEO of Facebook/Meta admitted to the mistake of banning the sharing of The Post’s exclusive report on Hunter Biden’s laptop ahead of the 2020 election, after a visit from the FBI.

The censorship agenda of mainstream media, big tech, and the Biden administration will be stopped by the unity and gathering of freedom-loving citizens as truth stands up and speaks out in faith not fear.

Sen. Warren demands answers from Silvergate Bank about its business dealings with FTX

How to get a HBO Max free trial

The UK and its Aukus allies push on towards…