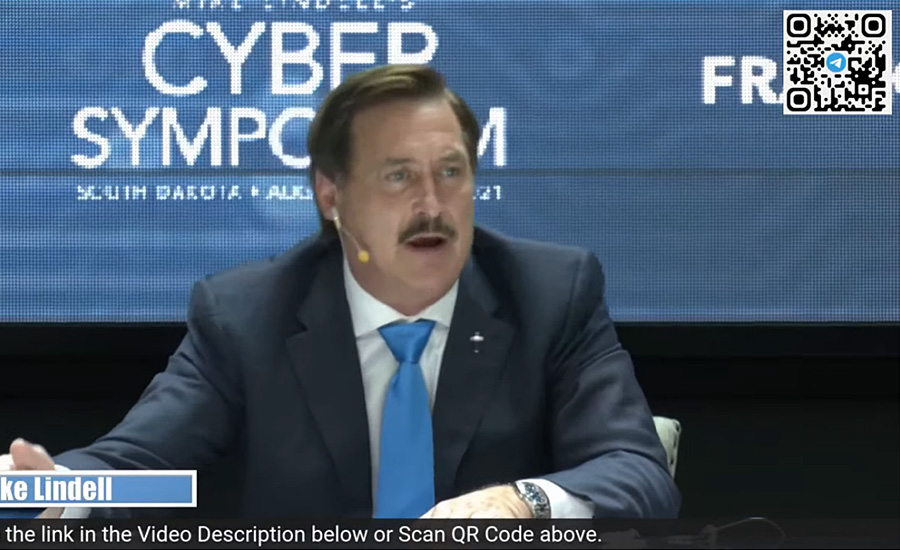 UPDATE: According to The Palmieri Report, The Washington Times has issued a “major clarification” to their story affecting two key facts which The Published Reporter believes now severely damages any of the credibility of this entire narrative told by the Times. Furthermore, The Times also corrected information related to the $5 million challenge that was within the article while it was not within the clarification text.

SIOUX FALLS, SD – According to an exclusive interview in the Washington Times, Mike Lindell has withdrawn his offer of $5 million to anyone who could disprove his “absolute proof” that the 2020 election was hacked by China after his own cyber expert admitted during an interview that the MyPillow Guy’s “absolute proof” is actually “zero proof.”

Lindell, 60, held a Sioux Falls, South Dakota-based, three-day “cyber symposium” this week where he had originally offered a $5 million reward to anyone who could prove that his evidence was “not valid data from the November 2020 election.”

Lindell’s proof was purportedly in the form of a mind-boggling “37 terabytes” of “packet captures” – a term for intercepting a data packet that is crossing or moving over a specific computer network – allegedly from foreign computers to election computers in U.S. counties, which he claimed will cement the claim that millions of votes were electronically flipped in favor of Joe Biden, essentially stealing the 2020 election from Donald Trump.

However, that $5 million offer is no longer being offered, as confirmed my Lindell’s lead cyber expert Josh Merritt during an interview on Wednesday with The Washington Times, where he acknowledged that the data that Lindell had promised to reveal at his cyber symposium didn’t actually exist.

Several cyber experts had attended the first day of the symposium to examine his packet captures and were angered when Lindell failed to produce any data, with one of the attendees saying that what little they did eventually get to see was “random garbage that wastes our time.”

Merritt confirmed in his interview that Lindell actually had no legitimate data to reveal, saying that the “packet captures are unrecoverable in the data” and “the data, as provided, cannot prove a cyber intrusion by China.”

Merritt even went so far as to call Lindell’s data a “turd,” although he did still claim that the data could potentially provide some evidence of manipulated votes.

“So our team said, we’re not going to say that this is legitimate if we don’t have confidence in the information,” Merritt said. “We were handed a turd. And I had to take that turd and turn it into a diamond. And that’s what I think we did.”

Lindell had previously claimed that his evidence of widespread election fraud was irrefutable that the Supreme Court would vote 9-0 to reinstate Trump as president. The pillow salesman has long been a staunch Trump ally, and has repeatedly maintained that the election was stolen from the former president; to that end, he has adhered to numerous debunked conspiracy theories, produced three fact-free documentary films, and has repeatedly claimed that he is in possession of “absolute proof” that many now call anything but.

In addition, Lindell has also repeatedly claimed that Dominion Voting Systems had rigged the election, eventually earning himself a $1.3 billion defamation suit filed in February by the election machine manufacturer. On Wednesday, a judge denied Lindell’s bid to have the case dismissed; he was seen suddenly dashing off the stage at his symposium at the time that news of the ruling broke, after having previously vowed to stay up there non-stop for 72 hours straight.