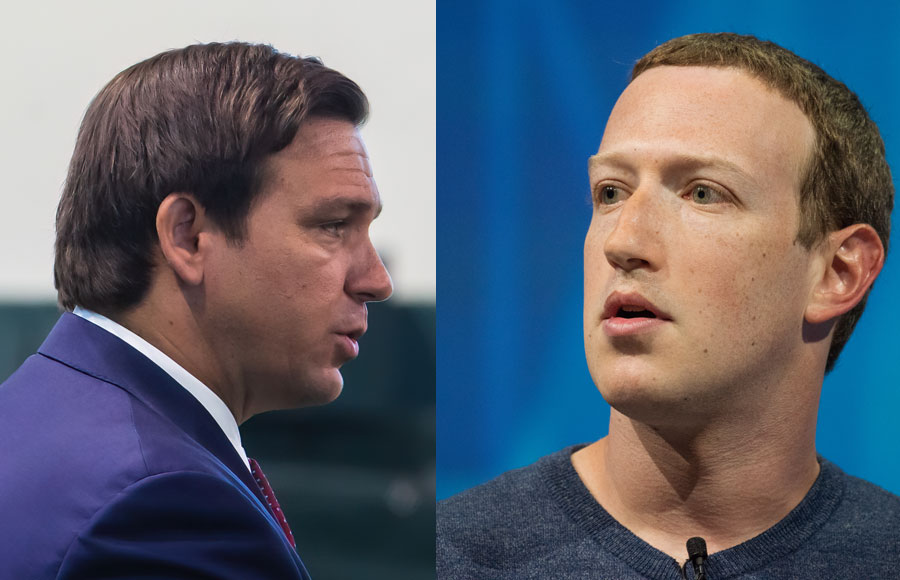 TALLAHASSEE, FL – Florida Governor Ron DeSantis this week asked his secretary of state to investigate Facebook for allegations of election interference, although it’s not currently known what laws DeSantis is claiming that the social media giant may have broken.

DeSantis is alleging that a program that Facebook has essentially “whitelists” certain “elite” users of the platform – making them immune to the social media website’s content guidelines and allowing them to post content that otherwise would not be allowed – may have afforded certain incumbent politicians “an advantage over challengers.”

The whitelisting program is available for certain high-profile athletes, politicians, and government officials; however, not all politicians are included, which would indeed provide an advantage to elected individuals that were on the list if they were running for re-election.

DeSantis wrote a letter to Florida Secretary of State Laurel Lee, instructing her to look into any election-related issues related to Facebook’s program using any means at her disposal.

“Your office should use all legal means to uncover any such violations, including but not limited to, issuing subpoenas, conducting witness interviews, reviewing all available information and consulting with law enforcement,” DeSantis said.

Later, DeSantis’ spokesperson Christina Pushaw issued a statement, saying that “If Facebook’s double standards amounted to interference in state and local races, then Floridians deserve to know the extent.”

DeSantis has repeatedly clashed with social media and tech companies in the past, with him claiming that they often target conservative viewpoints for censorship after the removal of several key Republicans from their platforms, including former President Donald Trump.

The Florida governor, to combat that alleged bias, signed a bill in May aimed at cracking down on social media platforms such as Facebook, Twitter, and Instagram, prohibiting them from de-platforming Floridian political candidates and demanding transparency about their content moderation practices, under pain of steep fines. However, a federal judge blocked the law due to potential violations of the First Amendment.

I’m gutted I won’t see my parents this Christmas

Queer sex is fun, but not everybody gets what they deserve, study finds

Valve warns against squeezing a larger SSD into your Steam Deck

Author V.E. Schwab on writing monsters to help her…

Help! My Husband Resents My Summers Off