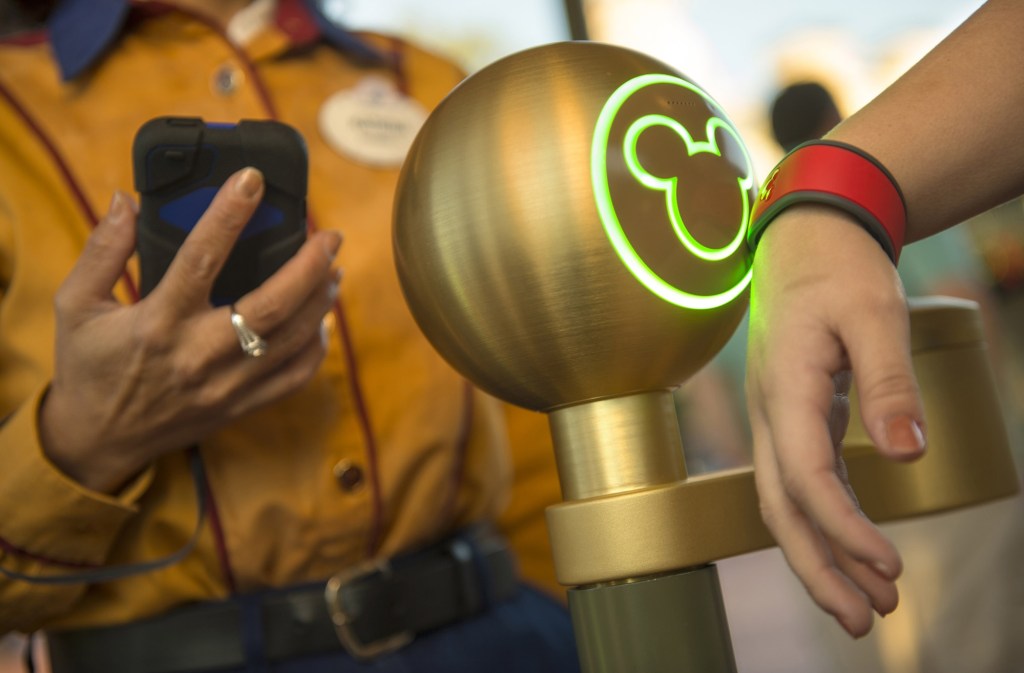 Wearable tech bracelets that have become an essential part of any trip to Walt Disney World will soon be coming to Disneyland as a way to track and collect data on visitors and create “magical moments” as they move around the Anaheim theme park and the nearby Disney hotels.

The next generation of the Magic Band wearable tech will be coming to Disneyland and Disney California Adventure in 2022, according to Disney Parks chairman Josh D’Amaro.

D’Amaro made the announcement on Saturday, Nov. 20, during the Destination D23 fan convention at Walt Disney World in Florida.

Disney Magic Bands have been an essential part of any visit to Disney’s Florida theme parks since 2013, but wearable tech devices haven’t made the trip west to Disney’s California parks — until now.

The Magic Bands — similar in size to a FitBit — are plastic bracelets that use radio-frequency identification (RFID) electromagnetic fields to identify and track Disney World visitors and collect user data during their stays at the Florida theme park resort.

Disney World visitors use Magic Bands in place of theme park tickets and hotel room keys as well as to make payments and unlock in-park experiences. The Magic Bands are also used as part of Disney’s PhotoPass program and as a way to interact with some theme park attractions.

D’Amaro said the hands-free convenience of the next gen Magic Bands are designed to “enhance the guest experience” and “unlock unique moments of magic” at Disneyland and Disney California Adventure.

More than 29 million Magic Bands have been produced since their introduction.

The Magic Bands coming to Disneyland won’t have the same exact functionality as the Disney World Magic Bands. Some features will vary at Disneyland.

Magic Bands from the Walt Disney World resort will work at the Disneyland resort.

Disney World gave away generic Magic Bands to hotel guests and annual passholders for years — before ending the freebies.

Magic Bands can be upgraded to dozens of styles in a variety of colors and designs featuring Disney, Pixar, Star Wars and Marvel characters. Base models in solid colors start at $20 with designer models going for more than $50, according to the ShopDisney website.

Denial of responsibility! Yours Bulletin is an automatic aggregator of the all world’s media. In each content, the hyperlink to the primary source is specified. All trademarks belong to their rightful owners, all materials to their authors. If you are the owner of the content and do not want us to publish your materials, please contact us by email – [email protected]. The content will be deleted within 24 hours.
AnaheimdataDisneylandhotelstheme parkWalt Disney Worldwearable tech bracelets
0
Share

Best Black Friday hotel deals for 2021 to look out for

Mum divides opinion after sharing photo of the whopping packed lunch she gives her teenage son… so is it too much food?

Google tells workers they can relocate ‘without justification’ following…

Next Jeep Cherokee to be larger, offer…

A look at the Supreme Court’s recent ruling and…