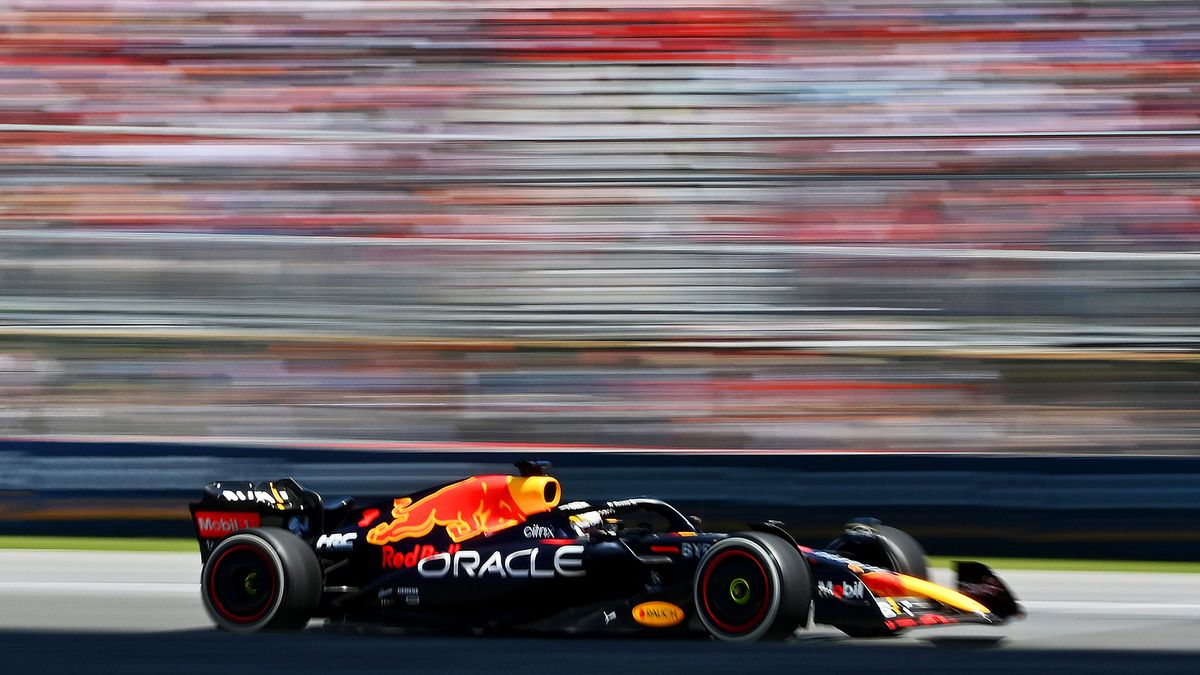 The British Grand Prix live stream is always one of the highlights of the F1 calendar — and you can watch it all online from anywhere.

So read on and we’ll show you how to watch F1 live streams from anywhere with a VPN (opens in new tab), potentially for FREE.

Silverstone usually serves up a thrilling race, not least because the weather is so unpredictable, and that was certainly the case yesterday. Qualifying was in the wet, and it was Ferrari’s Carlos Sainz who took pole — the Spaniard’s first ever pole, in his 150th race start.

Red Bull’s Max Verstappen looked to have taken top spot, but Sainz was marginally quicker in his final run, with his team-mate Charles Leclerc in third and Sergio Perez in the other Red Bull fourth.

Mercedes had hoped to be challenging for the front row after bringing a big upgrades package to Silverstone, but Lewis Hamilton had to settle for fifth, while George Russell was only eighth.

It’s all set up to be a thrilling race, then, and there are multiple ways to watch — including some free options. So read on and we’ll show you how to watch the F1 British Grand Prix live stream.

And don’t forget to check out our full 2022 F1 live streams hub for more information including the current standings and the full schedule.

If you’re lucky enough to live in the U.K. (or Austria or Luxembourg) then you can enjoy every second of the F1 British Grand Prix live stream for FREE.

But what if you’re usually based in one of those countries but aren’t at home for the British Grand Prix live stream? Maybe you’re on holiday and don’t want to spend money on pay TV in another country, when you’d usually be able to watch for free at home?

Don’t worry — you can watch it via a VPN instead. To take the U.K. as an option, a Brit who’s currently outside of the country could tune into All 4 for British Grand Prix coverage simply by signing up for a free account then using one of the best VPN services. Our favorite right now is ExpressVPN (opens in new tab), but you’ll find others in our best VPN services list.

Using a VPN is incredibly simple.

1. Install the VPN of your choice. As we’ve said, ExpressVPN (opens in new tab) is our favorite.

2. Choose the location you wish to connect to in the VPN app. For instance if you’re in the U.S. and want to view a U.K. service, you’d select U.K. from the list.

3. Sit back and enjoy the action. Head to All 4 or another website and watch the race.

The F1 British Grand Prix live stream will be on ESPN, with coverage split across the ESPN2 and ESPNU channels over the course of the three days.

ESPN is available through most cable packages as well as cable TV replacement services, including Sling TV, Fubo.TV, YouTube TV and Hulu with Live TV.

Our pick of these would be Sling TV: the Sling Orange package costs just $35 per month and comes with more than 30 channels including ESPN. Plus, right now Sling is offering 50% off the first month (opens in new tab).

As well as being available through your cable service, you can also stream the action via the ESPN app, or on the Watch section of ESPN’s website. However, you’ll need to authenticate with your satellite, cable or live TV provider credentials to watch any sessions.

If you don’t want to pay for live ESPN in some fashion or another, your best alternative is F1 TV Pro (opens in new tab). This is F1’s own official F1 live stream service, and as with ESPN’s own coverage, it uses the feed from Sky Sports F1.

F1 TV Pro costs $10 per month or $80 for the season, which is much better value considering there are 22 races this year. Plus you also get Formula 2, Formula 3 and Porsche Supercup races, and F1’s archive of classic Grands Prix.

And remember, if you’re usually based in the U.S. but aren’t there at the moment, you can still watch the services you already subscribe to via a VPN such as ExpressVPN (opens in new tab) — meaning you can view the F1 British Grand Prix live stream from anywhere in the world.

Brits have more options than usual for the British Grand Prix live stream, because both Channel 4 and Sky Sports F1 have the rights to show the whole thing.

That means that Brits can watch every session for FREE on either Channel 4 or its All 4 (opens in new tab) streaming service.

Of course Sky will still show the 2022 British Grand Prix live stream too, and in up to 4K resolution.

You’ll need to be a Sky Sports (opens in new tab) subscriber to watch it: the Sky Sports F1 channel is available for £18 per month, and there are packages available that give you lots more channels for only a bit extra.

To follow it in ultra high-definition 4K, you’ll need to pay a little more: you’ll need a Sky Q set-top box or Sky Glass and a package that includes both Ultra HD and Sky Sports F1. In total, that’d come to at least £45 a month, plus a £20 one-off payment if you’re not an existing subscriber.

A far cheaper option is to buy a Now Sports Pass (opens in new tab). This will give you all 11 of the Sky Sports channels for a limited time, with pricing starting at £9.99 for a Day Pass and £33.99 for one month. There’s no 4K available here, though.

Again, if you’re usually based in the U.K. but are elsewhere at the moment, you can still watch the services you subscribe to by using one of the best VPN services.

TSN has the British Grand Prix live stream in Canada in English, while RDS has coverage in French. F1 TV Pro (opens in new tab) also remains an option for fans.

All sessions are broadcast on TSN, and if you receive the network through your cable or satellite provider, you can use TSN Go by signing in with your TV service credentials. Cord-cutters will want to check out TSN Direct (opens in new tab), which comes in day- and month-long passes for $8 or $20 CAD, respectively. The TSN app (opens in new tab) will allow you to live stream the race from your phone, streaming box or supported device.

Not actually in Canada at the moment? ExpressVPN (opens in new tab) and other VPN services can help you access the services you already subscribe to.

Fox Sports has the rights to the F1 British Grand Prix live stream in Australia, which means you can watch all the action from Montreal online via Foxtel (opens in new tab).

Kayo Sports (opens in new tab) is another option. This service offers new subscribers a 14-day free trial, while one-month subscriptions start at $25 — meaning you could sign up now and watch the British Grand Prix for free.

To use either of these services when you’re elsewhere you’ll also need one of the best VPN services to follow the action from your home country. We highly recommend ExpressVPN (opens in new tab).

The British Grand Prix weekend started yesterday (Friday, July 1) with practice 1 and practice 2. Practice 3 and qualifying are today and the race is on Sunday (July 3).

Paraguay vice president to quit after US alleges…